Last week, Autosport and Motorsport.com revealed the first renderings of the car before the final design was completed.

While those images featured few new-for-2017 details on the car, the latest pictures of the real car still give little away, but they show the FW40 does feature a large shark fin as seen on the majority of F1 cars launched so far.

The noticeable slot in the nose, which appears to be the exit for an s-duct, still features on the car, although the details around the bargeboard area - which has been opened up under the new regulations for this year - remain largely under wraps in the lastest pictures. 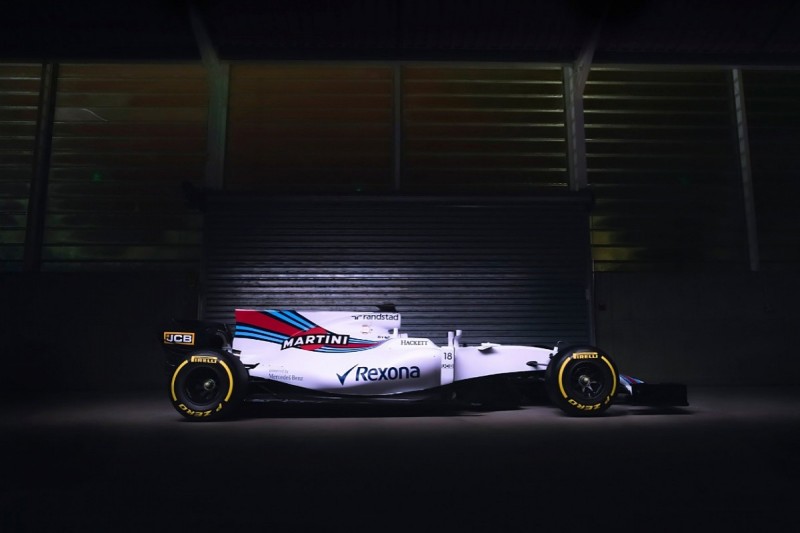 Felipe Massa will be the first to drive the FW40 when pre-season testing begins at Barcelona on Monday.

He will then rotate with rookie Lance Stroll, with the Canadian getting his first opportunity behind the wheel of the new car on Tuesday.

The official Williams release means just Red Bull, Toro Rosso and Haas have yet to unveil their 2017 cars, with the trio set to do so on Sunday.