Why Verstappen was penalised for clashing with Hamilton in Brazilian GP

Max Verstappen and Lewis Hamilton may not have gone wheel-to-wheel much in Formula 1 this year, but Sunday’s incident at Interlagos proved there’s no love lost between them.

Verstappen’s racecraft and conduct in close battles has been widely praised this year. But it was the Red Bull driver who copped a penalty for causing a collision with Hamilton as they fought for second place on the first safety car restart, the pair touching through the Senna esses.

Verstappen had taken the high line into Turn 1 in a bid to get the inside for the switchback and to pass Hamilton, knowing he had to be aggressive if he wanted to take the fight to Mercedes given his sprint race struggles.

But Verstappen appeared to run out of room as the apex neared, something he blamed on Hamilton. As he made his way back to the pits to get a new front wing, Verstappen claimed Hamilton left him no room. Hamilton, meanwhile, said on the radio that it was “no racing incident.”

The stewards handed Verstappen a five-second penalty for the collision, but many fans were left undecided over who was to blame. It was even noted in the stewards’ ruling that Hamilton could have left a bit more room, meaning Verstappen was “predominantly”, not “wholly”, to blame.

The debate over such overtaking moves and who has the right to a corner was more apparent last year, particularly through the on-track duels between Verstappen and Hamilton, the former getting his elbows out sometimes a little too sharply. Ahead of the 2022 season, a set of guidelines were issued to drivers about overtaking conduct that go some way to explaining why Verstappen received the penalty he did at Interlagos. 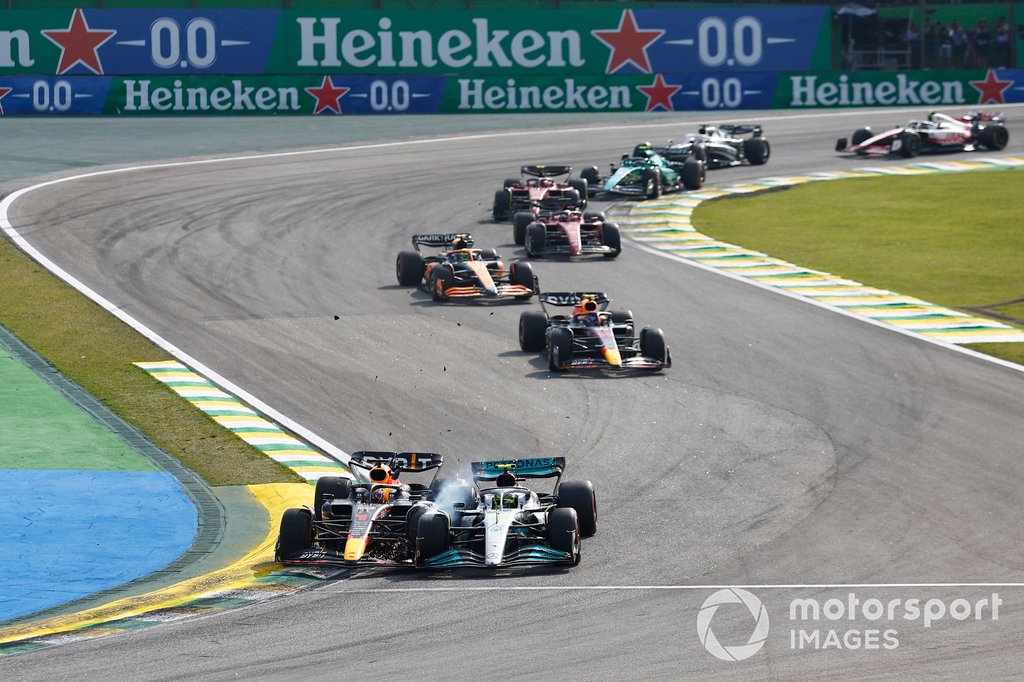 According to the guidelines, in order for a driver overtaking on the inside to be given sufficient room, it had to have a “significant portion” of the car alongside. The overtaking manoeuvre must be done in a safe and controlled manner.

What is defined as a “significant portion” is at the stewards’ discretion, but a main consideration has to be if the overtaking car’s front tyres are alongside the other car by no later than the apex of the corner.

Although Verstappen’s front wheels were alongside Hamilton’s car - in line with his sidepod - as they neared the apex, the stewards did not feel there was complete control, claiming his overtake at Turn 1 had not been completed.

“Verstappen attempted to pass Hamilton on the outside of Turn 1 by braking very late,” read the stewards’ report. “He did not complete the pass in Turn 1 and his excess speed compromised his entry into Turn 2, at which point he made contact with Hamilton.”

So while Verstappen may have technically had a significant portion of his car alongside Hamilton’s, the speed he was carrying meant it could not be done in a safe and controlled manner.

Hamilton had little to say after the race about the incident, but looked dimly on Verstappen’s move in parc ferme, simply saying: “Well, you know how it is with Max…”

Pressed further on what he meant in the post-race press conference, Hamilton explained that he thought it was "natural when you have the success and the numbers on your chest, that you become a bit of a target.”

“But it's OK,” he added. “It’s nothing that I have not dealt with before.” 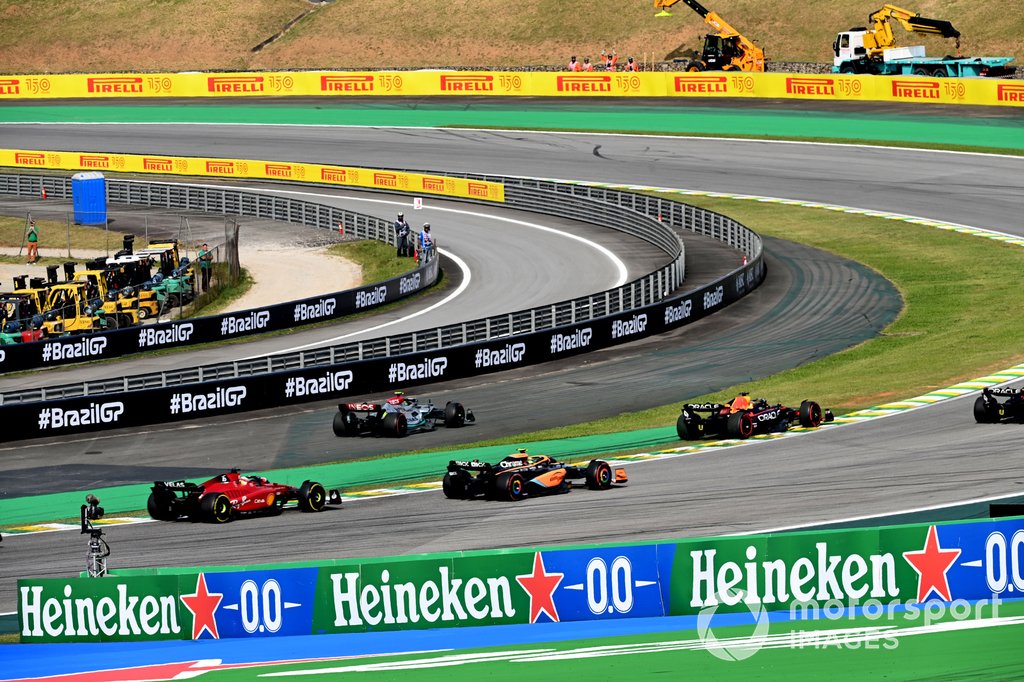 Verstappen stuck to his guns after the race, saying that he felt there was “zero intention” from Hamilton to give him any room in the corner. “If he would have just moved a little bit, he probably would have stayed ahead anyway,” he said. “It’s a shame. I want to race. I want to have a good fight, but when the other one doesn't want to work with you…”

The dust may have long settled on their 2021 title fight, but Interlagos showed that future wheel-to-wheel fights between Verstappen and Hamilton will remain a talking point moving forward - even when the rules are clearer now to define who is in the right and who is in the wrong.