Why Verstappen was crowned champion despite shortened Japanese GP

Max Verstappen's crowning as Formula 1 world champion at the Japanese Grand Prix came in hugely confusing circumstances as fans and media were left unsure about if he had done enough.

With the Suzuka event not getting near to full distance because of bad weather, many believed that the Dutchman would not be awarded the points he needed to put the title beyond the reaches of nearest rivals Charles Leclerc and Sergio Perez.

As a result of the washout at last year's Belgian Grand Prix, the FIA had made a big deal about a revised points structure that only awarded a certain percentage of the tally if races didn't run all the way.

Aimed specifically at ensuring that points would not be awarded for races that never got going under green flag conditions, the rules also laid out a new strict points tally for cases in which the grand prix did not reach full distance.

For winning a race that had completed two laps but less than 25% race distance, a winner would get six points.

With the Japanese GP running to 28 laps - just more than 52% – many had been under the impression that Verstappen would get 19 for his win, with Perez getting 14 for second and Leclerc 12 for third. 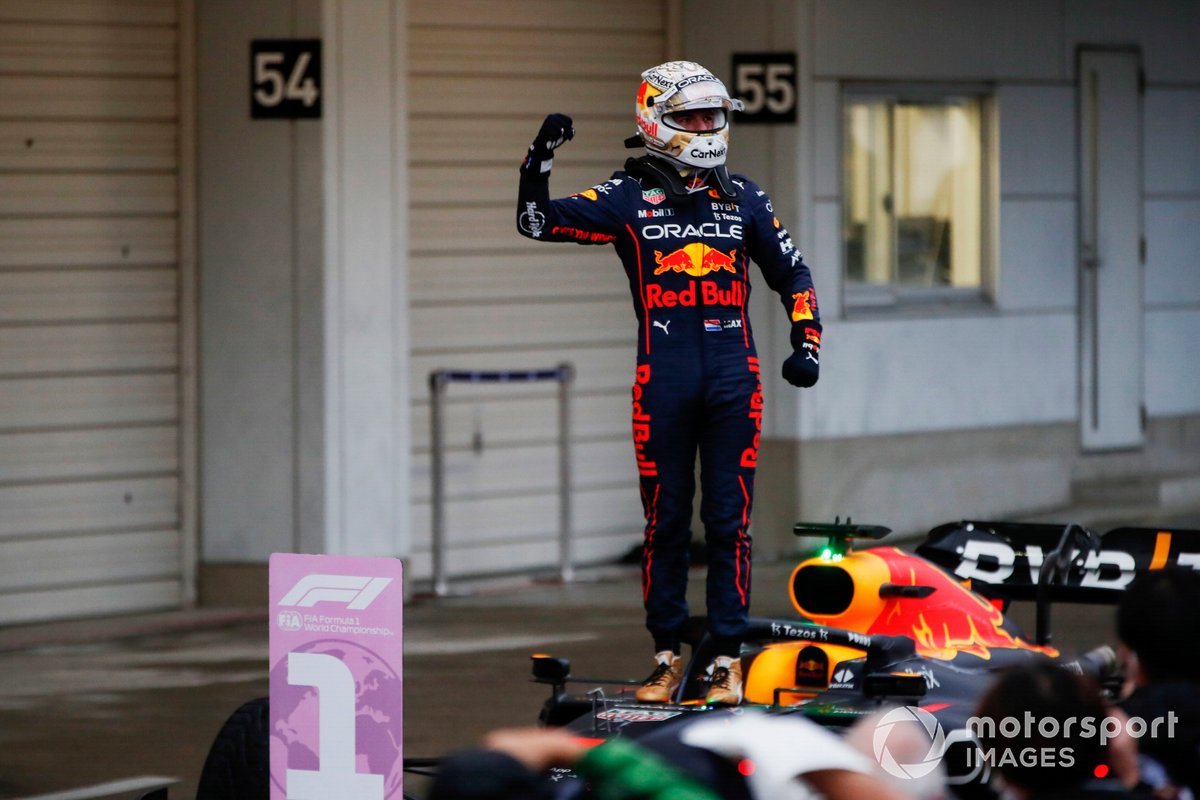 If that were the case, then the final result in Suzuka, once Leclerc's five-second penalty was applied, would have left Verstappen one point short of what he needed.

However, the wording of the regulation does not cover all occasions when races do not go to full distance.

Instead, it is specific that it only refers to races that have been stopped and cannot be restarted.

The Japanese GP did not fall under this, however, because it ran to the chequered flag as it had hit the three-hour maximum event limit.

That meant that the awarding of points was not dependent on the final distance covered.

The FIA later clarified: "The rules regarding the reduced points allocation (article 6.5) only apply in the event of race suspension that cannot be resumed, and therefore full points are awarded and Max Verstappen is world champion."