When Ross Brawn suggested back in June that Formula 1 could run on the Bahrain 'almost oval' track, it was thought by many as an exciting but unrealistic possibility

After all, F1 has proved itself time and again to be a bit conservative when it comes to moving away from the norm - and teams have often been resistant to big changes in the rules or doing things in a totally different way.

Indeed, Brawn's initial comment already had the caveat that there would be potential headaches caused by switching Bahrain's layouts between the two weeks.

"Using two configurations involves quite a lot of work for the riggers - for example the timing needs setting up for two tracks so you need plenty of notice," he said. "That's something we have to take into account."

With endless complications, and some drivers expressing private reservations about how good it will be as an F1 track, many expected that the idea would sadly fall away.

But with the super-short Bahrain layout capturing the imagination of fans (its 2.19-mile layout makes it the second shortest in F1 after Monaco and an 87-lap race distance), F1's owner Liberty Media did not let it slip.

And its confirmation of becoming F1's penultimate round this year is hugely exciting for two reasons.

First of all, it will be something totally different for F1. This is a layout that was probably never originally intended for grand prix cars, and it will deliver something unique. A high-speed short layout should be fun.

Some drivers have talked about it being a tyre attrition race, with the fast and multiple right hand corners meaning the left-hand side rubber is going to take a real pounding. 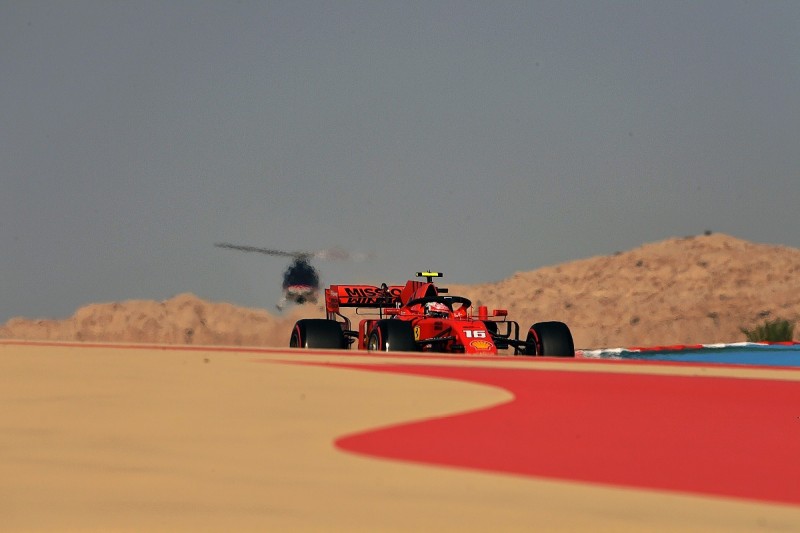 While that's not good for teams and drivers who like things to be more under control, Silverstone's two races this year showed how exciting things can be when the tyres are a headache to manage.

Beyond the specifics of an exciting and all-new layout, though, is that F1's call to go ahead with the 'almost oval' plan shows Liberty is living up to its promises to try to shake things up.

As this year's calendar choice has shown - with Mugello, Imola, Algarve and Istanbul Park being given slots - there has been no playing things conservative with track choices.

F1 could easily have opted for the Formula E solution of six races at a trio of safe tracks in Europe to get its 18 events done. But instead it has made some bold choices.

Sure, the coronavirus pandemic has forced its hand in some respects, but that it's willing to push the boundaries with things like track choices this year, bodes well for what other things it may be willing to do in the future.

That will become especially true when we have a new governance structure from next year which means the series is no longer handcuffed by the need for unanimous team support.

Bring on the Bahrain oval, and bring on more exciting choices for F1.