The transformation in Daniel Ricciardo’s Formula 1 season from the woes before the summer break to his Italian Grand Prix victory was something no-one could have predicted.

As the Australian ended the first half of the season having faced another pointless afternoon in Hungary, on a day when team-mate Lando Norris could have finished on the podium, you could tell that some self-doubts had started to creep in.

Sure he had made some progress in getting on top of the struggles with his car, but for every two steps forward there had often been one step back.

In contrast to the days when Norris was best of the rest behind the top two teams, Ricciardo seemed completely lost at sea. Just look at Monaco where he was lapped by his team-mate.

A few days after the Hungaroring race, we spoke about sim racing for a piece on F1 2021, and he ended our chat with a little joke.

“If the season keeps going shit for me, I’ll just play a bit more…” he laughed.

But when Ricciardo returned for the Belgian Grand Prix at the end of August, the gaming Plan B wasn’t going to be required. There was an instant change in him.

More at home with the car, he got through to Q3 and set the fourth fastest time in the wet qualifying session at Spa: having faced elements that truly challenge how comfortable a driver is with his machinery.

Zandvoort was more difficult, as McLaren faced a track that didn’t suit its chassis at all. But, from the moment he hit the ground at Monza on the Friday, something clicked inside him.

The pace was there, and all the unease he had faced in hustling the MCL35M through the early phases of corners at the start of the season, had gone. On the brakes, one of the key factors needed to be quick at Monza, he was on it.

In Q3 it was nip and tuck with team-mate Norris as they grabbed fourth and fifth on the grid for the sprint.

But the frustration at missing out on third place – by just 0.029 seconds – left him in, what he called, a ‘rage’.

Ricciardo said: “I call myself a honey badger, because I do have an ability to flip and feel a lot of rage in a short moment of time.

“So that's internally what I feel, but I'm going to be smart, hold it in and use it for good reasons in the sprint and then the race on Sunday.” 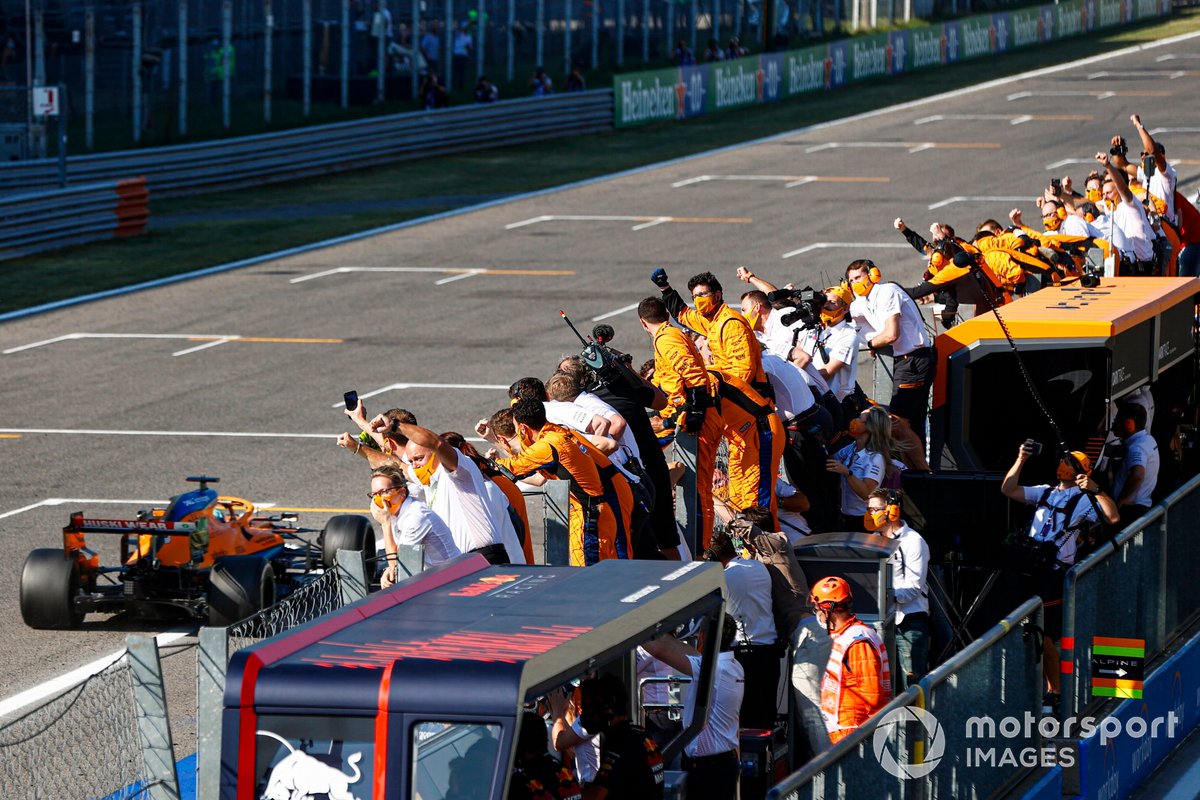 Channel it he did. A great getaway from the grid in the Saturday sprint secured him a front row spot for the race on Sunday; and he knew that if he could get ahead of Max Verstappen at the start then the win was on.

That’s exactly what happened: pulling off a seamless performance under immense pressure to deliver McLaren its first win since 2012 – and confirming the old Ricciardo was back.

But what was most peculiar about Ricciardo’s return to form was that it hadn’t come as the result of some radical new set-up on the car, or a different approach to driving.

Instead, Ricciardo was simply helped by getting away from it all over the summer.

The ongoing frustrations of the first half of the campaign had got him into a spiral of angst: and only by drawing a line in the sand and shutting off from the F1 world, did he break that cycle.

“I never really left, I just moved aside for a while, that’s all,” smiled Ricciardo as he spoke at Monza about what had changed.

“And it’s not even just results. It’s me, personally, internally, I definitely feel a bit more comfortable, and better within myself now.

“So I think yeah just the break, just August, it was good to really just switch off for a little bit. It was hard to get that kind of step back and look from afar and kind of gain perspective. I think it's definitely helped me return to a bit of form.” 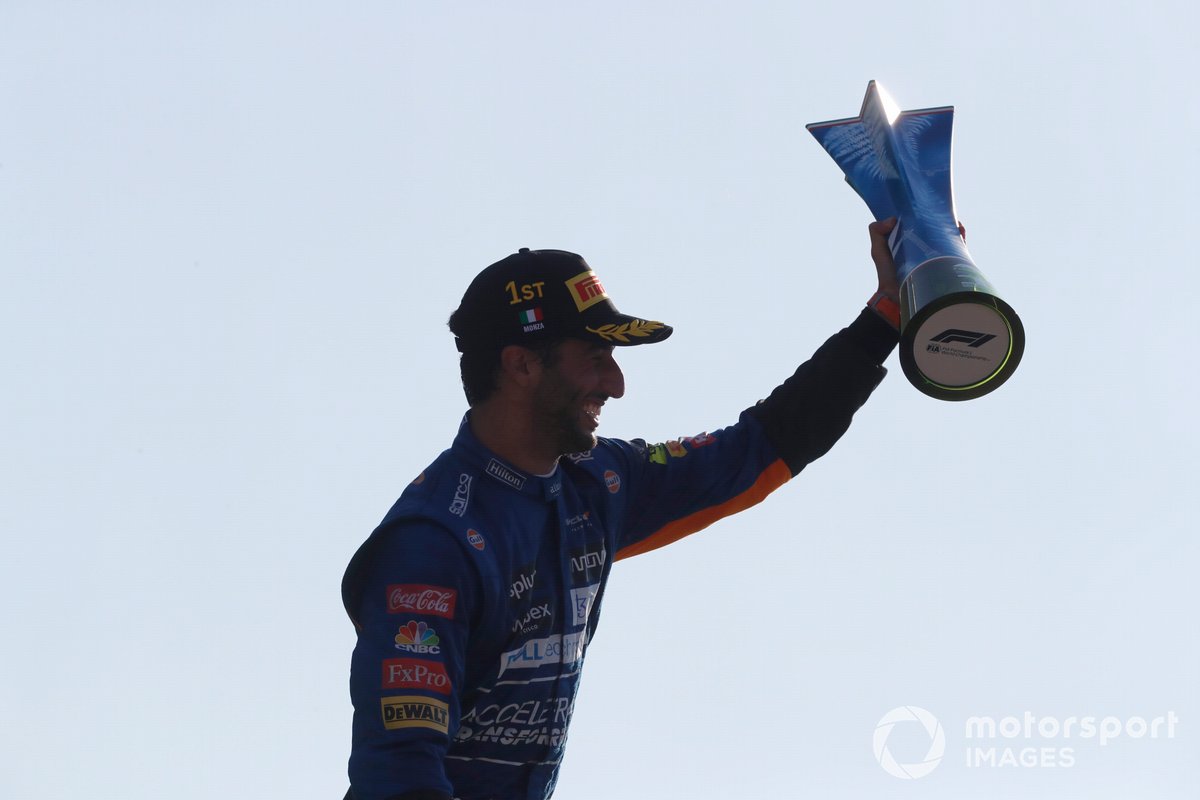 But could it really be true that a simple summer break, of going and thinking about other stuff than F1, was all that Ricciardo needed to resurrect his 2021 campaign? Team boss Andreas Seidl has no doubts.

“He is in a much happier place, which is normal for the guys when they see that they are back to the performance they expect from themselves.”

He added: “I think it’s probably no different to anyone: sometimes it's good to have a break and have a bit of a distance maybe as well, after a very intense period for him that he was putting in a lot of energy together with the team and saw the results didn't come

“Maybe he needed that break to step away a bit, reflect and then come back and apply everything we worked through the first half of the season.

“I’m very happy with that, very happy for him, very happy for the crew as well. It's good to see that all the hard work they were putting together in the first half the season is paying off now, and for us as a team it is important to have both drivers up there at each race weekend in order to make sure we can battle this out with the Ferrari.”

With just a few points in that fight for third place in the constructors’ championship, Ricciardo's summer refresher could not have come at a better time for McLaren.