Haas Formula 1 boss Gunther Steiner has earned his fair share of fans after becoming well known, especially through Netflix’s Drive to Survive, for calling a spade a spade.

Never one to hold back on his true feelings, Steiner can sometimes be pretty brutal when it comes to speaking out about any errors that he, his team and especially his drivers have made in the heat of competition. It’s part of his personality and, far from a boring corporate boss who just spouts PR lines, it has made him a must-speak-to figure in the paddock.

But that is not to say there isn’t a downside to his willingness to tell things exactly how he sees them, because sometimes in life the truth hurts. Criticise individuals too much in public and it can dent morale. Speak down about your drivers too often and it can only serve to heap more pressure on them when perhaps they need as much support as possible.

It was that fine balancing act that Steiner had to judge earlier in the year, when Mick Schumacher endured a run of high-profile crashes as he chased his first F1 points. Steiner did his best to keep pressure off the young German’s shoulders as criticisms were aimed at him from outside, but equally was not afraid to let it be known that he was unhappy with how things were playing out on track.

Some harsh words said about Schumacher after his Monaco accident certainly raised some eyebrows as potentially going too far, but through it all Steiner is clear that it’s better to speak the truth even if sometimes it gets him in hot water.

“I think there's nowhere to hide here,” says Steiner, speaking to Autosport about his management style. “I would rather deal with the truth and deal with the consequences, than not tell the full truth, and then have to deal with: 'I said, he said, what is real?'

“This way, what I say is true and people believe me, because that is what I tell them. And we deal with it and get better. When you have a bad race, you can learn not to do it wrong. It's the same thing here.”

Steiner is aware that tough words can be read by the individuals involved, and feelings may be hurt, but he is clear that he never intends to deliberately upset anyone within his team. 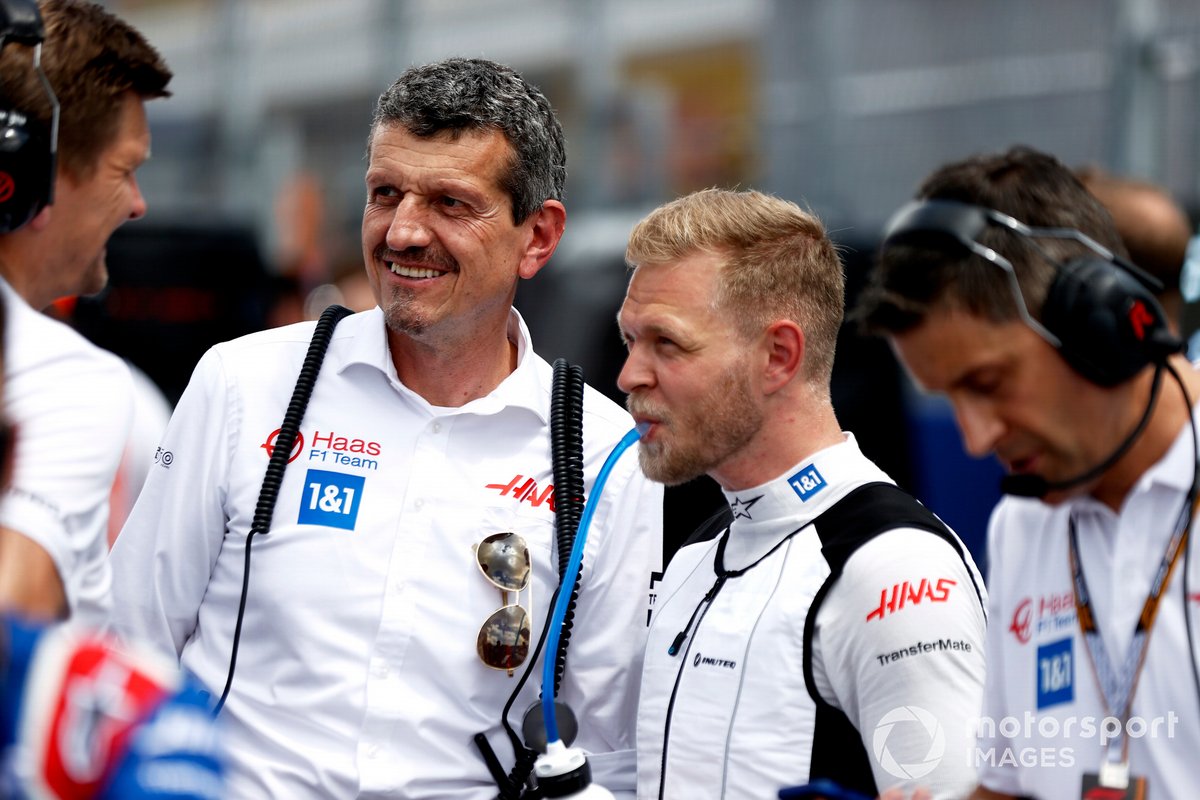 “Obviously, it's always difficult not to hurt any person when you do this, and that is my aim,” he says. “But sometimes a driver, and they are at the front end, if they do a mistake, like when Mick crashes a car, I cannot say: ‘It doesn't matter. I'm pretty happy about it.’

“No, I need to say: ‘No, I'm not happy about that. We will try to get over and I need to find a solution to fill the hole financially.’ But I wouldn't say: 'No, it's no problem.' Because then you guys [the media] will say: ‘Are you stupid or what?’

“So that's my approach to life in general. You know, I just say what I think and hopefully I don't hurt anybody.”

While Steiner had his moments in not being happy about some of Schumacher’s incidents in the earlier part of the campaign, he is optimistic that the youngster is now much improved after his good points-scoring results in the British and Austrian Grands Prix.

Reflecting on how he dealt with Schumacher’s ups and downs, Steiner said that key for him was not actually trying to get too involved in offering specific driving advice. Instead, it was about empowering Schumacher to know that he was being given every opportunity to show what he can do.

“I think a lot of pressure was brought from outside into him, and I don't know how he deals with that one, because he's doing his own thing there,” he says. “But I think on what I always do, and always will do as team principal, is I give them the same opportunity as the other driver.

PLUS: Why F1's chess master isn't worried by self-doubt

“And as long as you keep that, you can look in both drivers’ eyes and say: ‘Hey, this is what you've got, it's now down to you to find a solution to it because I cannot drive the race car. I know it's not going as you wanted to go. But keep on trying, this is the same opportunity.’ 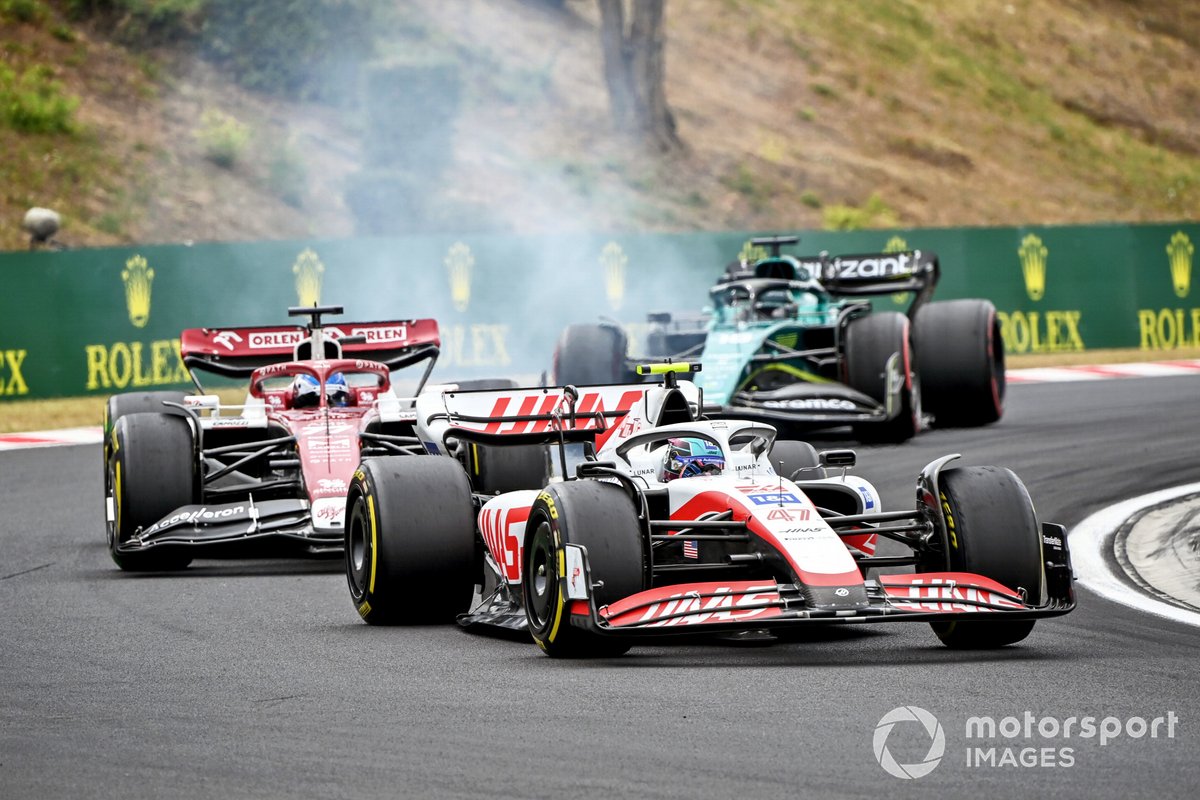 “Other than the upgrade in Hungary, everything was always equal treatment, and with strategy, the same thing. So that is the only thing that I can try to stabilise: so that he stays focused mentally. Then obviously, the interference from outside, I cannot manage that because I cannot go into his head.

“Obviously, at some stage when Kevin [Magnussen] came in, it was a different world for him and he needed to adjust to it. But I cannot tell him that; he needs to see that on the data where he loses time and stuff like this.

“But I think he got over that, you know. Obviously, we would have liked it to come earlier, because then we would have more points, but in the end, Silverstone and Austria, they were two good races for him. So then I hope now we are on that road.”

While Schumacher caused Steiner some headaches this year, on the other side of the garage Magnussen has hugely impressed on his F1 return.

Having slotted back in to the team effortlessly, Steiner reckons that he and team owner Gene Haas probably underestimated the value that high quality experienced drivers have in delivering results, after employing two rookies in 2021.

“We have seen that with [Fernando] Alonso too: there are still a few guys who obviously can drive these cars,” he says. “But I think we underestimated actually how difficult it is and how talented you need to be. But it's not only just the sheer speed of it: it's getting in a race and staying calm and getting it to the end: maximise what is there.

“Sometimes you just have to settle for what is there, and don't try to chase a dream this weekend. So, let's bring home something instead of risking everything.” 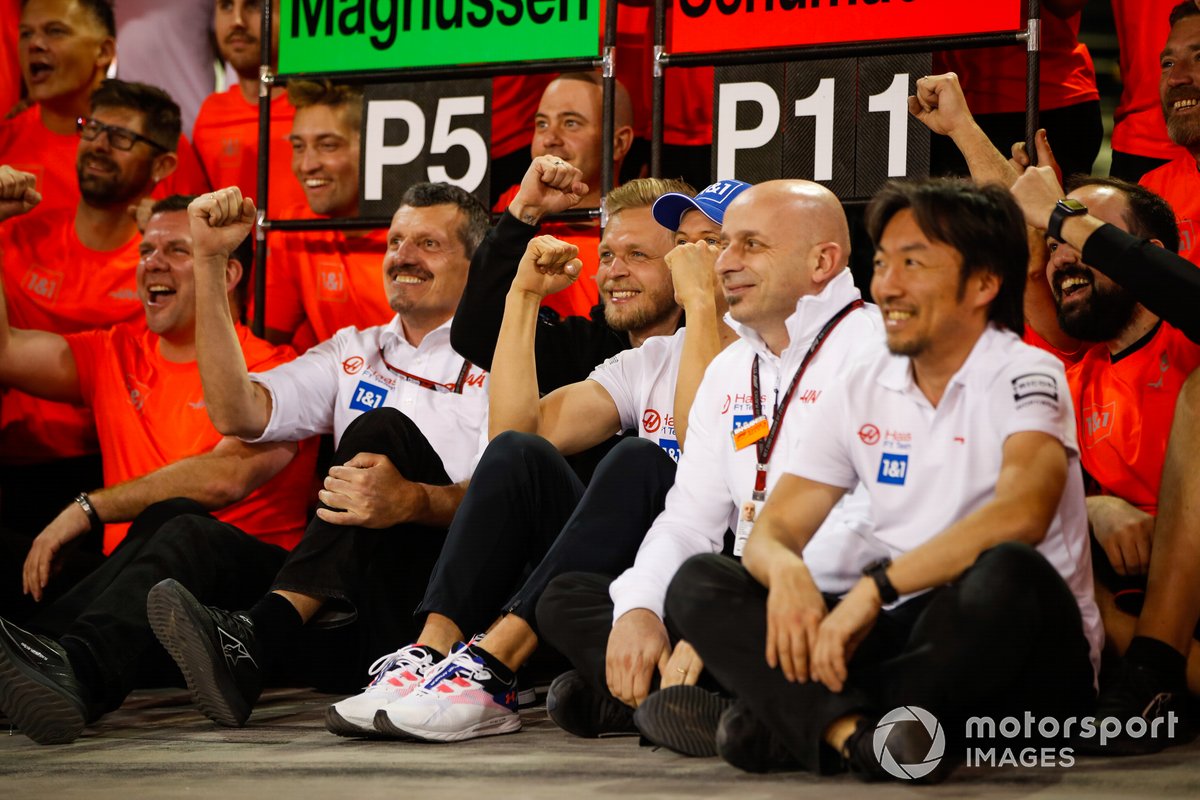 Gasly: Too early to think about F1 future options