Daniel Ricciardo has loved the official Formula 1 games ever since the first PlayStation title burst on to the scene in 1995.

“It was huge and was something I really enjoyed playing as a kid,” smiles the Australian.

Despite the graphics, modelling and handling all moving on tremendously over the years, with the latest F1 2021 title hitting new peaks, for a long time Ricciardo’s opinion of sim racing didn’t change much. To him they were still just games.

But the march of technology, and the new levels of realism being offered by sim racing titles, has served to change Ricciardo’s perceptions quite a bit.

He’s seen how top-rated sim racers have successfully transferred their skills over to real-world racing; and also observed how the younger generation of F1 stars, like Max Verstappen and Lando Norris, benefit from their online experiences.

Mix that in with F1’s growing focus on simulators, allied to the ever-increasing restrictions on real-life testing to stay race sharp, and it’s no wonder that Ricciardo’s mindset has shifted.

Now, as he considers buying a home sim rig for the first time, he thinks gaming is at a level where he too can gain from it.

“At first, I thought it was just something fun to pass the time, but I definitely see that there's a bit more to it now,” he tells Autosport.

“Some of the sim racers, they've been able to transfer their skills into a real car and that’s been a bit of an eye-opener. We talked about F1 1995, and that was very different to what we have now.

“So probably for a while, my head was in the place of ‘ah, it's just a game’. Now it’s like what can I really learn from it?”

What Ricciardo especially thinks he can gain from sim racing is in keeping himself focused and mentally prepared for the real-life moments when he has to deliver.

“The biggest challenge that I'll say all of us F1 drivers have is we only get a few chances each weekend to put a new set of tyres on and do the perfect lap,” he says.

“There's sometimes three weeks inbetween races, and then at the end of the season there's two or three months. It is crazy, for a sport that's so precise, and there's so much technology involved, and with such precision, that it's hard for any of us to ever really be perfect because we just don't get the mileage.

“That's where I've definitely been more open-minded. I’ve always liked the F1 simulators, but with the home stuff, for the last six to 12 months, it’s been about getting those lap repetitions in.

“I think it’s really important and, even if the car is not the same car, it could even be a GT car for example, it's about putting yourself in that environment of like: ‘OK this is the lap, I've got to nail it.’ It’s a bit of a mental thing, of trying to put the pressure on yourself.” 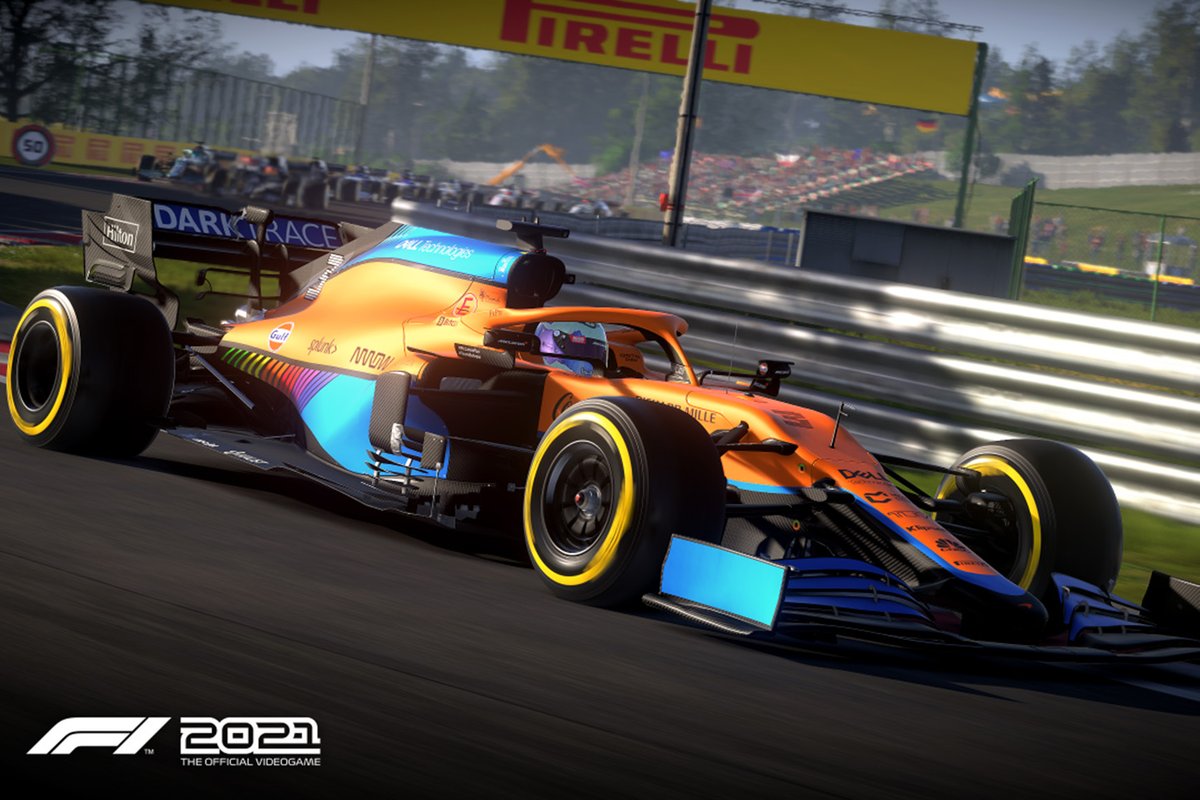 As an ambassador for the new F1 2021 title, Ricciardo has had the opportunity to get some up-close experiences of the latest title – and speak directly to the developers at Codemasters.

It leaves him perfectly placed to compare how the latest game matches up against his real-world experiences: be it an actual grand prix or a modern F1 team simulator.

No one is under any illusions that titles like F1 2021 are able to recreate the raw violence and physical sensations that real-life cars deliver to their drivers.

However, Ricciardo says that it is in more subtle areas where the game is actually able to mimic some of the real-life experiences pretty well.

“If I go back a bit of time where, even things like kerbing and grass, it was all just very flat,” he says. “Through the controller, you wouldn't get any shock or bounce over a kerb. All the tracks felt the same and it didn't really capture undulations and things like that, so there's a lot more feel now.”

The physics models have also become much improved, and are now much more in line in the way in which drivers are pushed to chase lap time. 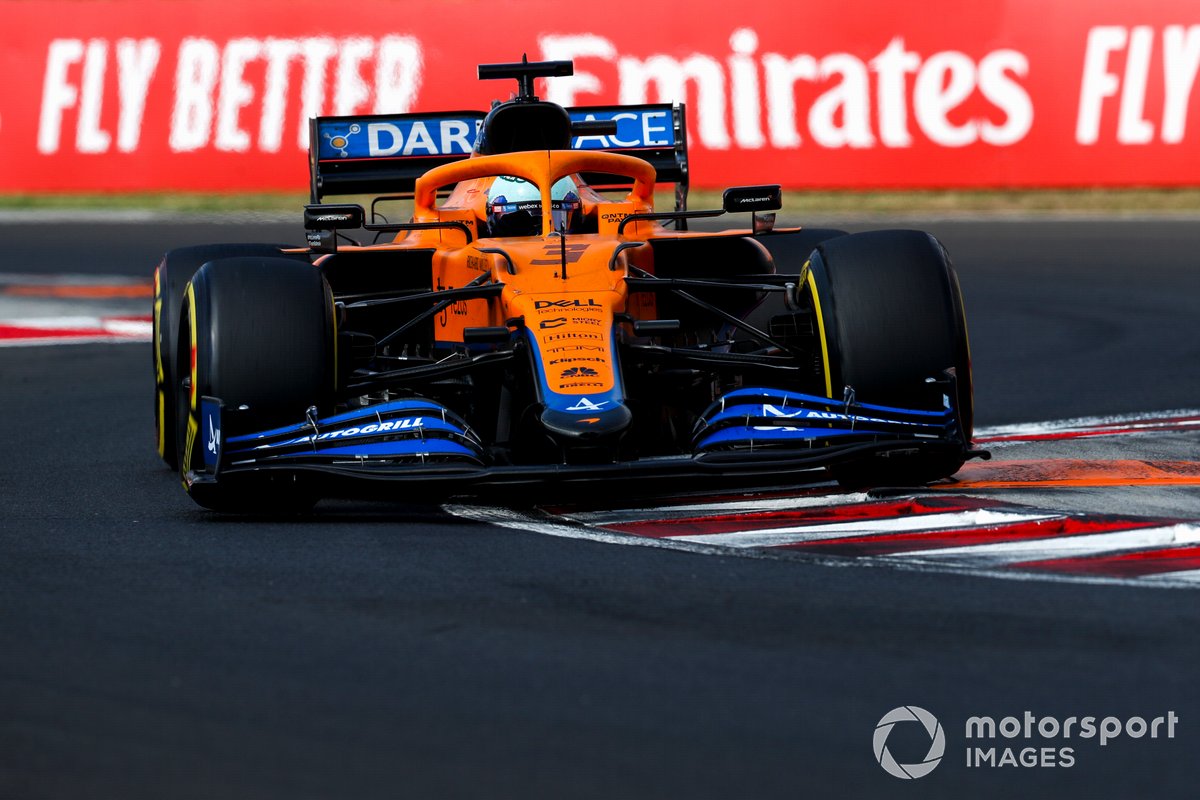 “There's a lot more response through the car with sliding,” adds Ricciardo. “You can catch it a little bit more, whereas back in the day if was what I would call ‘arcade’. You’d have either 100% grip or you've got like zero grip, so there was no feel.

“Then, I think as well with F1, a lot of laptime we find on track is on exit. If you can get on the throttle early then, with rear-wheel drive, you’ve got so much power that your lap time just accumulates into something obviously fast.

“With video games, a lot of the time you used to get came from being able to brake so late, and the use of some of the assists. But I think now the lap time, and how to go fast, correlates to on track. We're kind of slow in, fast out, I feel like that's how I will achieve the best lap times. So, even from that point of view, it's got more realistic.”

But do games like F1 2021 now compare to the real-life simulators that teams are using?

“It's got closer,” he says. “There are things like track maps, which are kind of underrated in how close the track can look and feel, compared to the real one. That's where the sims are near perfect because the F1 teams can do all the measurements on track, and get all the elevations and cambers and so. And that's now where the F1 game has come a long way, and I think that's very close on, I'd say, most circuits.

“I think with even things like locking a brake, and traction and all that sort of stuff, it's hard to put it in percentages terms. But I’ve always said that, if the F1 sims are maybe 80% real compared to the real car, then the games at home used to be maybe like 30%. Now, they are well above 50%.”

While Ricciardo is a convert to the benefits (and fun) that can be had from sim racing, there are other real-life motorsport figures who don’t share his enthusiasm.

Recently, film producer and automotive engineer James Glickenhaus caused a stir in the sim racing community when a Tweet he posted was interpreted as a dig against the virtual racing world.

While Glickenhaus later clarified his comments were in reference to a rival hypercar manufacturer rather than against sim racing, it had already fuelled the debate about whether anything that wasn’t real racing was ‘meaningless bullshit’.

Asked if he shared such an opinion, Ricciardo said that perhaps there was a time when he looked down on sim racing. But now things are very different.

“I'll be straight with you like - at first, I was also like that because racing, let's say the real stuff, is what I'd done my whole life,” he explains.

“Obviously I have my pride in that, and you know that if you hit a wall it hurts. And the sim doesn’t hurt. So I guess there is pride there or whatever.

“But now that we've seen some sim racers transfer into real race cars, and actually show promise and talent and skill, it's like, OK, I don't disregard them like they are just kind of couch potatoes playing at home.

“I think there's definitely some real skill and effort put into it. So I certainly respect it and I'll be honest, it has surprised me how good they can be.

“Even if they haven't jumped in a real car I think they would be alright. But the big question is the fear. Can they put the fear aside and know that, OK will that wall hurt or whatever? But I think from a skill point of view, it's pretty impressive.”

But there’s also one really important factor that Ricciardo says cannot be beaten about the modern F1 games: which is the chance for him to play himself.

“As silly as that sounds, it pretty cool!” 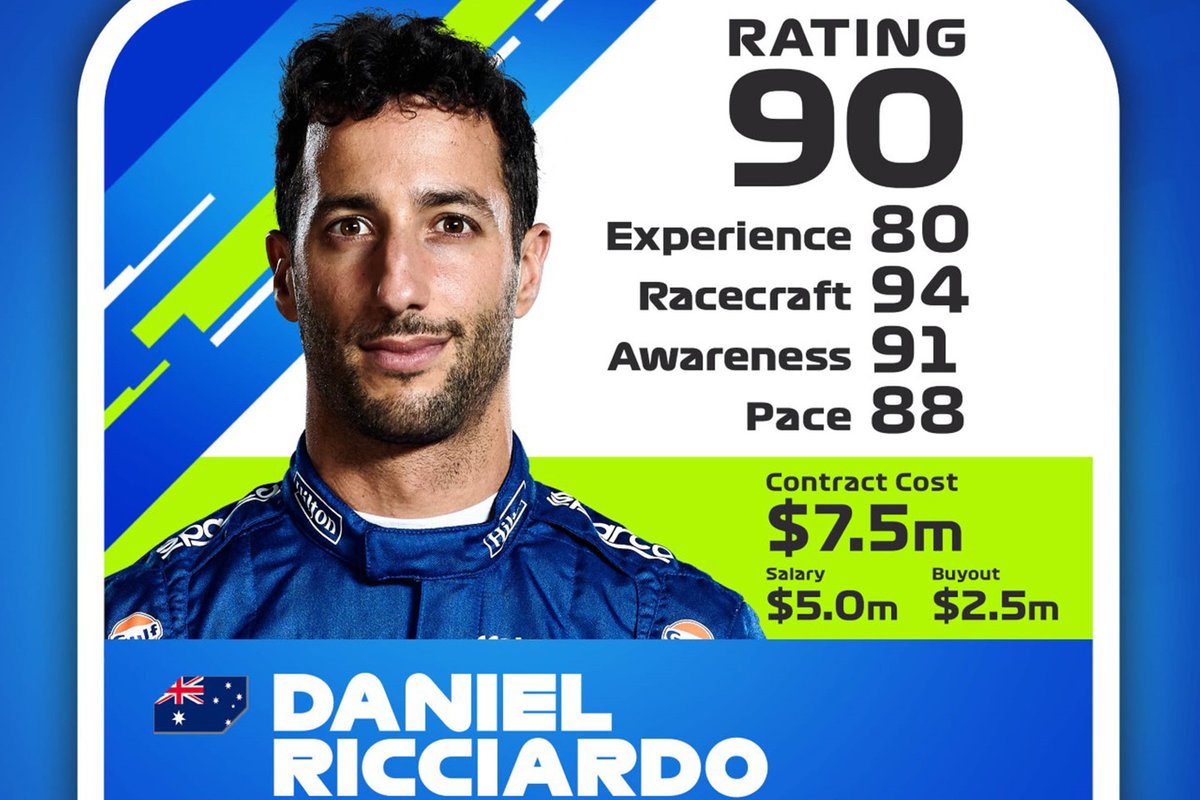