The difficult test that Mercedes had in Bahrain last week prompted many of its Formula 1 rivals to suspect the German manufacturer is playing games.

After all, the Brackley-based squad has had many low-key winters in the past only to then turn up at the first race and blitz the opposition.

Even last year, when Mercedes appeared to be fully on the backfoot as it couldn’t get on top of its car in the test, it still managed to overhaul Red Bull to win the season opener.

But despite the scepticism about Mercedes hiding its real pace, and the obvious fear it could find something in its factory this week to unlock what it needs, the team does appear to be going in to the season behind.

The feeling is what prompted Lewis Hamilton to declare that, with the car as it is at the moment, he will not be in a position to win races.

Primarily, whereas last year Mercedes just could not find the right balance with the W12 in the test, this time around the drivers and team are struggling a lot with extracting consistent pace.

PLUS: Why Red Bull and Ferrari really start as F1’s early 2022 ‘favourites’

The car is suffering from much worse porpoising than key rivals Red Bull and Ferrari, and Mercedes has not yet found a way to dial the problem out.

This is not just a problem at the end of straights, because the car is also suffering the phenomenon of the floor touching the ground in some corners too when on the limit – which doesn’t make things particularly good in terms of delivering consistent downforce. 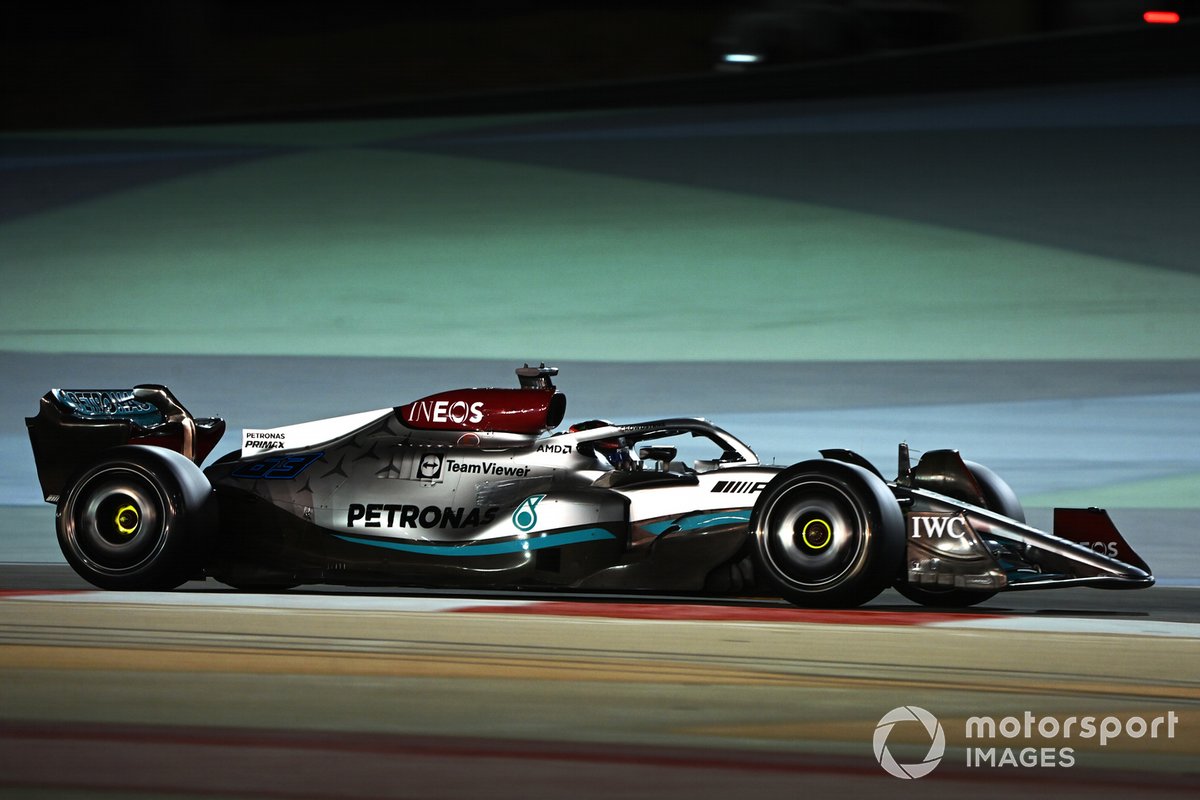 As George Russell said: “There's a lot of potential in the W13 and I believe our guys are going to get to the bottom of it, we just need to find a way to unlock our performance.

“The bouncing is affecting our ability to put the car in the right window and the team are working incredibly hard to find solutions for this. This is a long game and I do believe our performance is there, we've just got to find it.”

If Mercedes raises the rideheight to prevent the bottoming out, then it takes the W13 out of its best performance window. It ends up sacrificing downforce and a whole chunk of lap time.

In fact, the team has found itself facing a bit of a conundrum in that the more downforce it has added to the car – like with the Bahrain test update – then the more that pushes the car down, the worse the porpoising gets and then there is no improvement in lap time.

As an interim solution, Mercedes could well find that it needs to actually slash some downforce to reduce the car being pushed down at high speed, to help improve its lap time.

The team focused a lot in Bahrain on experimenting with suspension settings and rideheights to try to find the answer, before finally opting at the end of the test to hack away some of its floor and lift the rear of the car a little to see if that would help matters.

“We've made a bit of progress with the bouncing which in turn has made the car less of a handful on the limit and it also feels like we've made a step in the right direction with set-up today. There's still a lot of pace to come if we can make further gains on the bouncing and get the car more settled.” 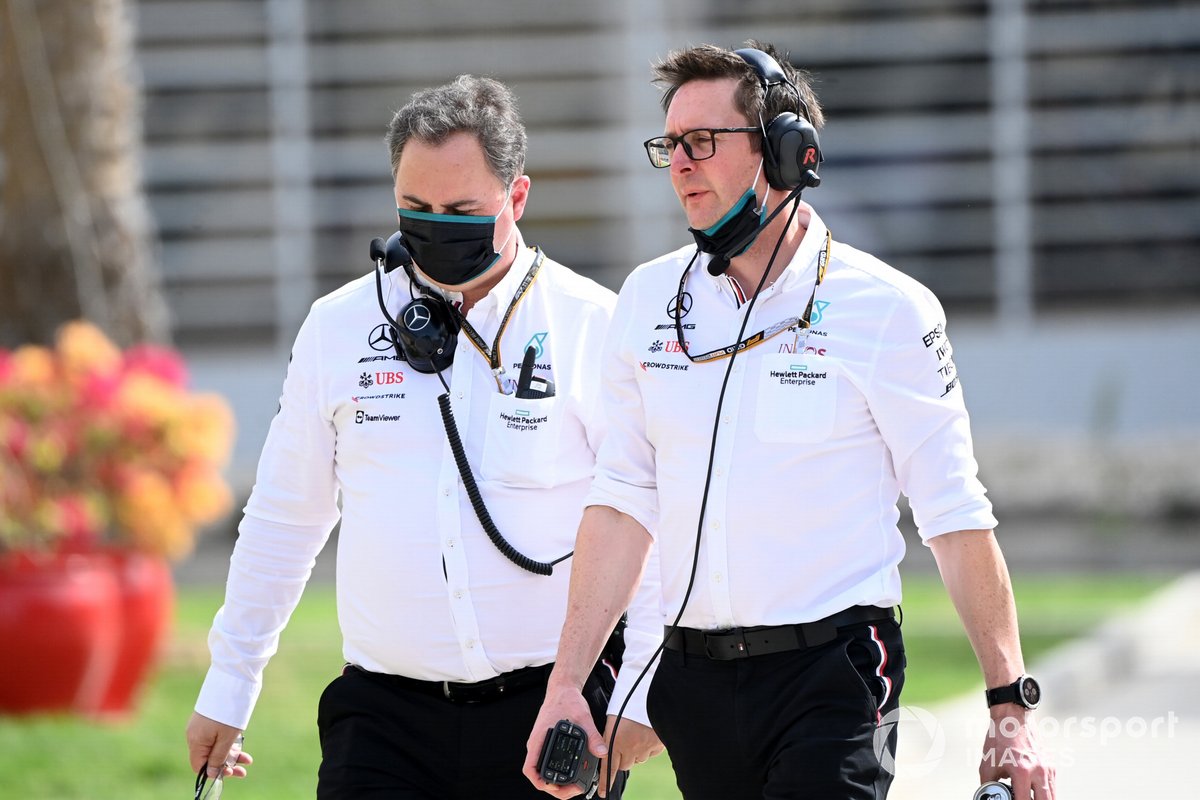 But it’s not just the porpoising that is the problem. Car weight has become a big issue for teams this year, with few teams getting anywhere near the minimum weight limit.

The variation across the grid is believed to be quite a lot, with Alfa Romeo understood to be the lightest car out there.

The word in the pitlane is that there could even be some major differences between the top three teams too – with Ferrari said to be quite a bit lighter than the heavy Mercedes.

With it generally accepted in F1 that 10kg of weight is the equivalent of 0.3 seconds of lap time, then any difference in mass of a few kilos could have a pretty important role to play.

But despite the difficulty Mercedes is in right now, the reality of its situation is one where it is not that it is stuck with an uncompetitive car and has no possibility of catching up.

It knows the W13 has promise, and the downforce needed to take on the very best at the front. It just needs to find a way to unleash its strengths and be able to run a lap without being compromised by the porpoising.

As Hamilton was quite clear about at the end of the test: “There is a potential within our car to get us there. We have just got to be able to extract it and fix some of the problems, which is what we're working on.”

The key is just how long it takes for it to find the answers it needs.