McLaren’s instigation in making the move that has ended in an early parting of ways with Daniel Ricciardo has not been a universally popular one among Formula 1 fans.

For there are many who believe that Ricciardo, who had a firm contract for 2023, should have been given more time to unlock the speed that everyone knows is within him.

But F1 is not a championship where being nice offers guarantee rewards. It is a brutal arena where success and failure is measured in tenths of a second – and if any element of your package is not performing then it needs addressing. Stand still for a moment and you find yourself going backwards.

In McLaren’s case, it had become abundantly clear throughout 2022 that the gap that had been present between Lando Norris and Ricciardo throughout much of last season had not really closed up this year.

With Ricciardo still unable to get the confidence in the McLaren concept that was needed to extract the most performance from the car, more often than not he would end up a couple of tenths shy of his team-mate.

Were McLaren battling alone, with a buffer to the opposition, then such a gap between the pair of them would perhaps not be so alarming.

But when you are trapped in an intense midfield fight, three-tenths can sometimes be the difference between Q3 heroics and a Q1 exit. And find yourself stuck in the lower reaches of the grid on Sunday, then it is incredibly hard to make progress and haul yourself nearer the front.

Repeat that state of affairs too many times and you end up with the kind of points difference that McLaren has found between its two cars. It has not been lost on the Woking-based squad’s management that Norris currently has 76 points, while Ricciardo only has 19.

It’s among the biggest deficits between team-mates on the grid and, for a squad as ambitious as McLaren in getting back to the front, there were obviously clear concerns about the impact of repeating such a skew in 2023 if the F1 grid closed up. 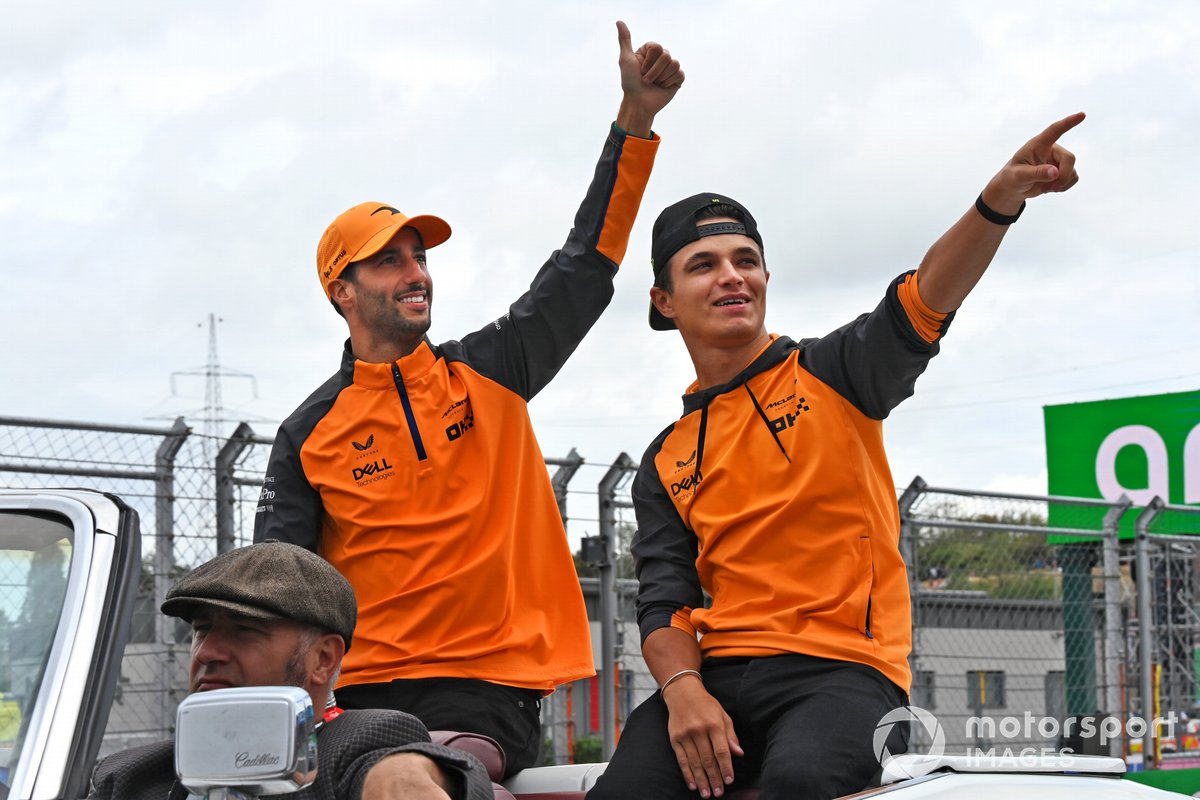 Whereas now, Ricciardo’s points contribution has left it battling with Alpine for fourth spot, the concern was that a missing 50+ points next year could be two or three constructors’ championship spots. And that means less commercial rights money; less interest from sponsors and a drop in bonuses for McLaren staff.

Team principal Andreas Seidl makes no bones of the fact that the job of an F1 team is to have a driver pairing who are evenly matched in getting the most out of their car as that way its full potential is realised.

“The goal is obviously clear: for any team on the grid you want to have two drivers that are always in a position at each race weekend to extract the maximum from the package they have,” he said.

“Of course the situation we have been in now with Daniel was not a good one with the struggles he had with our car. But, at the same time, we had some shared challenges and are sharing the responsibility for not making it work.

“I will go far away from putting the blame on Daniel for our positions that we are currently having in the constructors’ championship, for example.”

Ultimately the issue with Ricciardo was not that he doesn’t have the skill and talent to be a success. It’s that something just didn’t gel between him and the McLaren car concept.

The Australian talked earlier this year about the relationship between driver and car being like that of dancing partners: where they need to become as one if it is going to work. Find themselves out of step, and it just doesn’t click.

Both McLaren and Ricciardo threw a lot of effort in to trying to work out why things were not as one; but with little sign of progress 18 months in to their relationship, there came a point where both perhaps had to accept there was never going to be an answer.

Seidl added: “In terms of performance I've said before, for a Formula 1 driver pulling off performances, he obviously needs to be fully one with the car, and you remember all the comments Daniel made about his challenges.

“As I said before, we didn't simply manage together that he felt as comfortable in the car as Lando did, especially when it came to pushing the car to its absolute limit.

“We put in a lot of effort, a lot of commitment on the team's side, to see what we could do on the car side in order to help him.

“He put in a lot of effort as well with sessions with engineers, sim sessions as well, but we didn't manage to unlock these percentage that we were missing from time to time compared to Lando. And unfortunately we couldn't solve that situation.”

But while things ultimately did not work out between McLaren and Ricciardo – which has been as much a surprise to both of them as it has been to outside parties – the team has nothing but praise for the contribution he made that stretched far beyond that brilliant win at Monza last year.

“On Daniel’s side and the learnings from it, both I think will never stand still,” continued Seidl. “When I look back on these 18 months, it was not like Daniel needed something completely different than Lando from the car. Actually both were quite aligned regarding the weaknesses of the car.

“I want to make it clear as well, in the time we’ve spent so far together, we appreciate a lot everything he brought to the team as well with all his experience. I guess it helped us as well to make the next step as a team.

“He was always great also in the days where he didn’t get the car from us that he deserved to have. He always stayed positive and helped me keep pushing the team forward.

“We haven't forgotten, for example, the difficult start we had this year. And that was very important, that was very positive to see and that hasn’t changed anything in terms of the respect I personally also have for him.

“It’s just a fact unfortunately that we didn’t make it work here at McLaren together. And, as I said before, in the end, it’s a team effort between the team and the driver and I guess it’s a shared responsibility for unfortunately not getting it to work.” 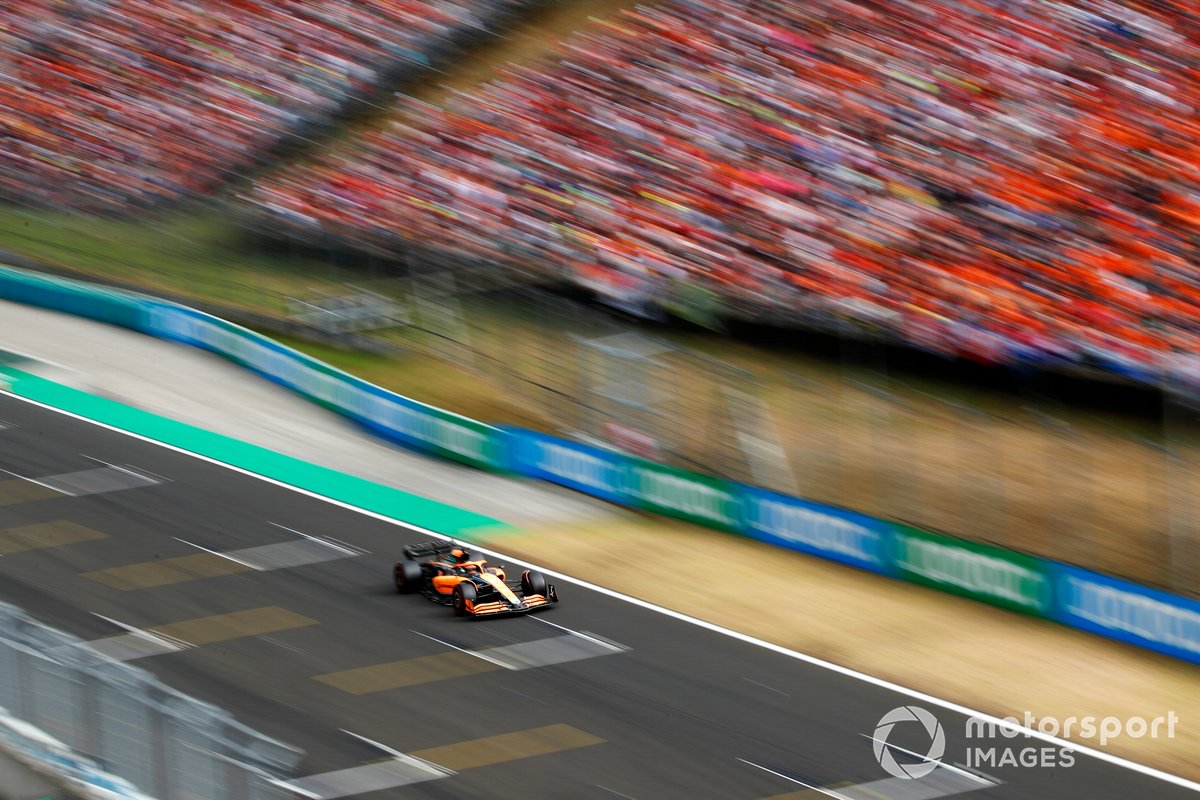