The FIA’s decision to intervene on porpoising’s impact on Formula 1 driver safety would appear at first glance to be a short-term win for Mercedes.

As the team that has faced the biggest challenge in taming the bouncing of its W13 car, anything that helps get rid of the phenomenon would appear to be something it could gain from.

For if all teams are forced to run in a setup window where porpoising is not a risk, then it could help level up the playing field a bit.

This was why Red Bull team principal Christian Horner suggested after the Azerbaijan Grand Prix that any rule change to intervene on this front would be ‘unfair’ to those teams that were not suffering from the problem.

But dig deeper in to what the FIA is planning and it appears that the governing body is approaching things slightly differently from how Horner may have feared.

In fact, the possibility is there for the FIA to impose limits that may actually hinder rather than help Mercedes’ competitive fortunes in the short term.

A critical message in the FIA announcement is that it is seeking to produce a metric – based on the car’s vertical acceleration loads – that will help define an acceptable level of bouncing in the future. 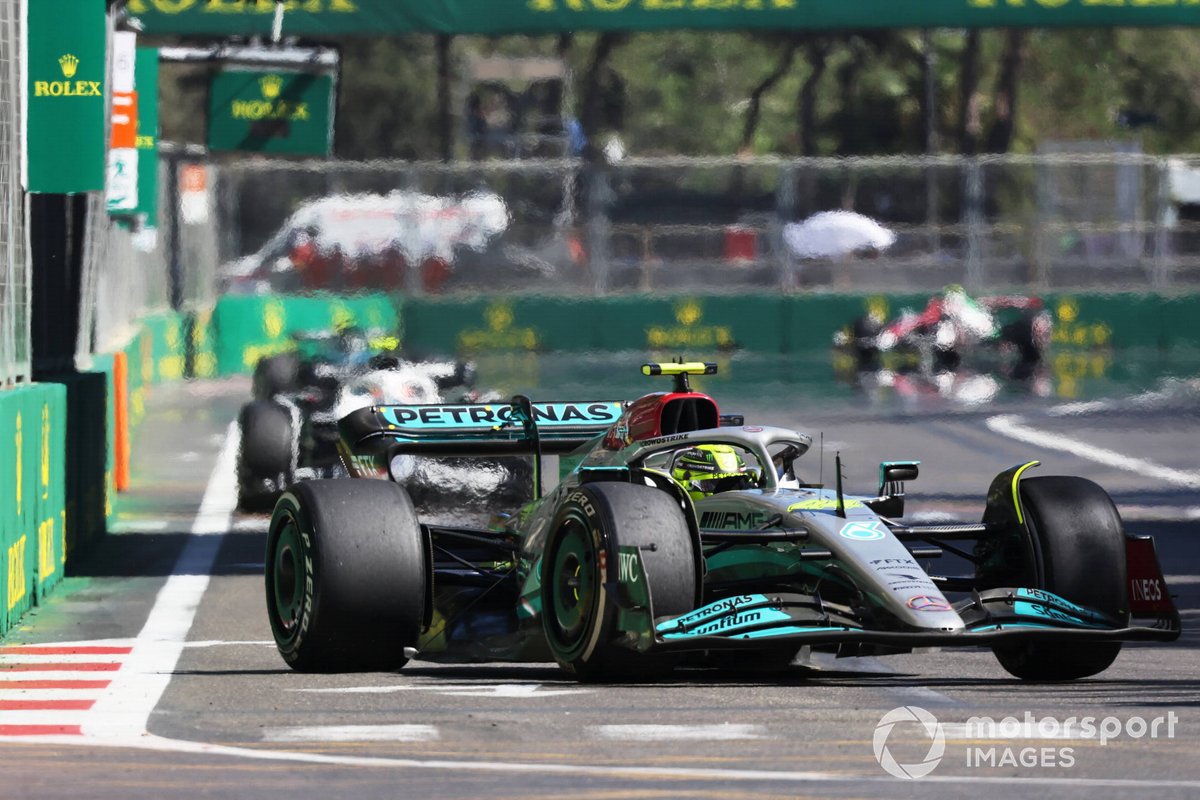 While the final details of what motor racing's governing body is planning to do have not been made public, the first step is a pure data gathering exercise.

From first practice at this weekend’s Canadian Grand Prix, the FIA will be taking telemetry data and undertaking a closer technical evaluation of the cars and their behaviour to better understand the impact of porpoising. This work will include looking at the planks and skids below the cars.

With that data in the system, a strict G-force and/or frequency limit will then be imposed on cars out on track to ensure that no driver has to suffer the kind of battering that Lewis Hamilton so painfully endured in Baku.

With such a bouncing limit in place, those teams able to run their car low to the ground without the bouncing would have to change nothing to comply with such a metric. However, for any outfit that is enduring issues as it gets its car closer to the ground, it could be a competitive headache.

For if the FIA has a metric that stipulates a maximum tolerance for bouncing and hitting the ground, any team being too aggressive with its setup, and pushing it into an area where its car is porpoising, could be forced to make changes to dial it out.

That could mean moving the car out of its ideal setup window – and that could mean sacrificing lap time to ensure compliance with the rules and guaranteeing that drivers are not suffering the ill-effects of porpoising.

Those drivers struggling with the most with porpoising right now could find themselves with a very smooth ride soon with the bouncing gone, but at the expense of lap time that could move them down the order.

Yet while there could be some short-term pain for those teams that have not got to grips with the porpoising problem, the likelihood is also of better solutions being put in place for 2023 and beyond.

Russell’s complaints over the Baku weekend were more aimed at F1 looking at whether it wanted porpoising to remain an issue for the sport over the next few years.

And the FIA has indeed suggested that efforts will now be made with the teams to help find ways to eradicate it.

The governing body wants a meeting with the teams to ‘define measures that will reduce the propensity of cars to exhibit such phenomena in the medium term.’

The idea is for F1 to move beyond the need for a maximum limit of bouncing and instead offering tweaks to the F1 rules to help banish the risk of porpoising for the new generation of cars completely.

This could be delivered through more freedom of suspension technology, even a return to F1 of active suspension, or perhaps even making mass dampers legal again.

It is the lack of such suspension tools amid the current 2022 rules that has been a factor in Mercedes struggling to tame the W13 – so any assistance on this front longer term would certainly be welcome to the German car manufacturer as it bids to get back to the front of the grid.