OPINION: Having to provide competition for Lewis Hamilton within the Mercedes framework, Valtteri Bottas hasn't had an easy ride in Formula 1 of late. His fellow Finn and two-time Formula 1 champion Mika Hakkinen says Bottas is due much more credit that he has been given

I am fascinated by what it takes to be successful in Formula 1. It’s one of the reasons I continue to follow the championship so closely. So when I see some of the unfair comments about Valtteri Bottas, it’s worthwhile giving some perspective based on my own experience.

I know what it is like to go up against the best driver of a generation - in my case, Ayrton Senna - and to have worked with very strong team-mates throughout my career. From Johnny Herbert to Martin Brundle, Mark Blundell to Nigel Mansell and, of course, David Coulthard.

None of them were slow. All of them very quick, committed and capable Formula 1 drivers.

It is very easy to talk about someone who is world champion, winning all the time, and to then criticise their team-mate. It’s an easy comparison, but one which avoids the big picture of what it’s like to be one-half of a championship winning team. I won two world championships partly because ‘DC’ was such a strong team-mate.

When McLaren put me in their car alongside Ayrton Senna it was a fantastic opportunity, but a massive challenge. Suddenly it was my experience versus Ayrton’s experience. And what is ‘experience’? Is it the number of laps you have done, or your ability to study the data, or how clever and intelligent you are about what’s going on within the team?

Actually it’s about all of those things together with the dynamic in the team; the small things that, on their own do not seem important, but added together means you are not quite where you want to be. I realised during my career that each mechanic, engineer or data technician worked in specific ways, and in the intense environment of Formula 1 even a small change in personnel can impact on performance. 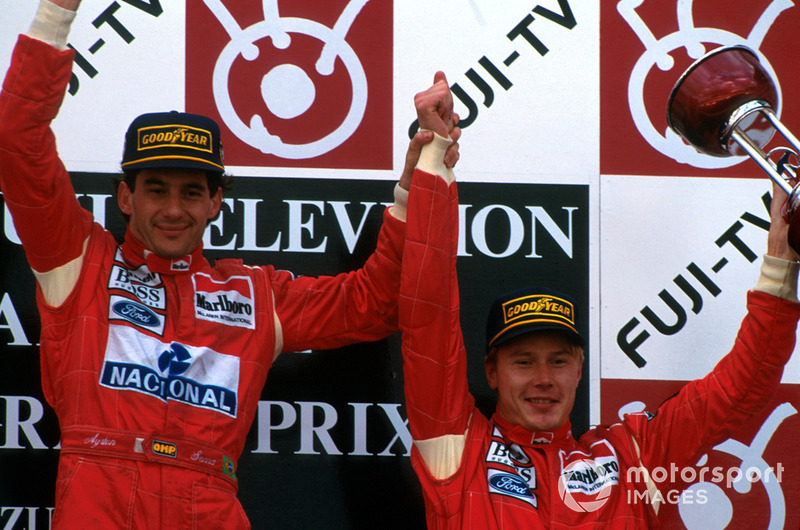 Changing the human dynamics can be as important as changing the set-up of the car.

People always ask me about out-qualifying Ayrton in my first race at McLaren, although not many will ask Valtteri about the 17 times he has out-qualified Lewis. For some reason my achievement was regarded as difficult, whereas if you drive a Mercedes it’s easy.

I only went up against Ayrton for three races, but it taught me so much. About how much I had to learn, not only in terms of understanding how to get the best performance out of my car, but also to understand how the team works, the way in which a team focuses its efforts.

During my career there were times when, for example, the tyres were not working for me and my team-mate was suddenly seven-tenths quicker. Even with softer tyres on, you find yourself doing the same times as on a set of hards. It’s an awful feeling, so you start looking at all the temperatures, pressures, car set up - trying to find what your team-mate is doing.

I know what it feels like to put your team-mate’s settings on your car and then find it very difficult to drive, except the lap time turns out to be half a second quicker! That’s all part of the learning curve. It teaches you to become open minded about the guy on the other side of the garage, and to become less selfish.

This team work between drivers is such an important aspect for a top team. Mercedes knows better than anyone what can happen when you have two drivers fighting each other in a way which can be destructive. Part of Valtteri’s job since he joined them was to work beside Lewis, push as hard as possible, but keep the communication flowing. 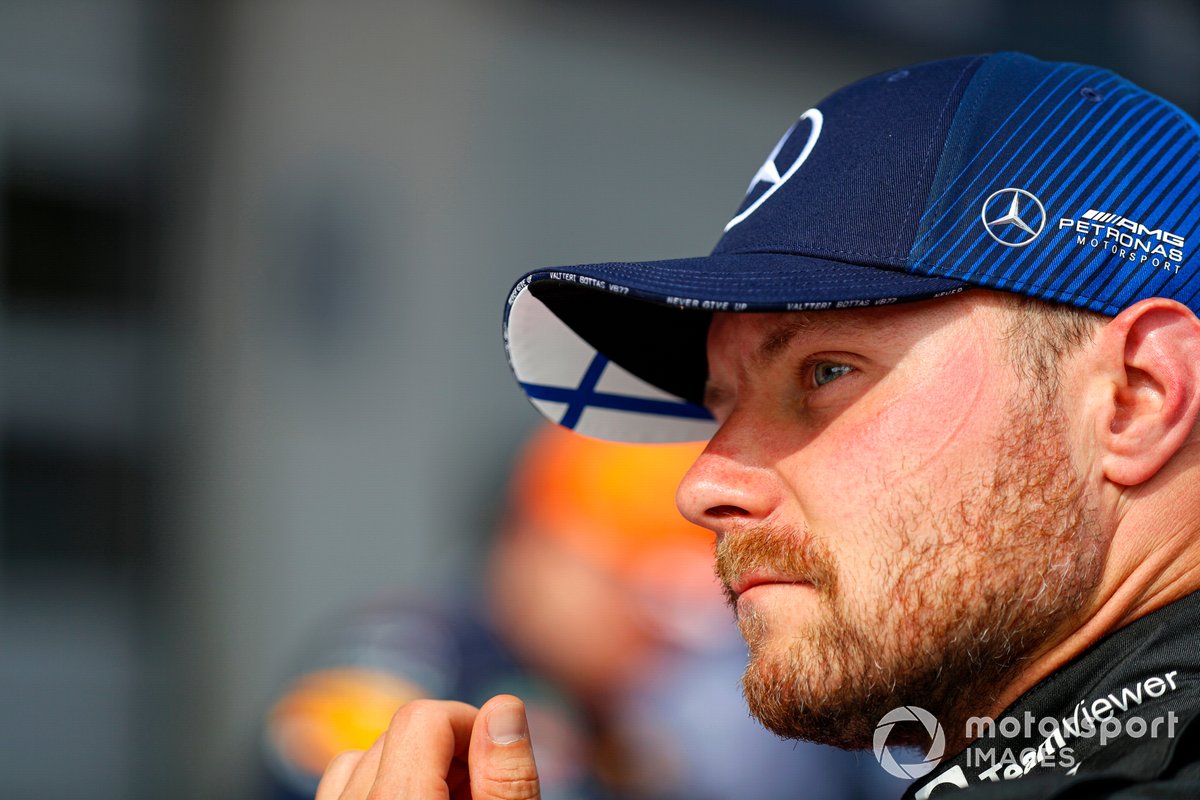 Generating a positive atmosphere in the team and pulling in the same direction is a vital quality. It’s important when you are the dominant team, but becomes critical when you have tough competition or, as will happen in 2022, an entirely new set of regulations arrive. Regulations which rely on the two drivers working harder than ever to give the team a solid base to work from.

PLUS: The drivers that need to strike gold before F1's summer break

Only one team-mate can win the world championship, and to do that they usually have to win more races than everyone else - this includes beating the guy sharing the garage with them. When you are both in the same car that battle is never easy. As a world champion you inevitably build the team around you, leaving your team-mate with a lot more work to do.

When I was racing I used to complain all the time, especially to my manager Keke Rosberg. I think it was a generational thing. I used to say this or that was not right in the team, and Keke used to tell me to shut up and put my foot down.

Now we have a very different era, one in which there is infinitely more analysis available to the drivers and their teams. That has also brought a great respect for the challenge that faces drivers tasked with winning grands prix or supporting their team-mates.

To time a qualifying run in order to support your team-mate, as Valtteri did in Silverstone when he gave Lewis a tow, or to give way during a race so that the team’s strategy can be maximised, is not easy. Mercedes takes a very fair approach, and Valtteri knows his job is to beat the team’s competition, particularly now that Red Bull and Honda have made a major step forward.

Since moving from Williams to Mercedes I know that Valtteri has never stopped pushing, learning and developing as a driver. He scored nine podiums for Williams and helped them to third in the world constructors' championship for two consecutive years, but he also realised Mercedes was on an entirely different level. A very different challenge. 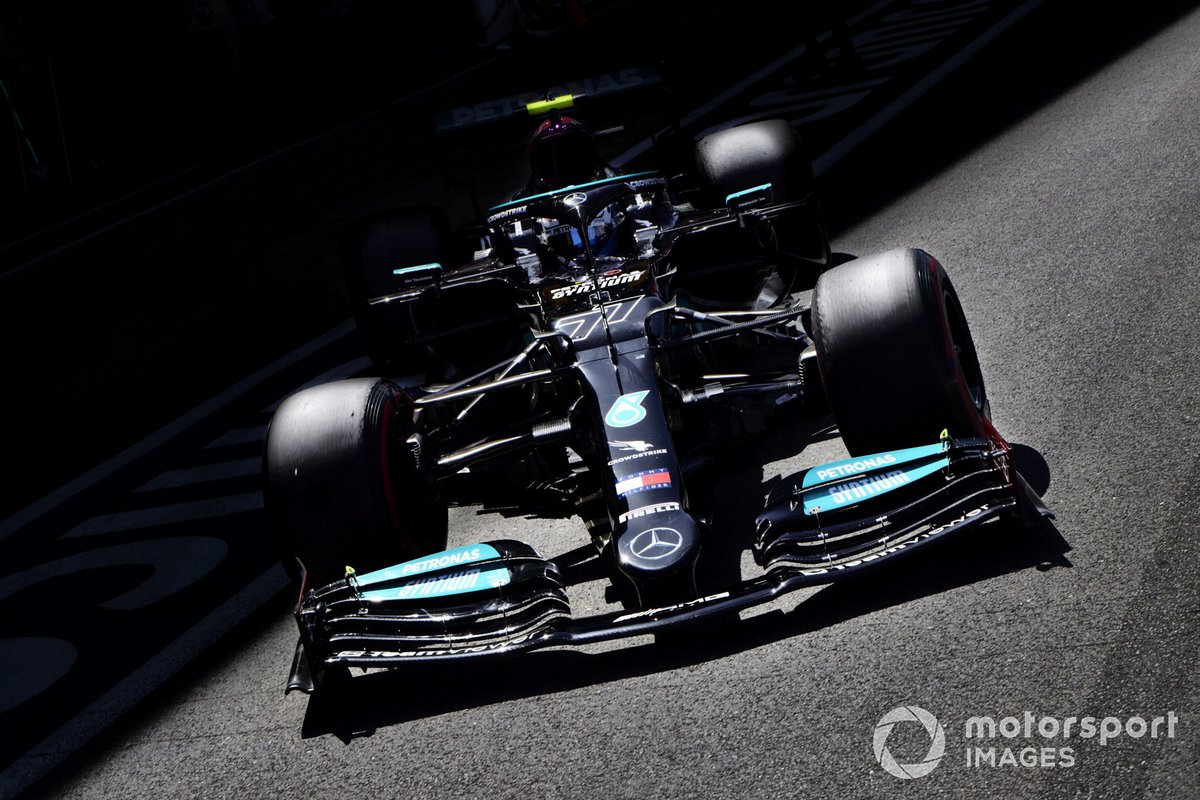 When I moved from Team Lotus to McLaren it was a similar experience. I knew I was in the right place, with the right people and technology around me, so it felt like a huge release. However, when you join a team where the people know how to succeed, you have so much to learn. Valtteri has taken the same approach.

As Lewis’s team-mate he has the most formidable competitor beside him. It has been unbelievable to watch how calm, controlled and determined Valtteri has remained, how hard he has continued to work despite the challenge - and easy criticisms. He just focuses on attacking each weekend as hard as he can, giving the best of himself for the team.

There is a popular myth that winning grands prix is easy when you have the best car. That only shows a misunderstanding of the challenge.

There is nothing easy about winning in F1, whether twenty races for me or nine grands prix for Valtteri. It’s even harder when you have a multiple world champion beside you in the garage.

For any team aiming to sustain a world championship-winning performance the degree of harmony and focus within the driver line-up is an important ingredient. It is one reason why I am certain Valtteri deserves greater credit for the job he has done. 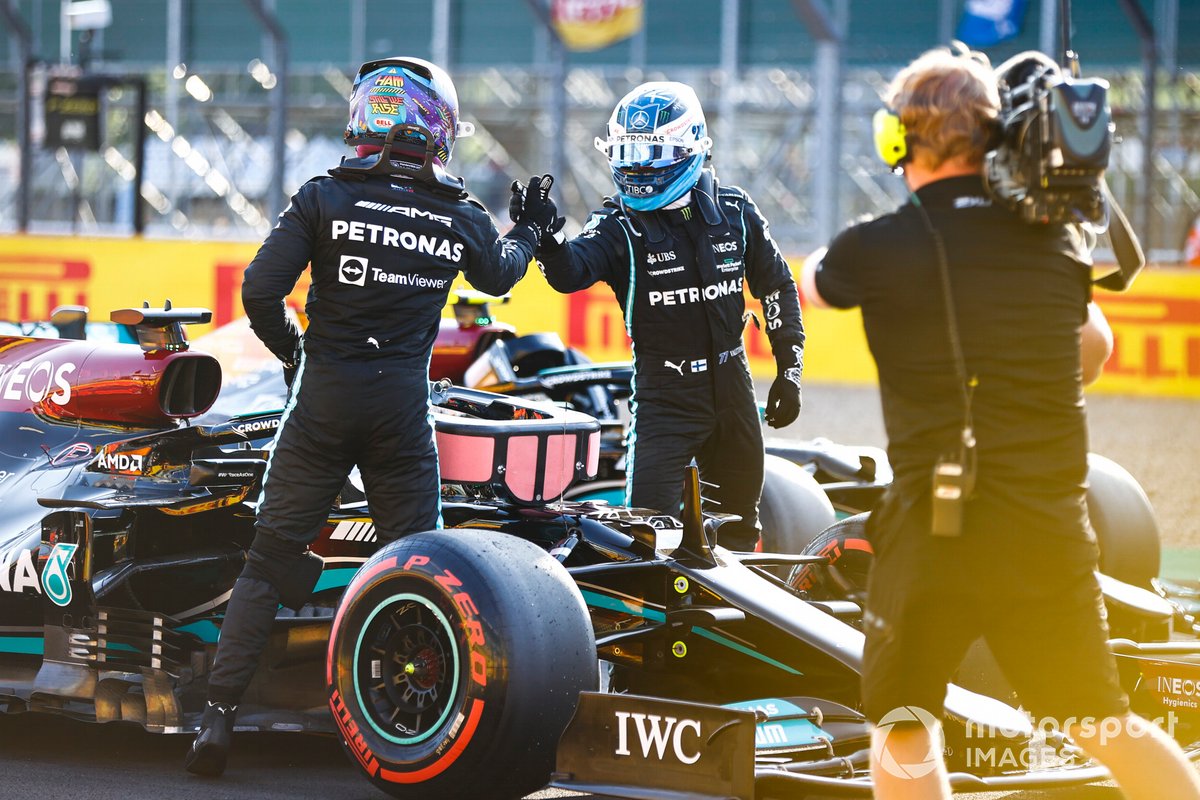