If Fernando Alonso's tenacious Hungarian Grand Prix drive taught us anything, it's that he's lost nothing of the canny racecraft that helped him win two Formula 1 world championships.

They say you can't teach an old dog new tricks, but 40-year-old Alonso's arsenal of trickery is still up there with the very best. So what is there to teach?

Rather than entertaining the idea he might be edging towards decline, the Spaniard believes he is a much better driver now, in his second F1 career with Alpine, than he was in his early Renault days thanks to the experience he has gained in F1 and through his extra-curricular excursions.

Alonso has made three attempts at the Indianapolis 500 and claimed back-to-back Le Mans 24 Hours victories with Toyota during his title-winning 2018-19 World Endurance Championship campaign.

In a wide-ranging interview ahead of the Hungarian GP with selected media, including Autosport, Alonso admits it has taken him longer than expected to get up to speed on his F1 return after two years out, but regards his age as just a number.

"I was expecting, let's say, three or four races," he says when asked by Autosport how long he thought it would take to get to his best level.

"I knew that Imola was the second race, that the guys were racing on in September, October last year, and for me it was new. And Portimao was race three, so I was thinking that until Barcelona or something like that, race four, I was on maybe 100%.

"And it took me two more races than Barcelona." 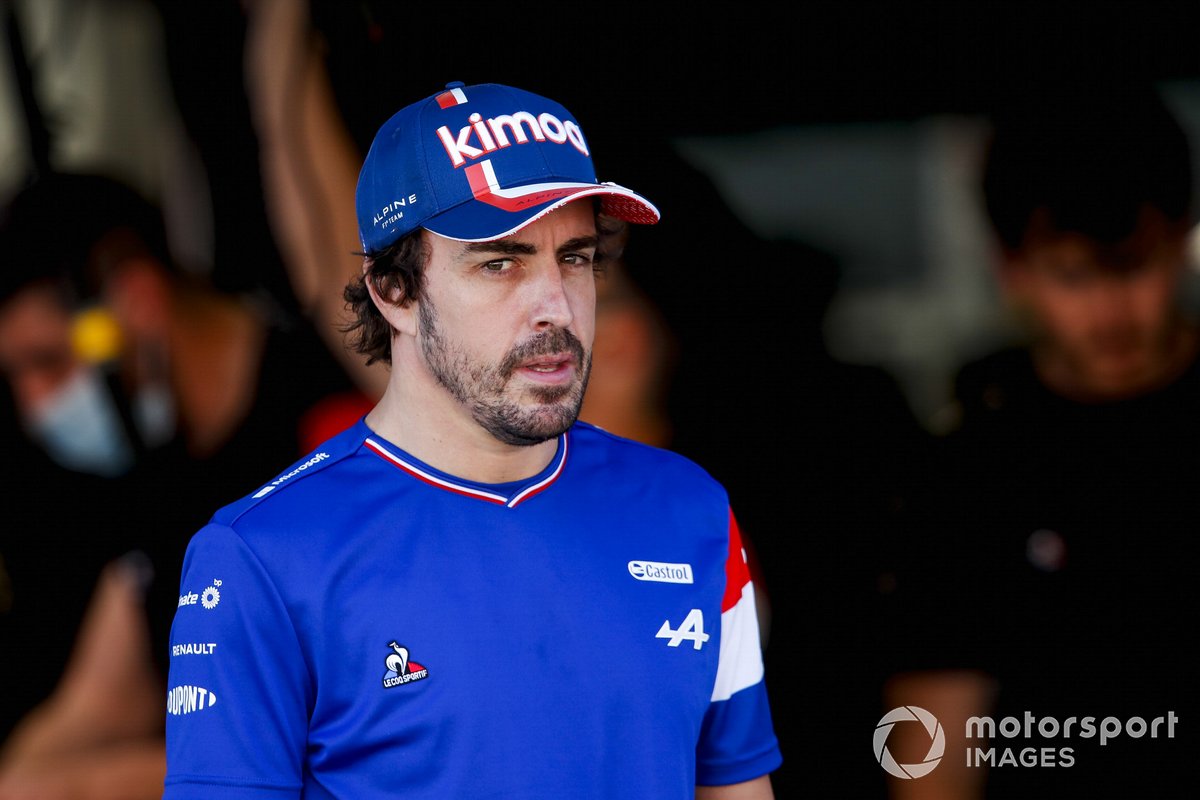 Alonso has never been known for being short on confidence. But when he's not at his best he's also acutely aware of any chinks in his armour, which he appears to be much more candid about at this stage of his career.

He reveals that while watching grands prix on TV during his absence, on occasion he had an armchair quarterback moment where he would think he could do a better job than what he was seeing on the screen. But in reality, stepping back into an F1 cockpit proved to be a humbling experience at first.

"I think when you are out of the sport and when you see races on TV, you think that you probably could do that overtake differently, or that performance or that start," he says.

"You have your self-confidence thinking that when you get back in the car you can improve certain things and maybe try to learn from others.

"And this is what I did in the first couple of races. I think I'm not 100% yet in the car. Silverstone was a good learning curve again, on tyre management, on strategy."

Alonso had also been worried about missing mileage on Pirelli's wet tyres, but his display in the opening stages of Hungary's wet-dry thriller proved any concerns were not necessary. But then, that's where experience shines through, and where his longevity in the sport is an advantage.

When asked how long he could continue at the highest level, he says: "What I feel maybe it sounds opposite to the people outside, because it seems that the sport and also how social media is, we seem to get confused about the age and about the performance that a sportsman can do, you know.

"This is not the Tour of France, this is not the Olympic Games, this is not football where at 23 you are at the peak of your performance. If I race now against myself at 23, I will beat him with one hand, you know, it's not the same. 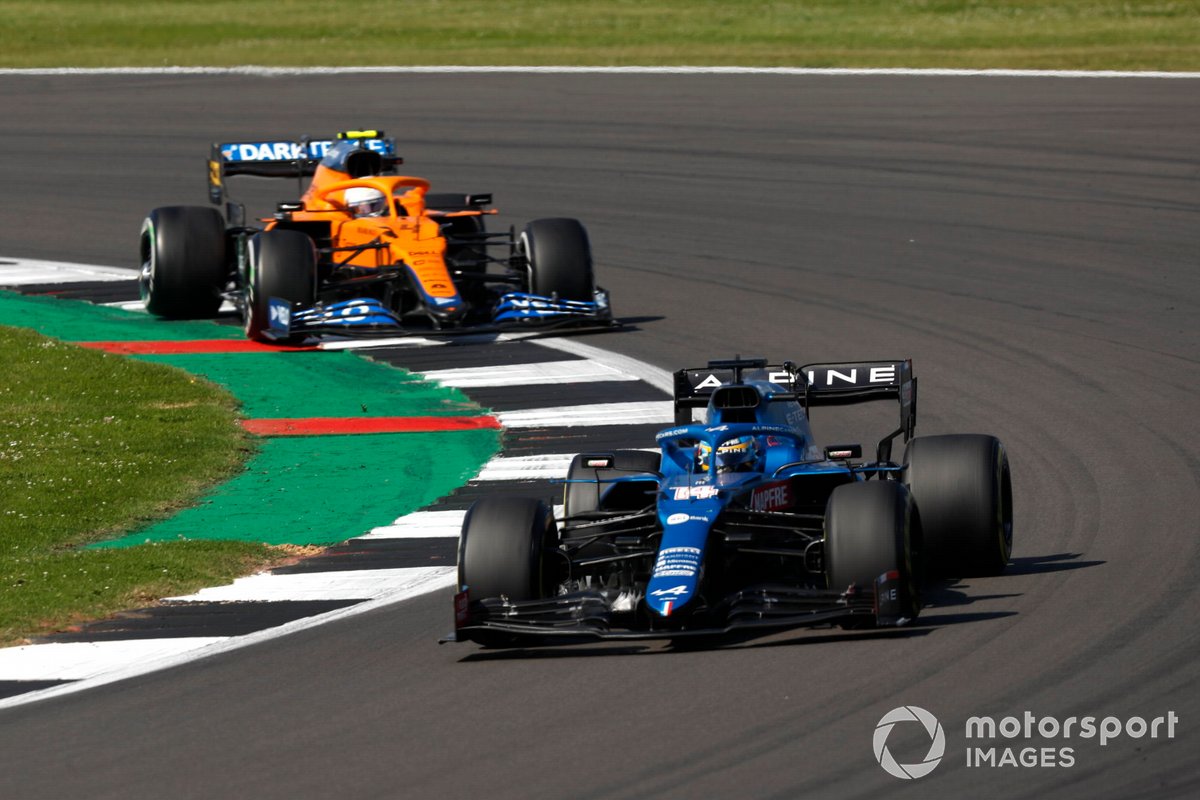 "But I see myself [racing a] very long time. If it's in Formula 1, great, if it's not in Formula 1, I will try to pursue some of the remaining challenges outside Formula 1, to be hopefully the most complete driver in motorsport ever."

Whether that will lead to more success for Alonso and his Alpine team-mate Esteban Ocon will depend on the Enstone team's ability to produce a capable package for the new 2022 regulations, which has been its focus for some time.

Alonso has been a keen observer in the factory to monitor the 2022 project's progress, but says it's too early to get any indications of what the team is capable of.

"We are working on next year's project but it's very early days and no one knows what the numbers are because you have nothing to compare against," he explains.

"We are all a little bit realistic and yet waiting for February because we will see many surprises when the cars are uncovered for everyone."

Alonso's demeanour suggests he could still be around if and when Alpine gets to reap the fruits of its labour, suggesting he didn't make any demands while negotiating his current 1+1 season contract with the French manufacturer.

"I didn't negotiate too much, you know, and I was happy with whatever the team was willing to offer," he claims. 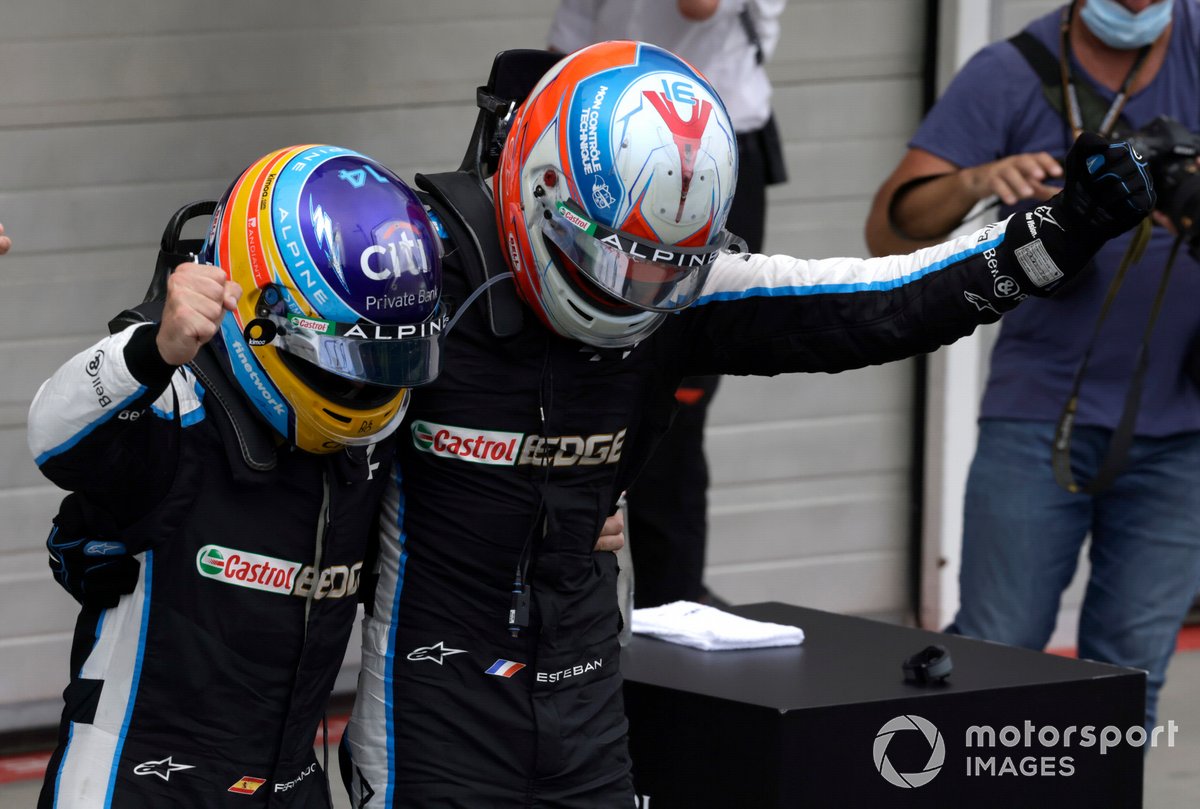 The last hurrah for a former British F1 superpower