Now heading to Bahrain to unexpectedly start the 2022 Formula 1 season opener for Aston Martin in place of Sebastian Vettel, Nico Hulkenberg has a lot to live up to.

Not because of his position as one of the most talented drivers of his generation, albeit it one that so far has not achieved the expected F1 success his glittering and packed junior single-seater CV indicated was possible. But because of what Hulkenberg achieved the last three times he was called up to stand in for an F1 regular.

Three times since the 2020 season finally started in the midst of the coronavirus pandemic has Hulkenberg deputised in place of a driver that had tested positive for COVID-19. Early in 2020 he stood in for Sergio Perez at the British and 70th Anniversary races at Racing Point, then he replaced Lance Stroll for the same squad at that year’s Eifel Grand Prix at the Nurburgring.

He will now take over Vettel’s Aston Martin car having become the team’s reserve and development driver after its rebrand from Racing Point for the start of 2021.

Although not required to race last year, Hulkenberg was still a paddock regular in his role as Aston reserve, which also meant conducting sponsor commitments on the team’s behalf at events where it was allowed to bring guests. He also worked as a co-commentator for Austrian broadcaster ServusTV, a Red Bull subsidiary that screened live races for half of the F1 events on last year’s calendar.

He was not in contention for a race return for 2022, with Alfa Romeo the only possible candidate even before Haas’s saga with Nikita Mazepin following Russia’s invasion of Ukraine.

In any case, the American squad moved quickly to re-sign Kevin Magnussen, another driver who so far has not achieved their previously predicted F1 success. An IndyCar test late last year went smoothly for Hulkenberg, as he clocked up over 100 laps at Barber Motorsports Park, but he ruled out a move to the American series for “personal reasons”.

And so now Hulkenberg resumes his super-sub status following the announcement of Vettel’s positive COVID test result on Thursday morning in Bahrain. 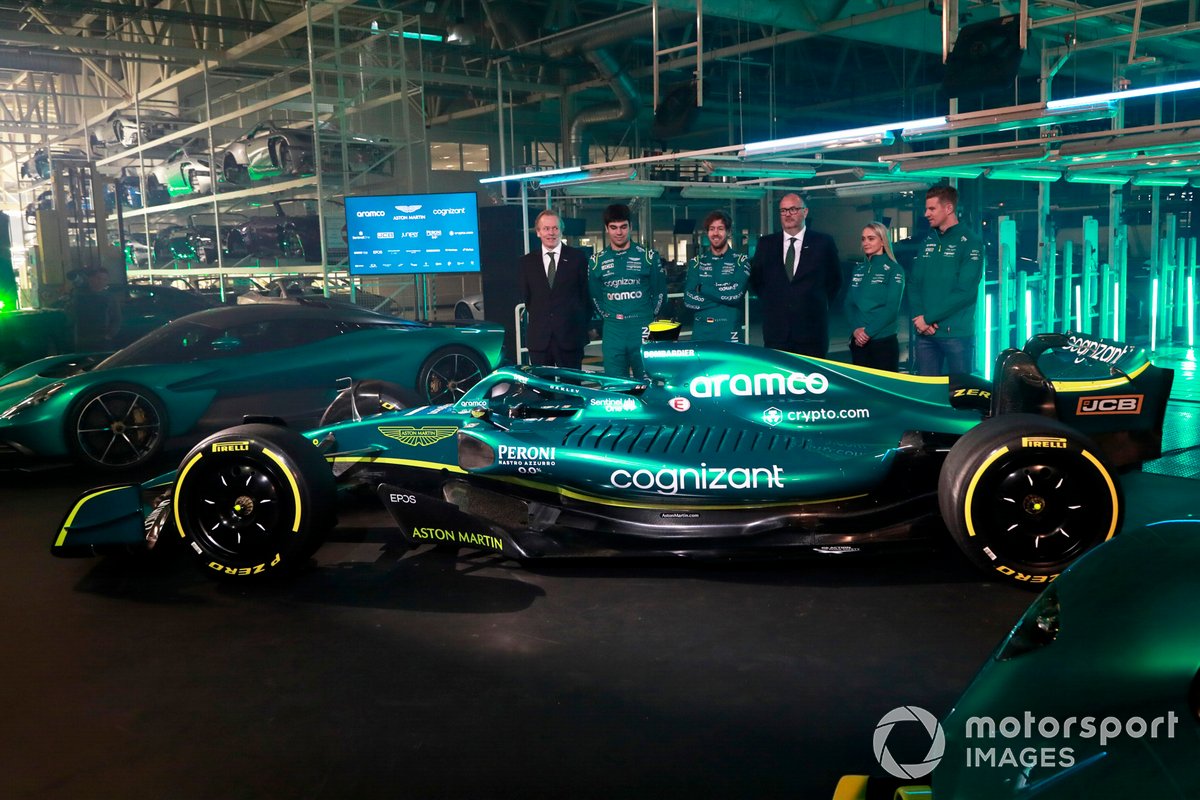 But unlike the last time he stepped for Racing Point, Hulkenberg will at least get all three practice sessions to prepare with the AMR22 ahead of qualifying on Saturday. But his performance at the Nurburgring in place of Stroll in October 2020 is an important reference when considering what Hulkenberg may be able to achieve this time around.

Having hotfooted it down the autobahn from Cologne to reach the circuit when Stroll’s illness, not identified as COVID until a few days later, forced the Canadian to sit out FP3, Hulkenberg had to wait for the result of a rapid coronavirus test before he was even able to enter the paddock – a requirement no longer required for the fully vaccinated. But that meant he was only announced as Stroll’s replacement less than an hour before qualifying began.

The Eifel race’s opening two practice sessions had been washed out, but Hulkenberg took part in qualifying having had no chance to prepare aboard the RP20. Racing Point sent him out as soon as Q1 got underway, to complete a run of several laps on the soft tyres in a bid to get him up to speed as soon as possible. He moved off the bottom of the times ahead of the final run, but sliding deep at the first corner and small lock up later around his final lap left him starting last on the grid.

Pretty good in the circumstances, but Hulkenberg’s Nurburgring race performance was even better. After a long first stint aided by plenty of rivals in front hitting trouble, Hulkenberg was a big gainer from the late-race safety car period, after which he used new softs to catch and pass Haas driver Romain Grosjean and eventually finished eighth.

“What a race and a story that was,” he said afterwards. “I really didn’t think we could go from last to eighth.” 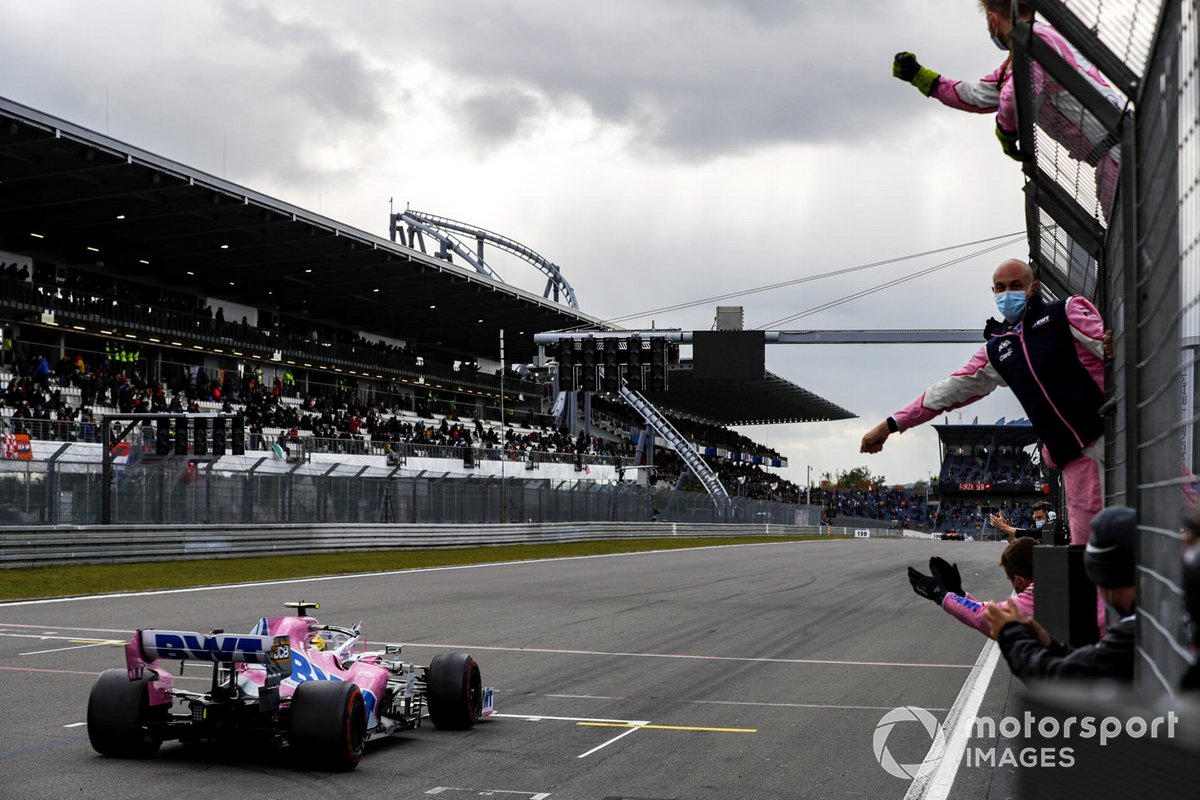 Nico Hulkenberg, Racing Point RP20, passes his team on the pit wall at the end of the race

Hulkenberg’s pair of Silverstone outings in place of Perez had already earned him plenty of praise.

Having had the full complement of practice running for the British GP as Perez’s positive test was announced on the Thursday evening ahead of that event, although only just as Hulkenberg’s corresponding negative result only arrived minutes before the then 90-minute FP1 session was due to start, he qualified a creditable 13th.

What made that all the more impressive was that he and Racing Point had had the confidence to try and make it through Q2 on the mediums – something only the regular frontrunners were usually able to do in 2020. But a sheared clutch bolt stopped him starting the first of the two races at Silverstone.

The following weekend, Hulkenberg qualified a sensational third behind Valtteri Bottas and Lewis Hamilton. This came after being on the verge of a Q2 elimination after he’d gone off and wide at Chapel, before rebounding to progress with the second fastest time, after which he “didn’t think much” and charged on to secure his high race starting spot.

When the Sunday action got underway, a slow start dropped Hulkenberg behind eventual winner Max Verstappen, but he was still solidly holding fifth when the hard tyres he was running deep in the race began to vibrate so severely he had to be called in and fit fresh softs, which he took to seventh place.

Had that not been required, Hulkenberg had every chance of resisting then Red Bull driver Alex Albon’s late surge to secure fifth behind the one-stopping Charles Leclerc – and finish well ahead of Stroll, who had qualified sixth – in what were sweltering and tough conditions that weekend.

“I’m happy to have scored points for the team,” he explained. “P7 is a good result, especially when you haven’t raced for [eight] months.”

Ahead of this weekend’s race in Bahrain, Hulkenberg’s last race outing was 17 months ago – his Eifel action. 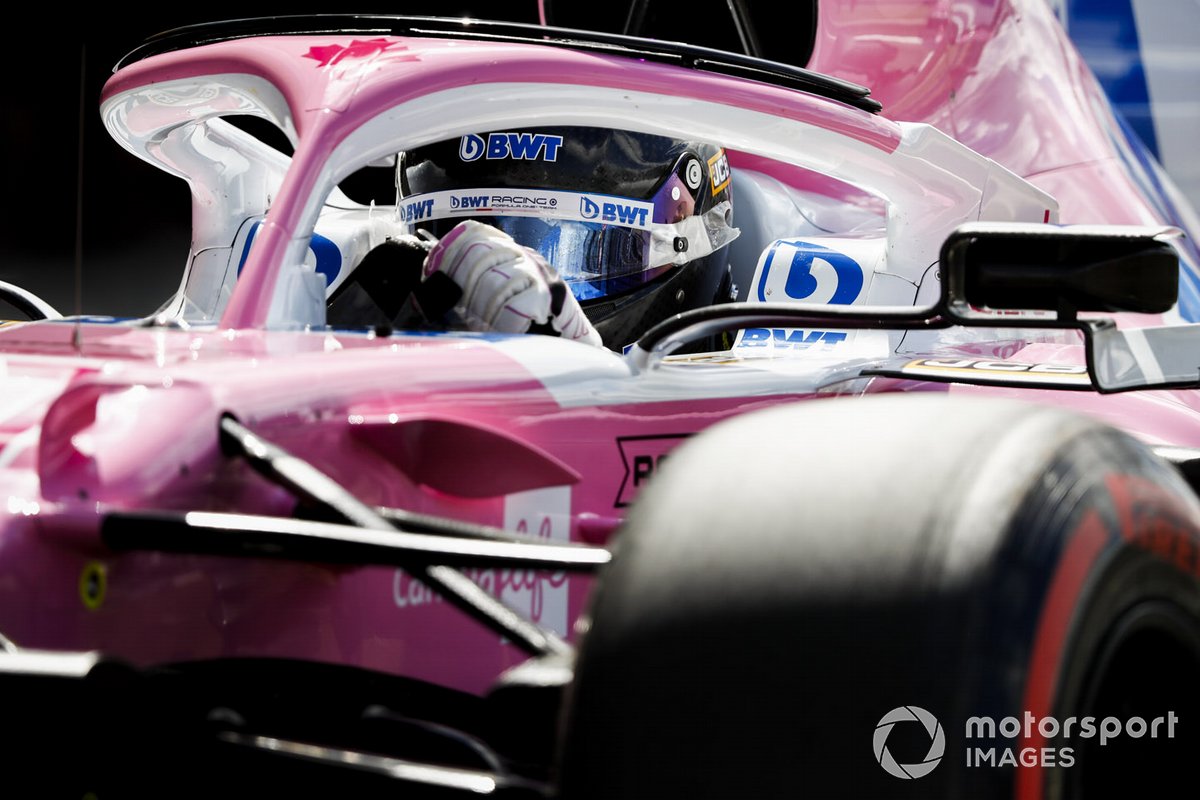 Bahrain has been something of a stand-in’s circuit in recent years given Stoffel Vandoorne replaced the injured Fernando Alonso at McLaren for a one-off appearance in 2016, plus George Russell and Jack Aitken’s respective call-ups to Mercedes and Williams after Hamilton’s positive COVID result before the 2020 Sakhir race on the track’s outer loop layout, where Pietro Fittipaldi raced in place for Grosjean at Haas after the Frenchman’s fiery crash in the previous week’s Bahrain GP Hamilton won.

But while he is not facing a Nurburgring-style lack of practice preparation this time around, Hulkenberg’s chances this weekend are nevertheless hampered.

Although he was familiar with the Racing Point squad from his time racing in 95 F1 events for the team in its Force India days, Hulkenberg’s 2020 outings took place in machinery built to a formula he had still being racing in with Renault when he lost his regular spot on the grid at the end of the preceding season.

This time, Aston and the rest have built ground effect machines to F1’s much-vaunted new aero formula, in which he has had no testing time.

After he arrives in Bahrain on Thursday night Hulkenberg’s challenge will therefore be to get quickly acclimatised with the altered driving style the ground effect cars require, with F1 drivers now having to grapple with increased understeer in slow-speed turns, where mid-to-end braking also has an added new difficultly.

“I think it’s going to be a bit tricky at first for him – because the cars require a different driving style to the previous ones,” reckons Ferrari driver Leclerc, speaking in the Bahrain paddock earlier on Thursday.

But Leclerc’s team-mate Carlos Sainz Jr believes “three hours [of practice] is enough for Hulk”, precisely because of his previous super-sub experience.

“He has done it before and he will do it again,” says the Spaniard. “He will be quick. You will see – maybe not straightaway but Nico is Nico and I know the talent that he has. He will adapt. Maybe it will not be peak Nico Hulkenberg, but even a driver of his calibre without having maybe the optimum running time is still really strong and really good.” 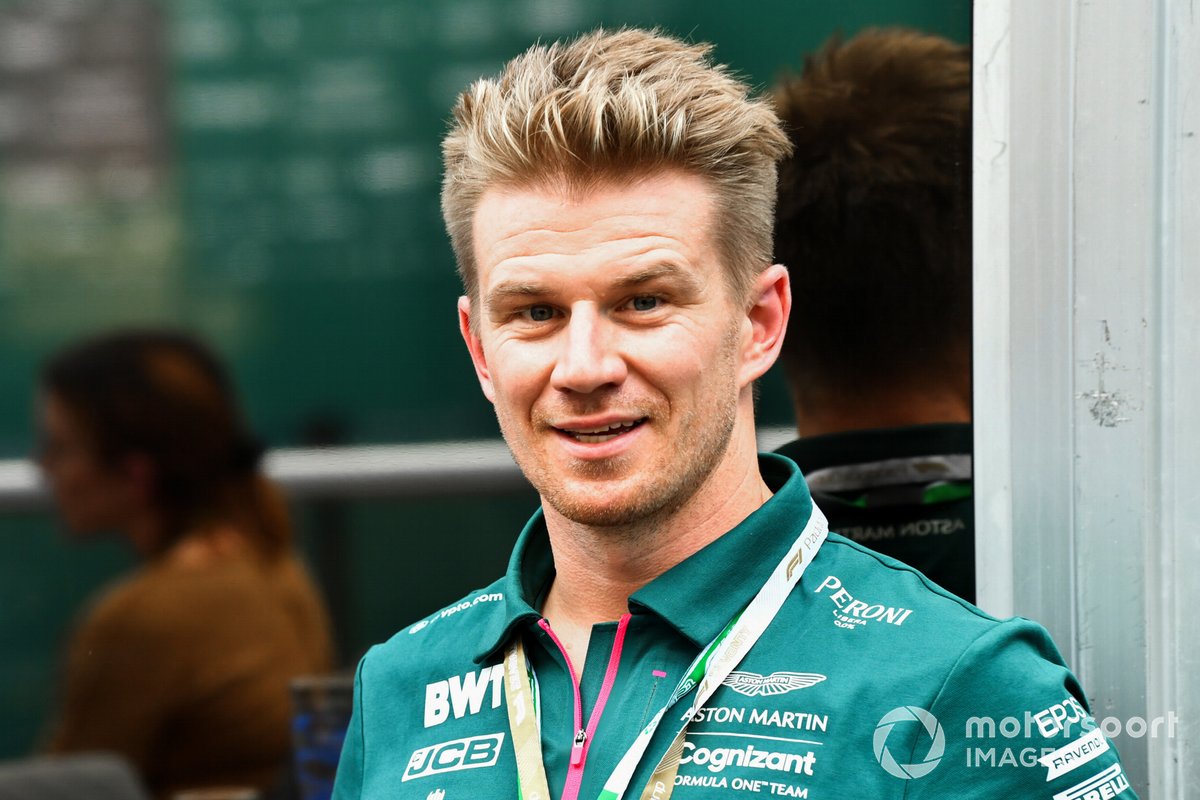 That is what Aston possesses in its reserve driver – a proven quantity in the challenge of stepping in at short notice.

The seemingly compacted nature of the pack behind the front runners in 2022 pre-season testing, where Aston appears to reside, will more than likely increase the pressure on Hulkenberg to deliver, but he can at least rely on his past super-sub results as he rises to this latest unexpected challenge.