In an era where test mileage is a precious commodity, it is unlikely that Formula 1 teams will ever again go to the trouble of organising a driver shootout. But back in 1997, one such test would make the career of Jarno Trulli, while the left-field choice to go up against him was forced to accept the reality of making a career outside F1

The shootout to replace injured Prost driver Olivier Panis following his leg-breaking 1997 Canadian Grand Prix crash would prove a pivotal moment in the careers of Jarno Trulli and Emmanuel Collard. Unfortunately for Le Mans veteran Collard, the circumstances were hardly ideal as Trulli got the nod which kick-started his Formula 1 career.

A-then-26-year-old Collard had just endured heartbreak at the 24 Hours when the leading Porsche 911 GT1 he shared with Ralf Kelleners and Yannick Dalmas went up in flames two hours from the end. With little chance to process the result, Collard got the call to make a seat and attend the shootout at Magny-Cours a few days later. He hadn’t driven an F1 car in over 12 months, having missed out on a 1996 race seat at Tyrrell, and coming off a gruelling enduro did nothing to help his cause.

“I was completely destroyed,” says Collard, who had first tested an F1 car with the team in its previous guise as Ligier in 1990. “I was really tired because Le Mans is Le Mans, it’s really tough. And it was more than one year I didn’t drive a single-seater, I was with Porsche in GT, so it was not easy for me. But in the end I did it.”

Given Prost was in the minority of teams using the new-for-1997 Bridgestone rubber that proved vastly superior to the rival Goodyears - which had allowed Panis to finish third in Brazil, a close second in Spain and sit third in the standings prior to Canada - this was a superb opportunity to make an impression in F1.

It came with added pressure too, for this was realistically the 1996 Porsche Supercup champion’s last chance for a shot at the big time after his difficult 1993 Formula 3000 campaign had failed to deliver on its pre-season promise and left the door to an F1 race seat firmly closed.

PLUS: The understated Le Mans legend who has earned a testimonial

But Collard, who had beaten Panis in their year together as F3000 rookie team-mates in 1992, believes it was predetermined that the seat alongside Mugen-backed Japanese driver Shinji Nakano would go to highly-rated German F3 champion Trulli. 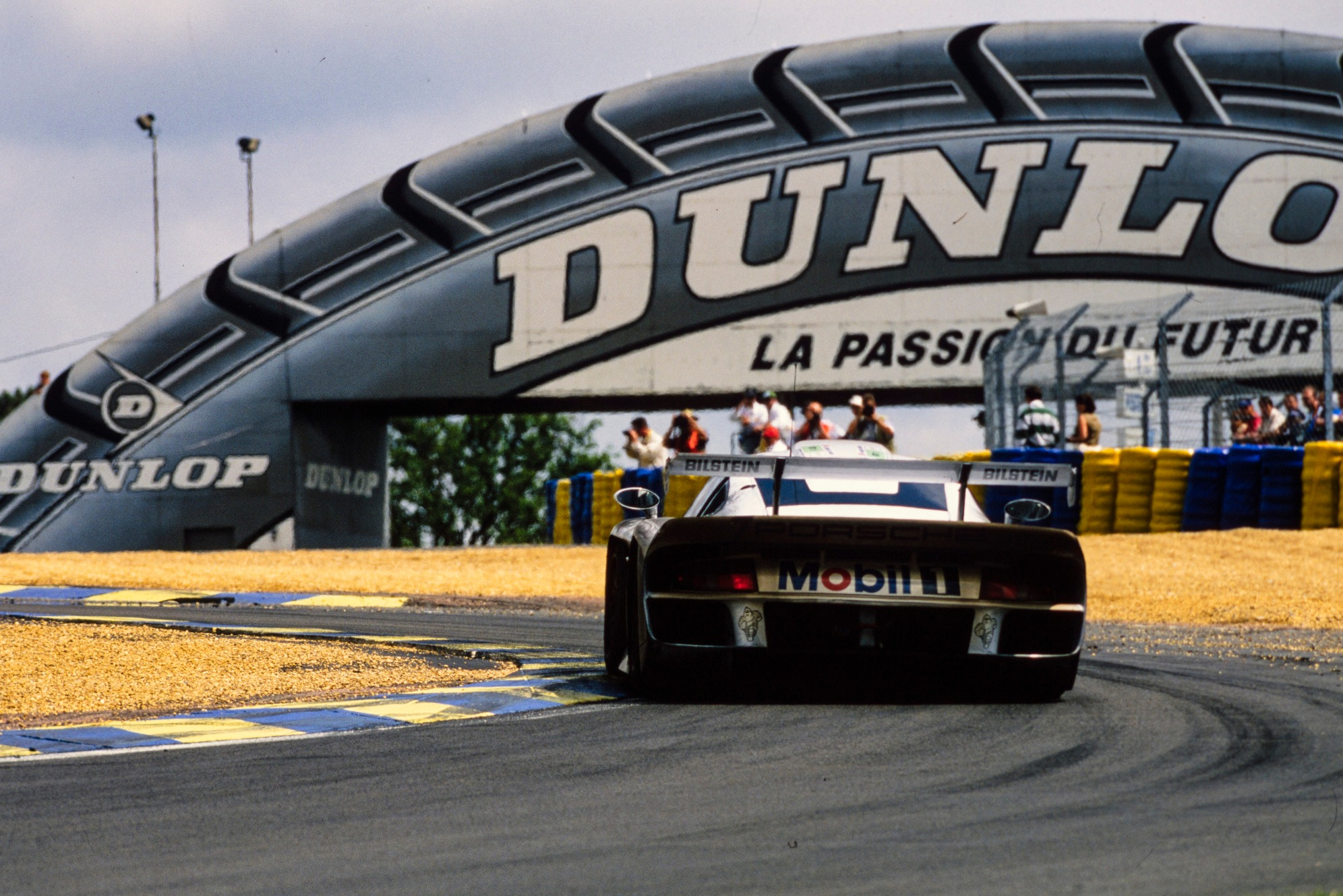 The Italian was managed by Flavio Briatore, the flamboyant Italian who had sold the team to Prost earlier that year and “Prost’s close links with the team’s former owner” was acknowledged in Autosport’s report on the test, which referenced suggestions from insiders “that Briatore this year retained ownership of the team for some time after Prost took over.”

That Briatore and Collard didn’t have the best of relationships, dating back to 1995 when Collard was Benetton’s nominal test driver - “I didn’t drive the car” - merely added to his impression that “everything was against me at this time”.

“I think the deal was done before,” Collard says. “They called me but I don’t know why, I think they had no choice. They had to call a French driver, I was the only one at this time, so they called me because they had to. But in the end, the choice was for Trulli.”

Collard recalls that the original plan was for both drivers to have a set of new tyres each, and understood that the fastest driver afterwards would be chosen.

"When you are not driving a Formula 1 car for more than one year, your neck is destroyed – for sure. They knew this, so why did they call me?" Emmanuel Collard

“I beat Trulli for the first set and they gave him a second set of new tyres so finally he was a few tenths faster than me,” he says. “It was a joke at the end.”

Trulli, who had been placed at Minardi since the start of the season, lapped 0.16s faster by the end of the test, with Autosport reporting that “although the two were fairly evenly-matched on pace, Trulli impressed the team with his greater consistency, the higher quality of his technical feedback and better fitness.”

A damning statement from Alain Prost left no room for interpretation on Collard’s fitness and firmly ended his F1 aspirations.

“We thought long and hard about the possibility of Emmanuel Collard taking over from Olivier,” said Prost. “However, in Emmanuel’s current physical condition, this would have been a premature decision and we decided, mutually, not to take the risk. Having said that, I hope to be able to work with Emmanuel in the near future.” 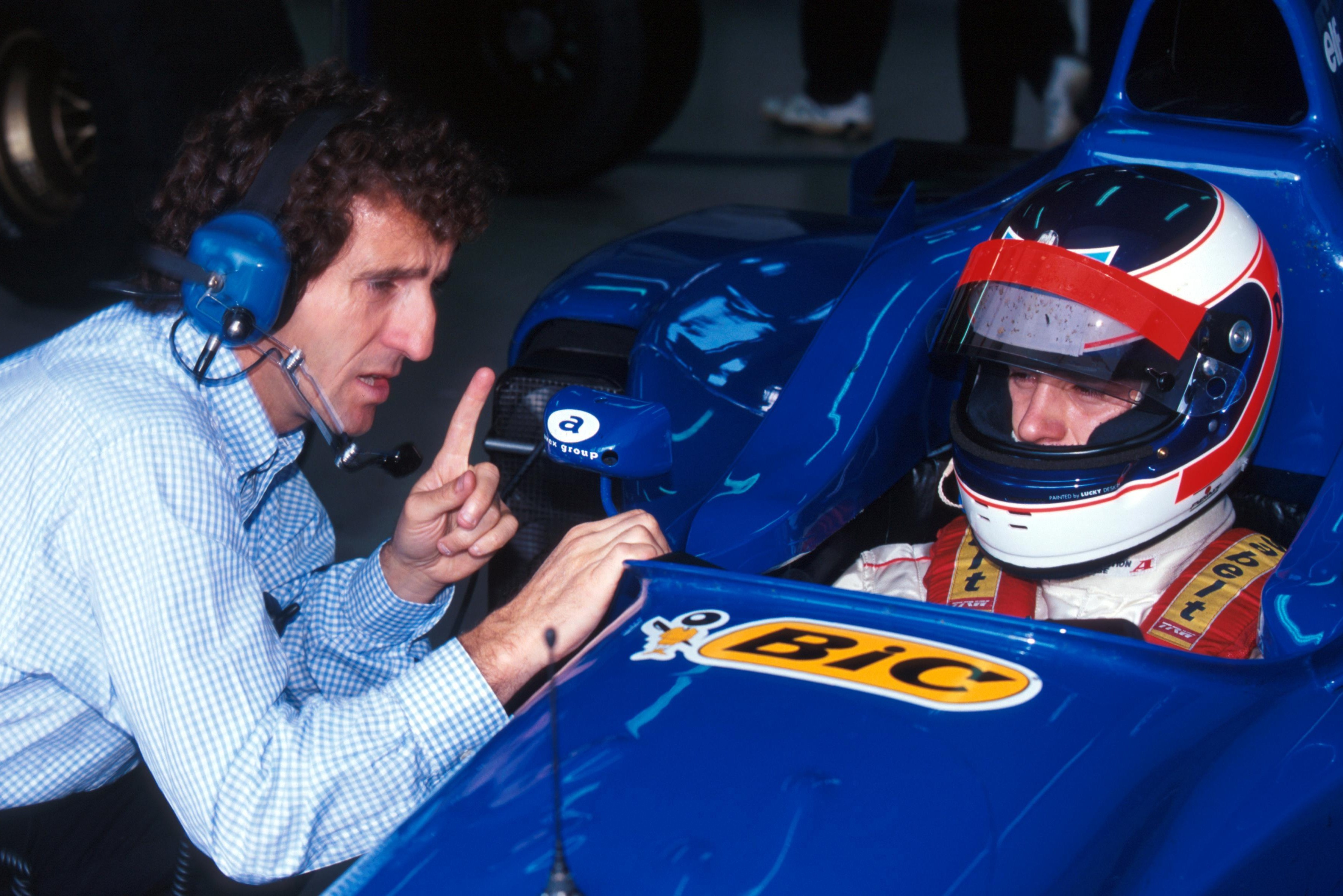 Trulli got the nod over Collard, impressing the team with his fitness and feedback

As Collard points out today, “it’s normal” that he struggled somewhat given his lack of recent F1 seat time.

“When you are not driving a Formula 1 car for more than one year, your neck is destroyed – for sure,” he says. “They knew this, so why did they call me? That was a problem for sure, but what can I do?”

However, Collard feels it wouldn’t have stopped him from giving a good account of himself on a grand prix weekend.

“I think I could make it [work],” he says. “When you are in the race, for sure we [would] have a neck problem, but this is manageable and I think at the end you can do it. That was an excuse, that’s it. It was the wrong moment for me.”

Trulli made excellent use of the opportunity with Prost. Having previously been hampered by the year’s slowest car (not including the under-baked Lolas that disappeared after Melbourne), he qualified sixth on his team debut at Magny-Cours, finished fourth at Hockenheim and looked on course for second in his final outing prior to Panis’s return at the A1 Ring before his engine blew.

Nakano’s days were numbered and Trulli was signed to join Panis for 1998, laying the foundations for a career that would extend to 252 grand prix starts. Renowned as one of F1’s greatest qualifiers, he managed one win at Monaco in 2004.

PLUS: How to become a qualifying master

Collard, meanwhile, would go on to enjoy an excellent career in sportscars and remains active today in the European Le Mans Series. 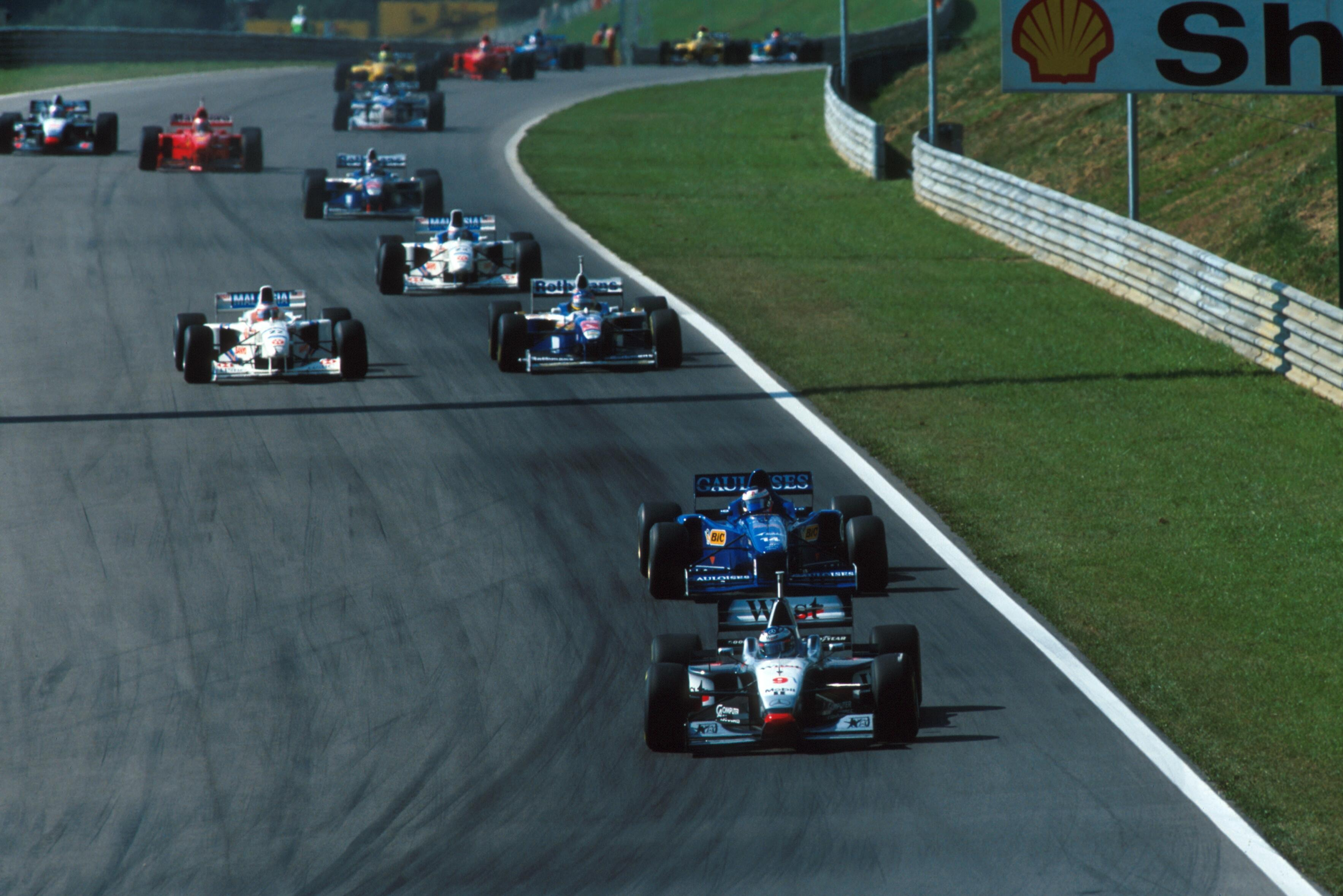 When Hakkinen retired on the opening lap, Trulli led the first 37 laps of F1's return to Austria before retiring from second

"Maybe in the end I didn’t push hard enough, I don’t know. That was my problem for sure, I was too quiet" Emmanuel Collard

The consummate team player, he concedes that his introverted personality meant he perhaps didn’t push himself hard enough on F1 teams.

“Yes, I think my character was not right I think for F1 - I was too quiet,” he says. “Maybe in the end I didn’t push hard enough, I don’t know. That was my problem for sure, I was too quiet, but I think I had the capacity to make it.

“To say I would have been on the podium or score some points I don’t know, I can’t say that. But I think the level was there.” 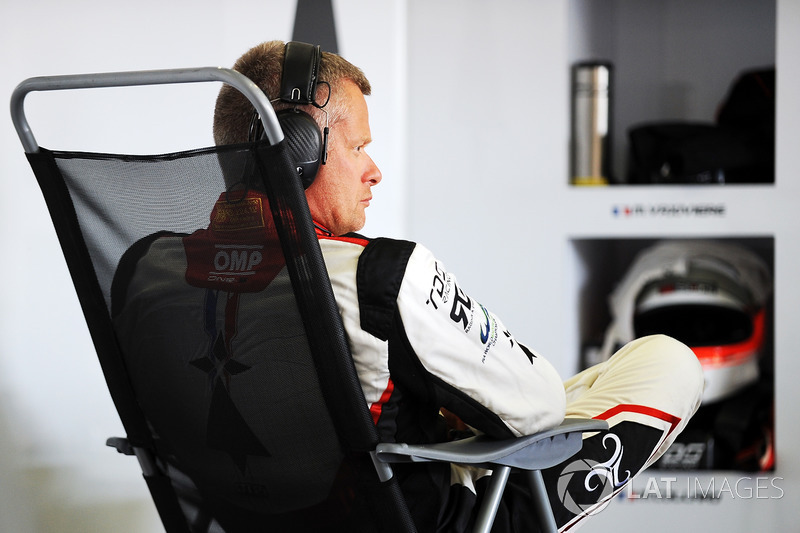 Collard believes he was too introverted for F1