It is hard to believe that Esteban Ocon's triumph at Formula 1's Hungarian Grand Prix came just two races after he found himself dumped out of Q1 for the second event running.

Having begun the 2021 season as a regular contender for Q3, Ocon faced a challenging spell once the campaign got into full swing.

His qualifying form peaked with a P5 on the grid in Spain, but he then failed to make it out of Q2 in Monaco, Azerbaijan and France.

Things then got even worse, as at the Styrian and Austrian Grand Prix he found himself ill at ease with his Alpine A521, and he appeared lost in being able to extract any pace from the car.

He started 17th in both Red Bull Ring rounds, and failed to bring home a single point for either event.

With no obvious explanation for why things had turned south, as both team and driver were equally baffled, Alpine took the decision for the British GP to give him pretty much a full car change.

With a new chassis, and various other components swapped out, Ocon's sense of relief as he instantly found himself at one again with his car was immense.

He duly found himself back in Q3 again at Silverstone, grabbing a couple of points, and then followed that up with that epic win in Hungary.

But while Alpine was thankful Ocon's situation turned around in time for him to grab the opportunity afforded to him at the Hungaroring, it still is not fully sure what the slump was triggered by. 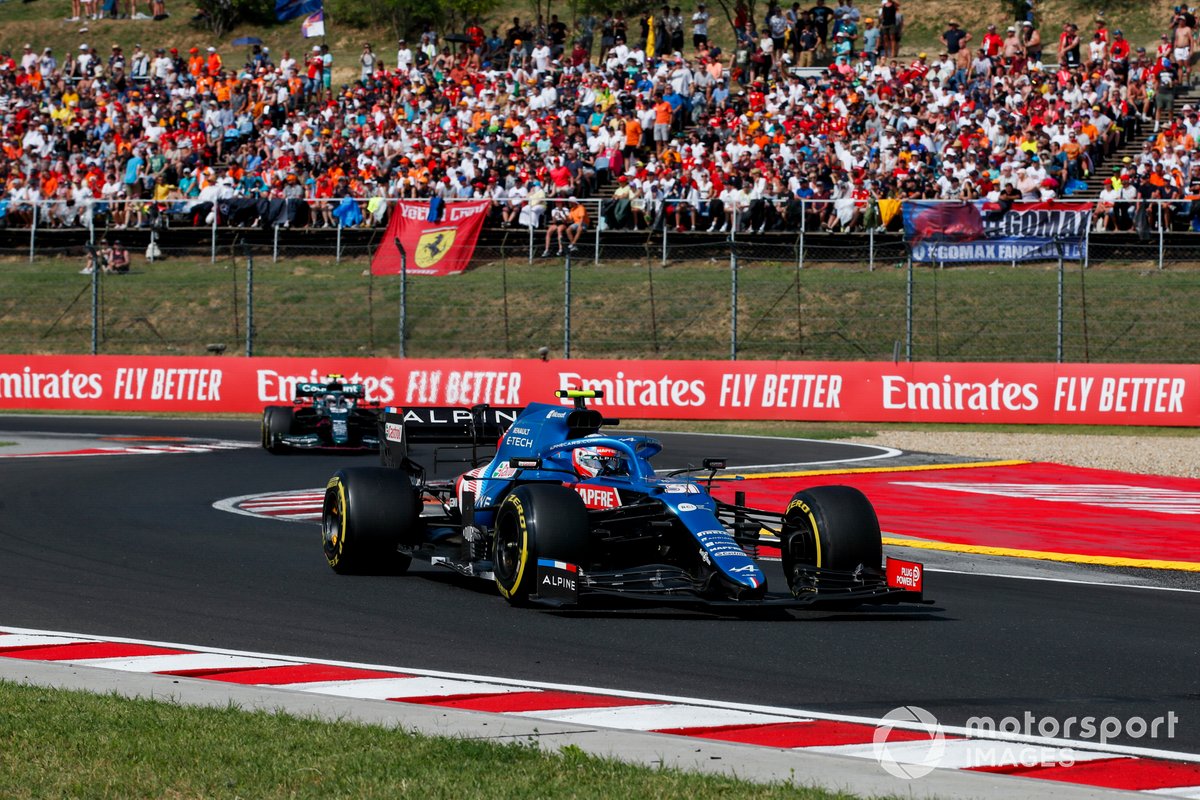 Although it did find a small problem with a front suspension element, that tiny component does not really explain the huge performance swing.

Asked by Autosport to explain what Alpine discovered with Ocon's car, executive director Marcin Budkowski said: "It's fair to say we didn't exactly know what the issue was.

"There was an issue with the car, as clearly with Esteban, the combination of driver plus car wasn't delivering.

"So we took the decision to change as many things as we could on the car, because when you don't have a clue why and you can change the parts, why wouldn't you?

"When we changed the chassis, we've done some tests on the chassis, but we haven't seen anything untoward in terms of rigidity, or the things you would get normally if the chassis has an issue.

"We just found a small issue, a front suspension element, and it was fairly minor. But some of the things it would have provoked were some of the symptoms that Esteban was describing.

"Whether it was worth all the lap time as such, I don't think it was. But in reality, if you have something small that destabilises a driver and as a result, he loses confidence, then it could be a few tenths coming on top of that.

"So the reality is, I can't give you a full answer, because we don't really know. But we did find something that was a bit abnormal." 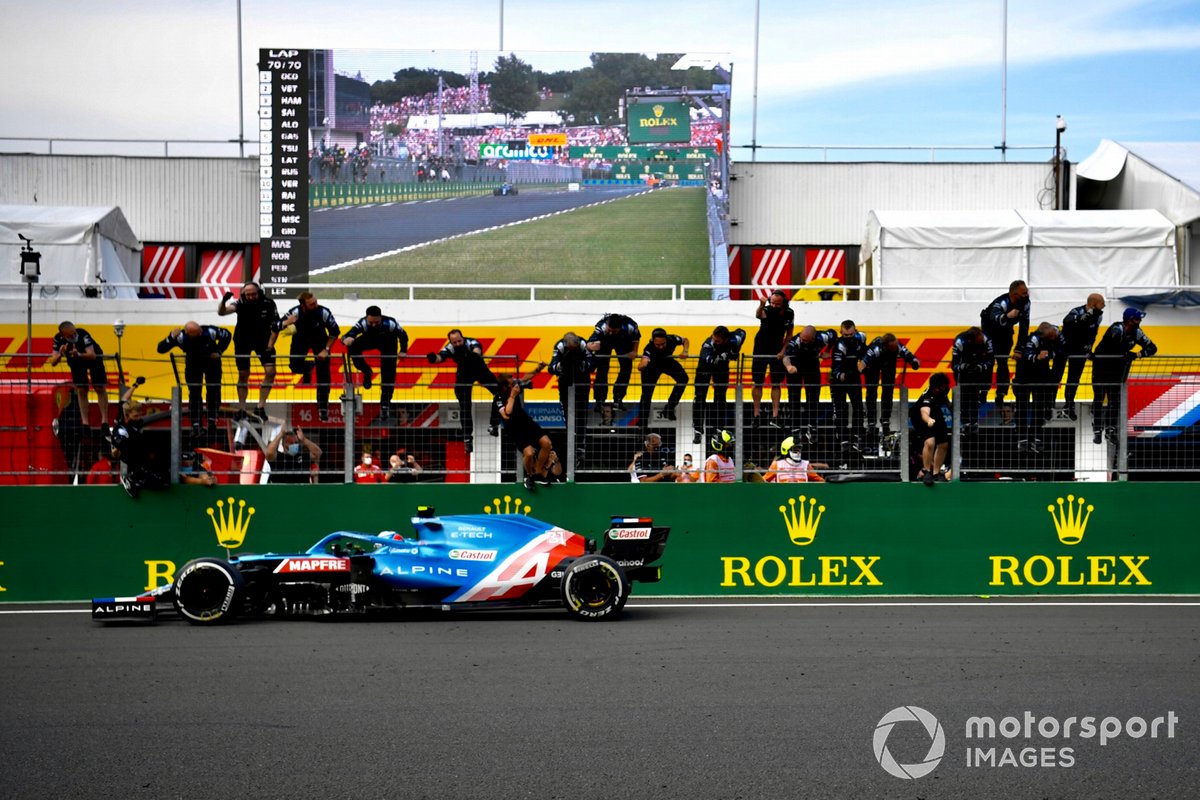 Esteban Ocon, Alpine A521, 1st position, takes victory to the delight of his team on the pit wall

Despite the ongoing mystery about what the exact circumstances were that were causing Ocon's problems, for now the team says the only thing that really matters is that the Frenchman is back to his best.

"The combination of making these changes and Esteban regaining confidence in a car means he bounced back to a good level of competitiveness," added Budkowski.

"I think that's what matters going forward. He was happy with the car from P1 at Silverstone onwards. And actually, he felt that the car didn't have the issues he was describing before."