For all the suggestions that a Formula 1 contract extension between Fernando Alonso and Alpine would be a formality, it tellingly never appeared to move quickly.

Over the past couple of weeks, both Alonso and the top dogs at Alpine have expressed confidence things would be resolved quickly. Alonso said on Thursday he thought it would only take a 10-minute conversation to sort things out.

That bit was probably true. It may not have even taken 10 minutes for him to say: “Guys, I’m off.”

Make no bones about it: this is a huge, huge move in F1 silly season. The Aston Martin seat freed up by the retiring Sebastian Vettel was always going to be the key to the market, attracting a variety of names. Alonso was naturally in the mix, having spoken with Lawrence Stroll about a deal ahead of his F1 comeback with Alpine in 2021. Few could have expected things to move this quickly, though, particularly Alpine.

To lose a driver of Alonso’s experience and calibre is a huge blow for the French squad. On face value, it appears to solve the problem over what it was going to do with Oscar Piastri.

Alpine’s been stuck in a classic ‘three drivers into two seats’ conundrum that many F1 teams have faced in the past. It had Esteban Ocon on a long-term contract, Alonso performing well, and reserve driver Piastri waiting in the wings with a junior record that is the envy of anyone on the F1 grid.

Alpine CEO Laurent Rossi said in France he was confident both Alonso and Piastri would be racing in F1 next year, indicating that Alonso would stay put and that Piastri would be loaned out. Williams had been the anticipated destination for the young Australian, replacing Nicholas Latifi, but as time moved on, McLaren was also emerging as a possible landing spot in the event Daniel Ricciardo left at the end of the season.

It was made clear from the very beginning that Alpine did not want to lose Piastri. Rossi stressed it would only look to loan him out to another team, not let him go completely - something that would have happened had it failed to land him an F1 seat for 2023. Its faith in his future is total. 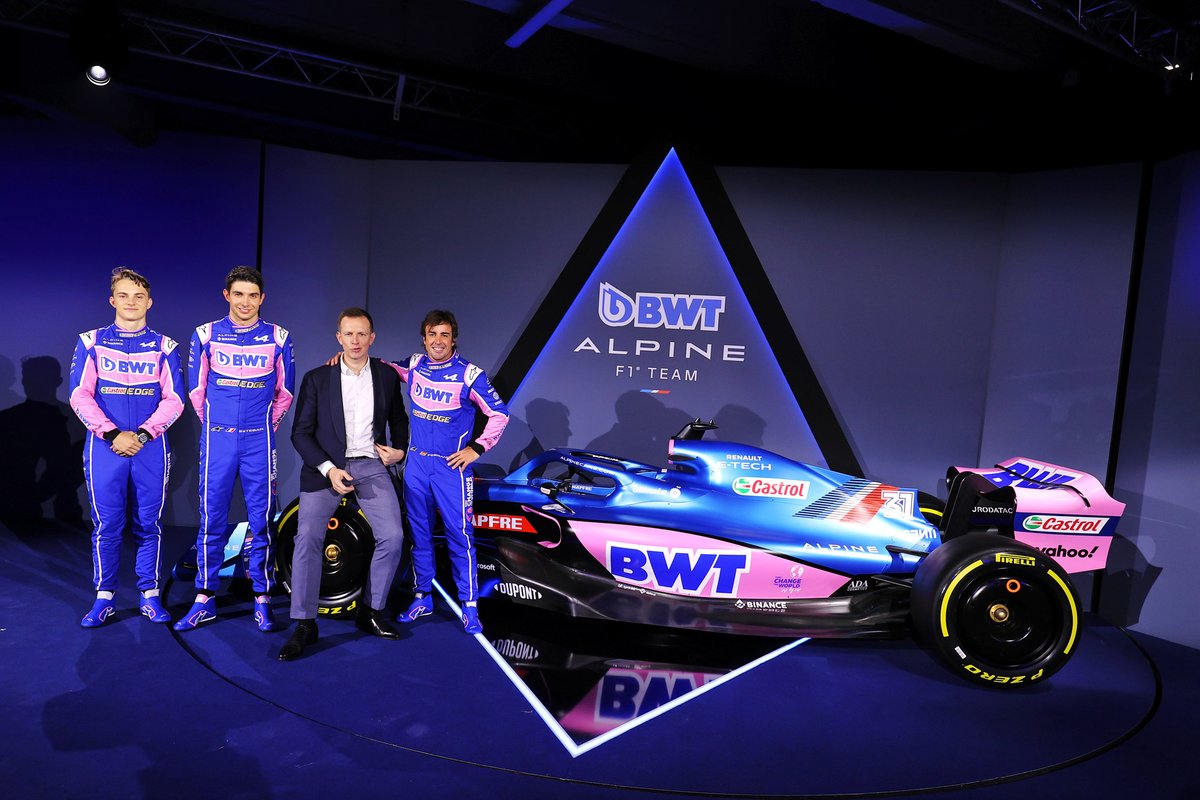 As much as Alpine may not have wanted to lose Alonso, to have Piastri in its back pocket would have given it some support in talks. Had Alonso gone to Alpine’s bosses and used interest from Aston Martin as leverage for a better deal, it’s unlikely there would have been the same fear of what life without Alonso would look like. Piastri would solve that problem.

Or so it would seem. The fact that talks have dragged on for so long has led to some question marks over Piastri and Alpine’s future together, and whether it may have opened the door for another outfit to swoop in and snare him away given his deal featured various time-sensitive clauses around the summer. There were more and more whispers over the Hungary weekend that McLaren could be an option in the event Ricciardo left, or potentially even looking beyond to 2024. If Alpine was so confident Alonso would continue, could Piastri have slipped through its fingers already?

So long as Piastri is still in its hands, the priority for Alpine will be to get him on the grid and start to build for a long-term, post-Alonso future. An Ocon/Piastri line-up might lack the experience or star power that Alonso bears, but there’s no denying it’s an exciting prospect. Alpine will also finally achieve its goal of getting one of its juniors into a works seat, even if it’s earlier than it would have anticipated just a couple of weeks ago.

But the knock-on effect in the driver market goes way beyond Alonso going to Aston Martin and Piastri getting a shot with Alpine as a result. In fact, Alpine may not be the only team getting the chance to cash in on a young driver it has supported and can now plan with for the long-term.

For Williams, bringing Piastri in on loan from Alpine may have been good in many ways, giving a chance to a brilliant young driver. Yet it also didn’t make total sense if it was going to help develop Piastri only for him to leave in a year or two.

If Williams wanted to look to the long-term and invest in its own talent, then Logan Sargeant, the leading member of its young driver academy who currently sits third in the Formula 2 standings, was a more sensible choice. Sargeant missed out on the F3 title to Piastri in 2020 by just four points, and has recovered from financial setbacks to impress in his rookie F2 campaign this year. 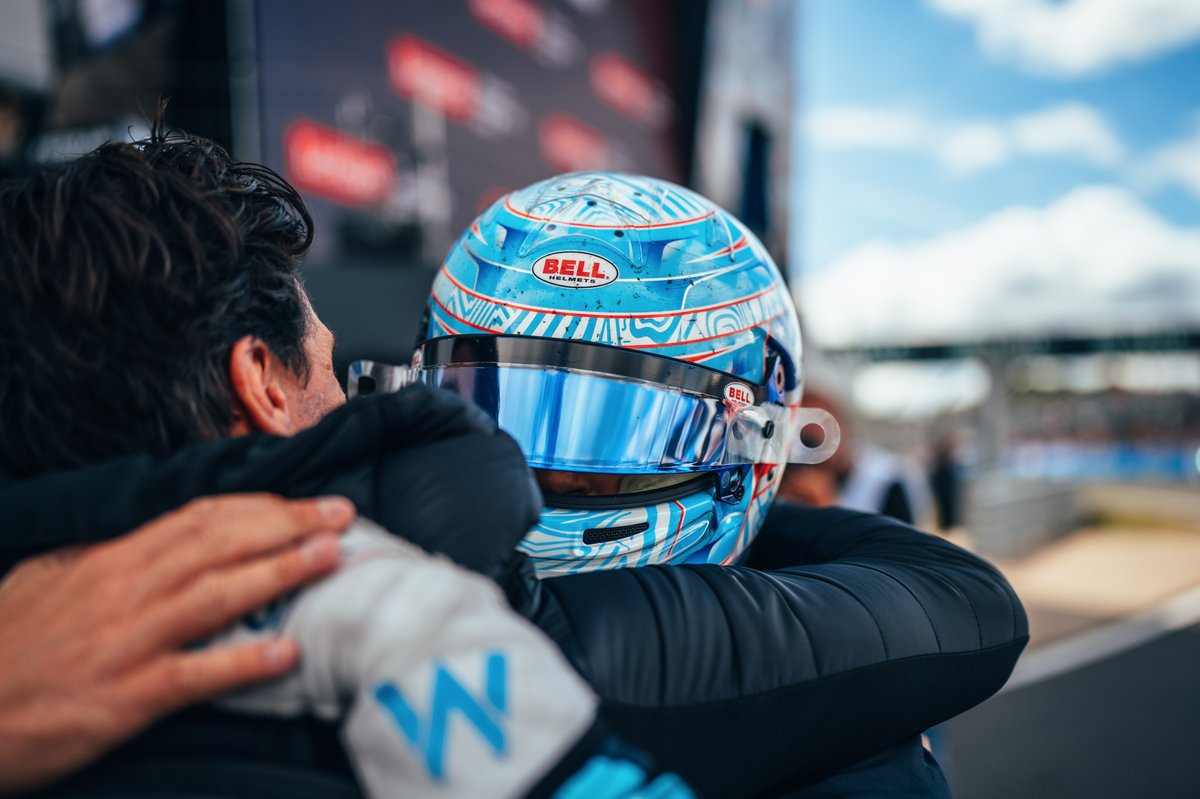 Could Sargeant be in line at Williams for 2023?

Williams boss Jost Capito acknowledged in France it would be a “good headache” to have if Sargeant became an option for an F1 seat next year. Frankly, for a team looking to build for the future, and one that has American owners, getting a young, American driver onto the grid might well be the best move they can make.

Another candidate for Williams would be Nyck de Vries, who it considered for this year before ultimately signing Alex Albon to partner Latifi. De Vries is highly rated by Capito and has earned his stripes through titles in F2 and Formula E, yet at 27, he may have a lower ceiling than Sargeant at 21 and lack the commercial boost of getting a US driver onto the grid, which would also have great appeal to F1.

Just as it was last year following George Russell’s move to Mercedes, the open Williams seat is one that could be quite powerful in silly season and does not need to be filled immediately. Sargeant still needs to get the required F1 superlicence points - but will do so if he remains in title contention - and if you’re a driver in need of a seat, it could be an option.

It is for the same reason that Aston Martin’s confirmation of Alonso mean things may also have taken a slight turn for Ricciardo. The Australian has been clear in his commitment to see out his three-year deal with McLaren that expires at the end of next season, yet Zak Brown’s comment back in May about “mechanisms” within his contract that allow for an early exit, the links to Piastri, and the flurry of IndyCar drivers signed to McLaren’s driver pool of late has done little to quell doubt about his future. 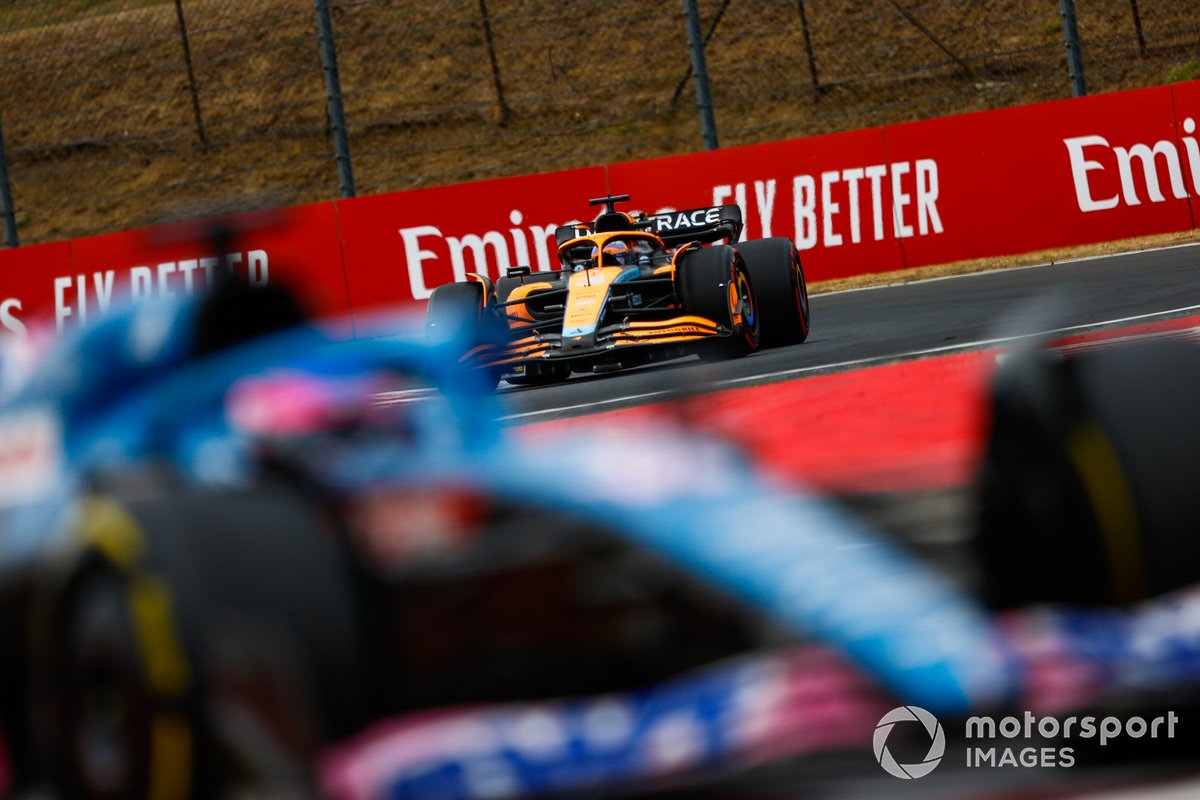 Ricciardo's options away from McLaren have disappeared, as he commits to turning around his form at the team

Ricciardo’s best move, undoubtedly, is to not move. But if things got to a point where a switch away was the only option, then would Aston Martin have been a viable landing spot? It’s unlikely. For all his talent and success, Ricciardo didn’t quite fit the slick image that Aston Martin has been chasing with its team under Stroll’s ownership. If the commitment from both sides to make it work for Ricciardo at Woking is concrete, then Alonso’s move will change nothing. But in the event he did part ways with McLaren, there is now one less alternative option on the table.

In the space of a few days, we’ve had one F1 great hang up his helmet, and another commit to a few more years on the grid.

The decisions will have huge ramifications on the driver market and have already sent silly season into a spin - just as the paddock was planning to put its feet up over the summer break. 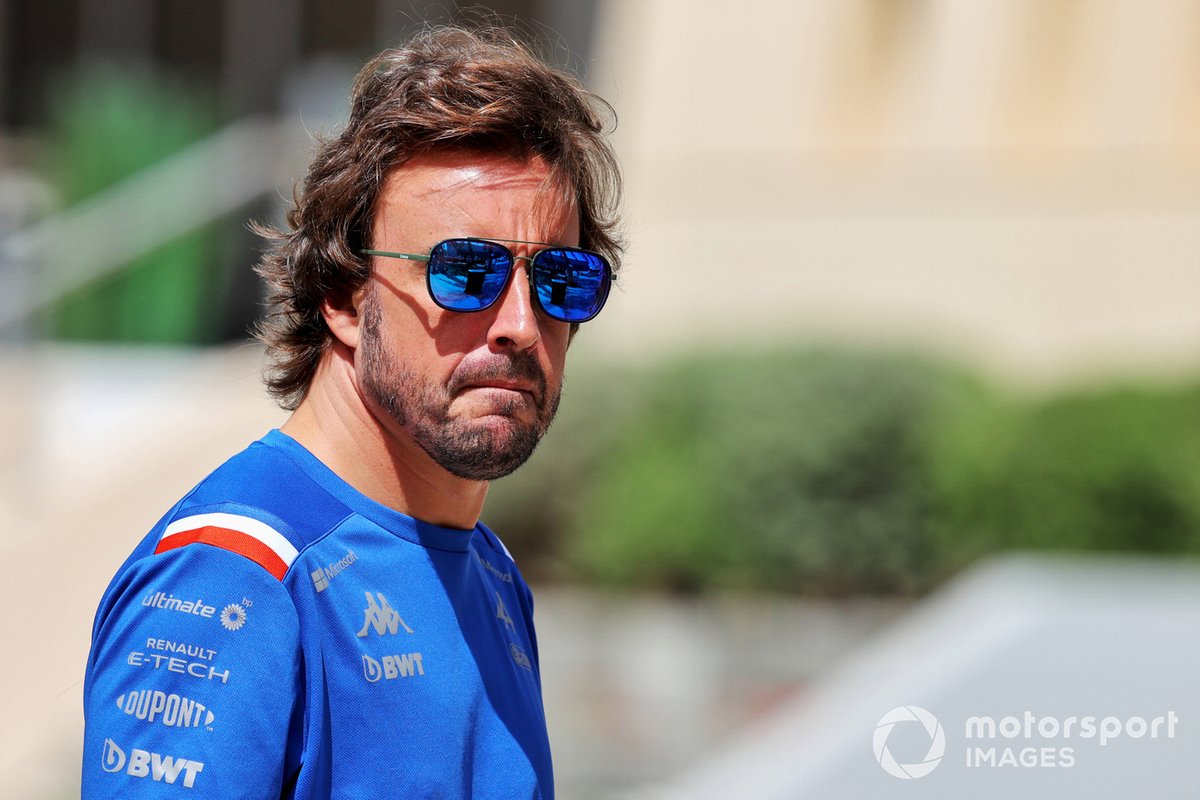