Each driver has a strict limit on the number of engine components and gearboxes they can use over the course of a season and are demoted from their qualifying positions every time they take another component over the limit.

"There's too much policing," Webber said at the FIA Sport Conference in Geneva.

"I don't want any penalties for a driver that's had nothing to do with it.

"[For example] if a mechanic has put a brake disc in the wrong way, and a driver is at the back of the grid.

"A lot of people don't watch qualifying, they turn on [the TV] and are like, 'why is my favourite driver at the back of the grid?' and so we lose people for that.

"It's hard enough to get the quality at the front of the grid as it is, let alone having guys diluted down the back through no reason of their own, so we don't need all that junk in there."

When asked how squads could be punished more suitably, nine-time grand prix winner Webber expressed his preference for a points penalty for the teams involved.

"Constructors' points, whatever," he said, "Find a way that you don't hurt the driver.

"There have been so many ridiculous penalties over the last five years that the driver has had nothing to do with, and it's had a big impact on how the weekend would have been in terms of entertainment." 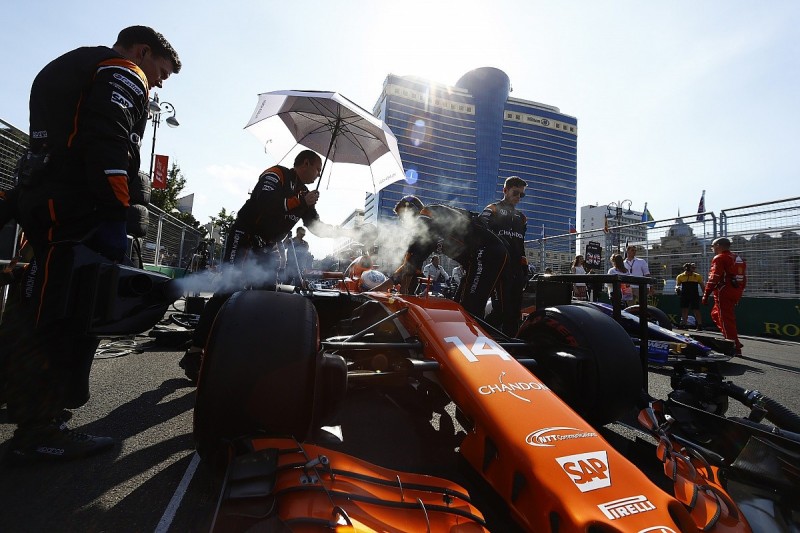 One team that has been on the receiving end of a high number of grid penalties in recent years is McLaren, due to issues with its Honda power units.

Fernando Alonso was awarded a 40-place penalty on the Azerbaijan Grand Prix grid as a result of component changes, while team-mate Stoffel Vandoorne dropped 30 places after taking a new MGU-H and turbocharger.

Webber described his disappointment at McLaren's performance situation, but said it was helping to highlight Alonso's talent.

He said: "It's a total waste and an absolute travesty that he's at the back of the grid, driving a car that's uncompetitive.

"But he's still in a situation where he's driving phenomenally.

Force India: Clashes due to Ocon's inexperience, not Perez tensions