Former Red Bull driver Mark Webber says Daniel Ricciardo "has more composure" than Max Verstappen, and will hold the upper hand over the teenager during the 2017 Formula 1 season

Ricciardo has 109 F1 starts to his name, and outscoured Verstappen during their spell as team-mates in 2016 on his way to third in the championship.

Verstappen switched to Red Bull's top team ahead of the Spanish Grand Prix in May last year, winning the event, and by contrast now has 40 grands prix under his belt.

Webber said Ricciardo's added experience over Verstappen would stand the Australian in good stead ahead of the introudction of a new, more aggressive set of rules for 2017.

"It will be tight, as it was at the end of last year," said Webber, when asked about the Red Bull drivers' intra-team battle.

"I think Daniel still has more composure. Obviously that experience will be very useful for him, particularly in the early part of the championship.

"When you've seen more regulation [changes], like he has done, driven different types of cars, that's an advantage for him.

"It's going to be a good battle there. But the composure side is a big plus for Daniel.

"He's got plenty of fire too, but it's all about putting the weekends together.

"Max is still learning, with that unbelievable talent." 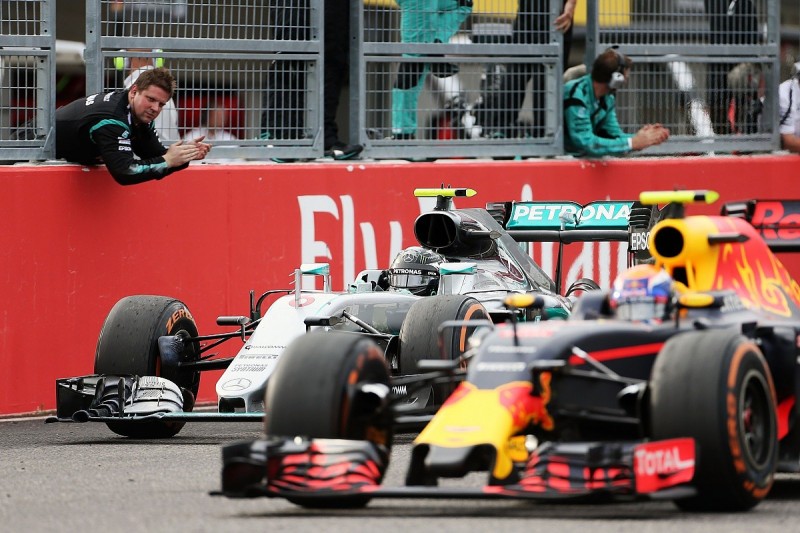 RED BULL CAN TAKE ON MERCEDES

Webber believes that Red Bull has a serious opportunity to contend for the title in 2017, after three years of Mercedes dominance in the hybrid-turbo era.

"I think Red Bull have had a quiet winter and they're going to be quite strong," said Webber.

"It really depends on who unlocks these new regulations. Traditionally, Adrian [Newey, Red Bull's chief technical officer] has been very good at that.

"Mercedes have had the luxury of closing out the constructors' championship very early last year, so that gives you a big chance to put your resources into the next year's programme earlier than anyone else potentially.

"They have a very good engine, we know that's their main strength.

"So if it's nip and tuck when down to the fine points, Red Bull are very good at that."