Vietnam has been dropped from the provisional calendar for the 2021 Formula 1 season that will be unveiled on Tuesday, while the Brazilian Grand Prix will remain in Sao Paulo

F1 will announce its intended schedule for the 2021 season tomorrow featuring 22 races, omitting Vietnam at the last minute.

Vietnam was due to host its first F1 grand prix in 2020 prior to its cancellation due to the COVID-19 pandemic, and was initially included on the draft calendar circulated to teams last month.

But the race in Hanoi will no longer feature on the calendar, with sources indicating the race is being scrapped due to ongoing political issues over the race.

It is not thought to be related to the COVID-19 pandemic given the relatively low infection levels in Vietnam compared to other countries where F1 will be racing.

The absence of Vietnam will leave a gap in the provisional calendar between the Chinese Grand Prix on 11 April and the Spanish Grand Prix on 9 May, and drops the calendar to 22 races.

But it is understood that F1 remains hopeful of bolstering the schedule back up to 23 events, aided by an increase in demand through the revised 2020 season.

The other big change for 2021 from the original plans is that the Brazilian Grand Prix will remain at Interlagos in Sao Paulo for another year despite plans to move the race to Rio. 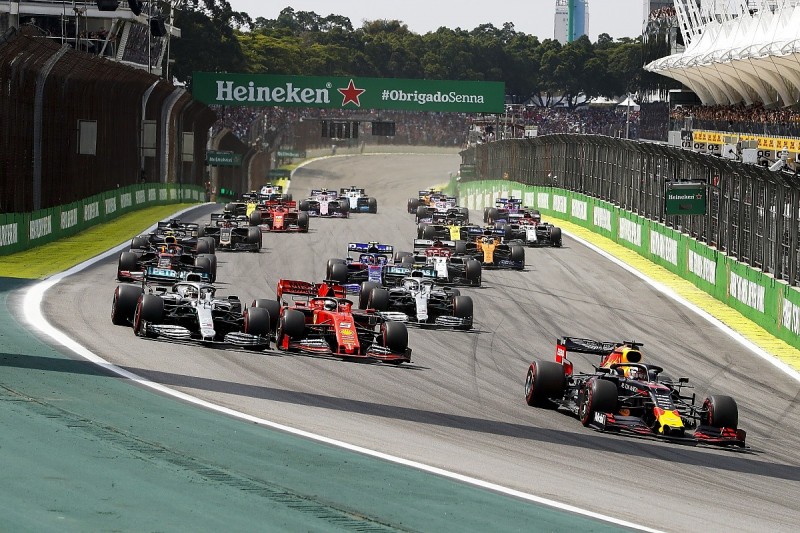 F1 had signed an agreement with promoters to move the race to Rio de Janeiro, on the condition they received government approval to build a new circuit on the outskirts of the city.

This was intended to commence in 2021, but with time ticking for the required approvals to be granted and the window becoming too small, it has been decided to keep the grand prix at Interlagos.

The provisional calendar will be unveiled in full on Tuesday, starting in Australia on 21 March and concluding in Abu Dhabi on 5 December.

The only new race in the schedule compared to 2020 will be the Saudi Arabian Grand Prix, which will take place in Jeddah as a night race on 28 November.

An F1 spokesperson told Autosport: "Our calendar will be announced tomorrow and we are not going to give a running commentary before its publication. It also needs to go to the World Motor Sport Council for approval."