The Aston Martin driver will run the FW14B, carrying the iconic red number five, on Sunday morning ahead of the British Grand Prix.

Vettel revealed on Thursday that the fuel makes “no difference” to how the Williams runs and believes that running historic cars in a more environmentally friendly way is important to “keep these cars and the history alive.”

He said: “I am expecting to have a lot of fun, and I hope people can share that fun, because I think it’s an incredible car and the history of the car and the way it sounds, I’m looking forward to it.

“In terms of the fuel actually, it was some effort to even find the fuel, but once we found it, it was actually very easy, it only took one shakedown to get on top of it.

“You will see it on Sunday, it’s no different to how the car was 30 years ago. It will sound exactly the same, it will drive the same way, and I will not try within a couple of laps to go to the absolute limit but I will try to enjoy it, which means go as fast as I feel comfortable with, bearing in mind it’s my car, it’s maybe a bit different to a car which is just borrowed.

“I think it will be fun and I think it’s great to demonstrate to people. Motorsport is all our passion, it’s what we grew up with. I think the cars that I dreamt of as a child are different to some of the other drivers, but it is important to find a way that we can do it responsibly in the future as well to keep these cars and the history alive.

“In the end, you can express culture in many ways, music, arts, but our way of expressing ourselves is driving cars, racing cars, and it would be a shame if that was all to disappear.

“I think it’s a way to keep it alive and looking forward, Formula 1 is headed in that direction in 2026, could be sooner, but it is what it is for many reasons.  think it’s a great way to put it all together and have some fun.” 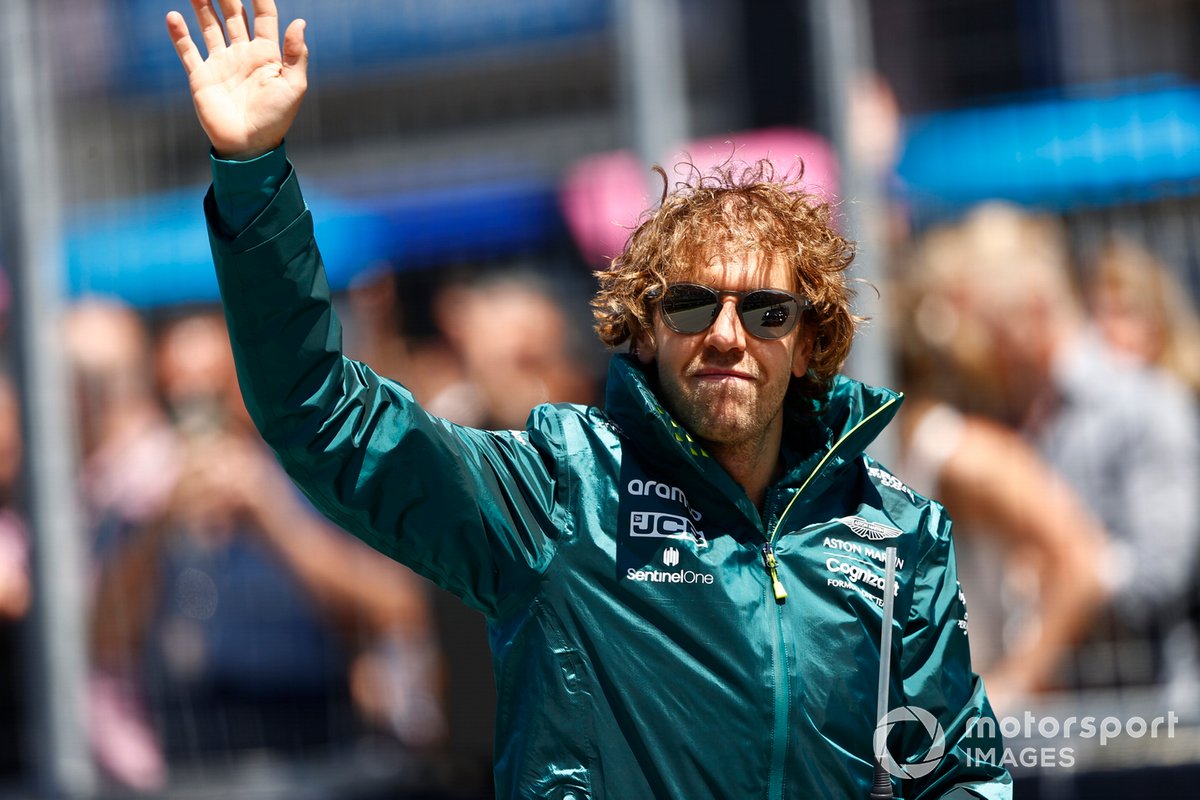 Vettel said the initiative was his idea and he wanted to celebrate the 30th anniversary of the car winning both the championship and the British Grand Prix.

He purchased FW14B chassis 08, which was sold by Bonhams auction house at the 2019 Goodwood Festival of Speed, for £2.7million, including buyer’s premium.

Chassis 08 was used for 13 of the 16 world championship races in 1992 and landed a remarkable seven pole positions.

“Obviously I’ve got the number five on my car, I won my first championship with the red five, even if it was a little bit smaller on our car back then, but still it was number five. I was wearing number five in karting, and I’m having number five now, so there’s a link there.

“I think the early 90s is the first memories I have from Formula 1, that car and the years after. It was my idea, my initiative, and I thought exactly 30 years after it won the championship, but it also won the British Grand Prix 30 years ago, it’s a great idea.

“But I also thought we had to do it in a responsible way, so I am using carbon-neutral fuels on Sunday to demonstrate that we can still hang onto our history and heritage and culture in motorsport but do it in a more responsible way.

“So I’m very much looking forward to driving the car for the first time and to hear the car, I think a lot of people will share that joy with me.”

The chassis was driven by Mansell to pole for the first five rounds of the term, which is marked by five red star stickers inside the cockpit.

Mansell then converted his front-row starts into five consecutive grand prix wins in South Africa, Mexico, Brazil, Spain and San Marino, for which there are also five gold star stickers.

From the mid-season British GP, chassis 08 was then taken on by team-mate Ricardo Patrese for six rounds.

Chassis 08 is also famous for its airborne shunt in the 1992 Portuguese GP, when Patrese collected the rear of Gerhard Berger’s McLaren and launched into the air.