Sebastian Vettel believes a late switch to dry tyres could have given Ferrari a chance to win the Formula 1 Turkish Grand Prix, but was "very happy" with a podium 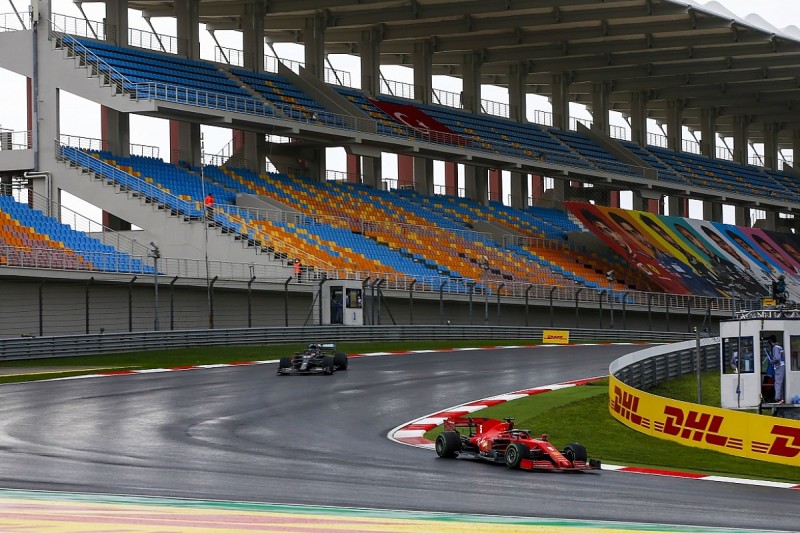