Sebastian Vettel was “caught by surprise” when Aston Martin Formula 1 team-mate Lance Stroll slowed suddenly as the pair battled on the last corner of the French Grand Prix.

The Canadian meanwhile said he “didn’t do anything reckless” as the pair battled for 10th place and the final point.

Vettel had been pushing hard to catch and pass Stroll in the closing stages, and was right with the Canadian on the final lap.

In the middle of the last corner Stroll appeared to slow suddenly, forcing Vettel to brake dramatically in order to avoid hitting the sister car.

The German raised his left hand in an obvious gesture of frustration as he accelerated out of the corner and crossed the line.

After the race Vettel downplayed the incident on the basis that Aston as a team still logged 10th place.

"I mean, I closed the gap the lap before,” he said.

“I think I was faster, but it doesn't matter. It's the same point for the team.

"He was obviously hitting the brakes again, before accelerating, so caught me by surprise, and then I lost the momentum.

“And, you know, in the end, like I said, it's the same point for the team. So it's not making a difference."

Stroll, who told his team that he was “out of breath” immediately after the flag, denied that he had braked in an unusual way, suggesting that he had an oversteer moment.

“I think everyone is racing out there. And he wants to score the point the same way I do every weekend. So yeah, I didn't do anything reckless. I just defend as if anyone was behind me." 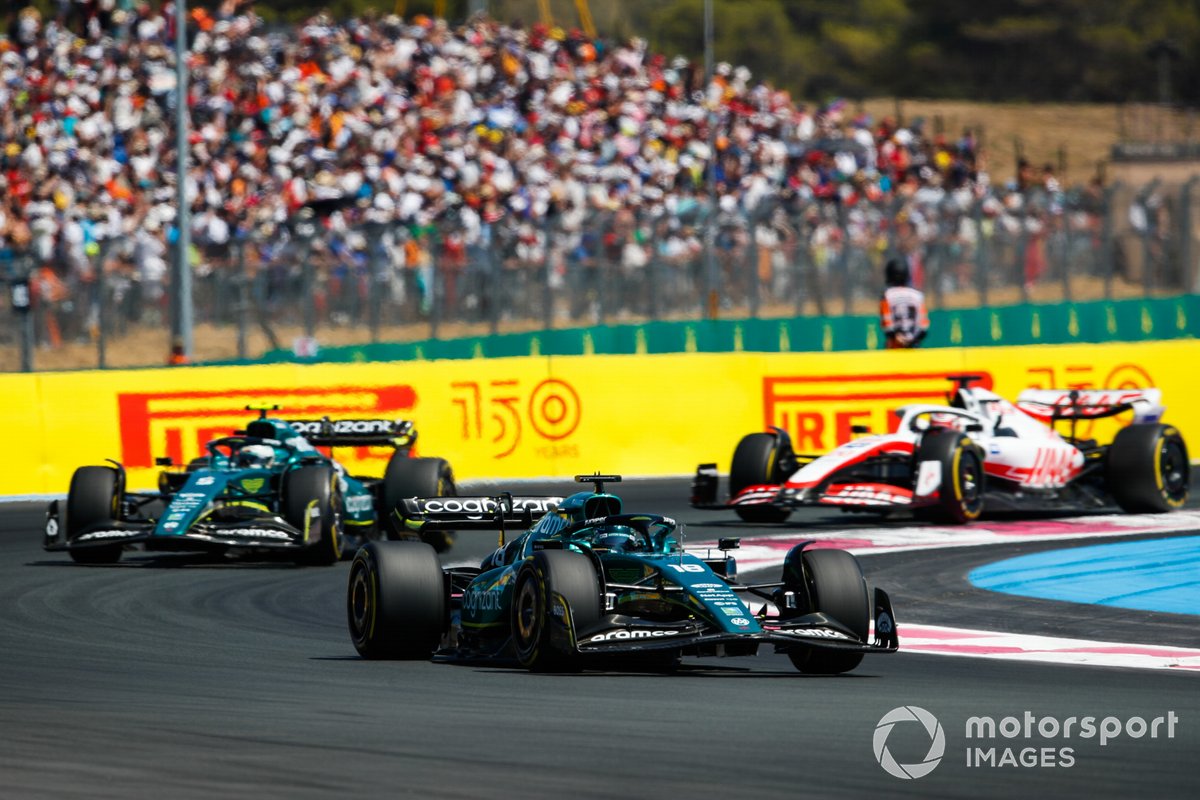 Stroll said that he was having tyre issues that compromised his pace in the latter stages.

“I was struggling for tyres and doing everything I had to do really to just kind of keep the point at the end. I think it was all under control. That was fine.

“But yeah, it was just tough for me on the hard tyre really.

“And then the last couple of laps after the virtual safety car, I felt like I had the momentum on [Daniel] Ricciardo before that to maybe get P9.

"But then I lost it and got pressure from Seb. So yeah, it was it was a good battle. But in the end, happy to pick up a point."

Vettel meanwhile was left frustrated as one of only two drivers, along with Nicholas Latifi, who was not pitted straight away under the safety car that followed Charles Leclerc’s accident, coming in instead on the next lap.

At the time he was behind Stroll so the two Astons would have had to be double-stacked in the tight pitlane.

"It is what it is, it's free air that I needed today, but I didn't have,” said the German.

“It's not like we had the pace to win also, but I think we could have been faster and could have been probably having a better race. I don't know for the stop, I was the last one to stop. So something to look into.

"I was happy as can be. I think we improved it throughout the race, with the pitstop we corrected the balance a bit. I mean, considering that we are the same pace as Williams [in qualifying], I think we were quite a bit quicker in the race."

Did an FIA glitch cost Perez a podium in France?