Sebastian Vettel is still giving "everything I have" to help Aston Martin develop its Formula 1 car package, despite having only two events left in his career in the championship.

Vettel is set to retire from F1 at the end of the current campaign, which concludes after this month's Abu Dhabi Grand Prix.

There, should he take part in this weekend's main race at Interlagos after its sprint event, Vettel will make his 299th and last F1 grand prix start.

After his decision to retire was announced ahead of this year's Hungarian GP, Vettel's final races have become a farewell tour, with Fernando Alonso signed up to replace him at Aston alongside Lance Stroll for 2023.

Those events have corresponded with an upturn in Aston's form, with its steady upgrade plan since its big Spanish GP update changed the look of the AMR22 helping the team move from ninth to seventh in the constructors' championship.

When asked by Autosport how much he was still working with Aston as it looks to implement the lessons learned from its current package heading into the second year of F1's new ground effect era, Vettel said he was assisting the British marque with "everything I have".

"I have no reason to hold back anything," he continued. "I'm not changing, I'm not going anywhere, so I say what I think. Nothing has changed compared to say last year."

Drivers leaving teams are typically frozen out of car development work in case they take information with them to new F1 homes.

Although Vettel, who was speaking at the recent US GP, said he was "not really" involved in direct talks with Aston's engineers about its 2023 design, he clarified this meant the team knows "the weaknesses of this year and obviously is trying to fix them for next year".

This means he "can answer yes and I could answer no" when it comes to addressing problems on the AMR22 that may only be cured with the new design coming for 2023. 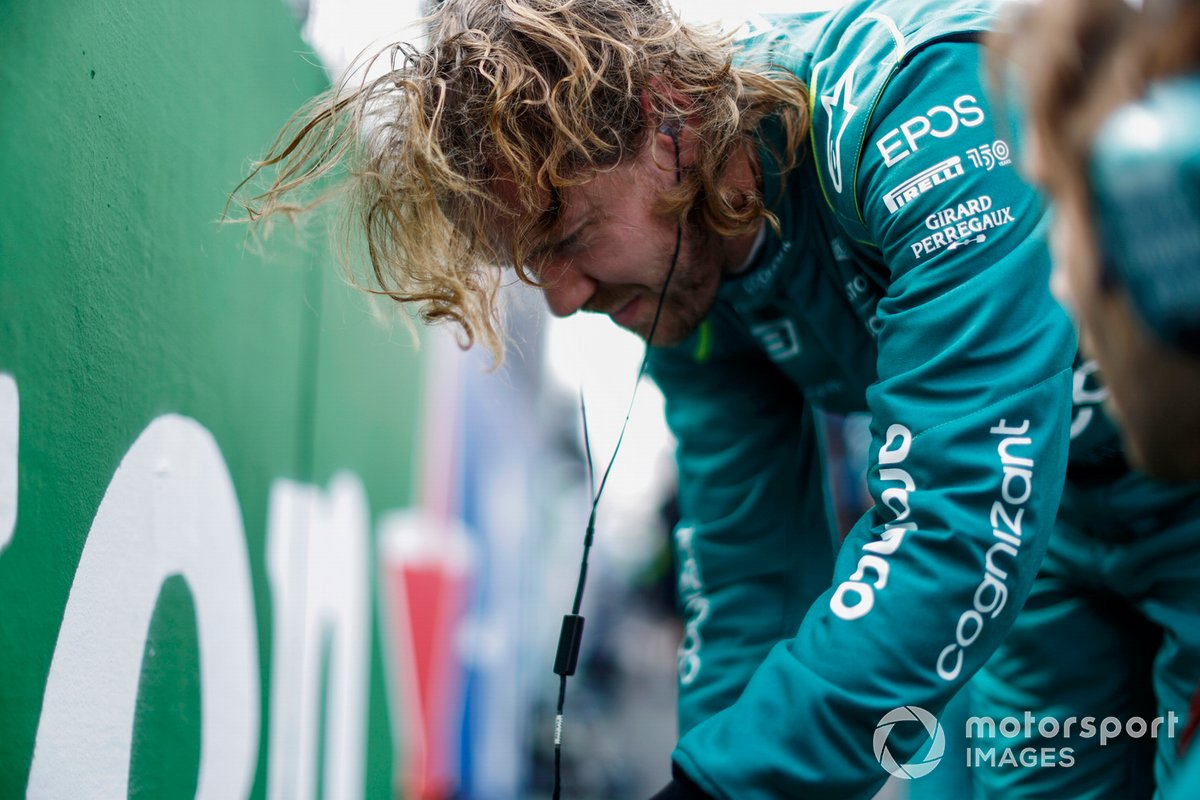 Although it was off the pace with its downforce deficit and added problems managing tyre life and brake temperatures last time out in Mexico, Vettel's races in Singapore, Japan and the USA were among the best he has produced all year.

Only a botched Austin pitstop dropped him from a potential podium battle and led to his thrilling last-lap fightback pass on Haas driver Kevin Magnussen.

In Mexico, Vettel was asked if such performances meant he might be reconsidering stopping – a suggestion the four-time world champion rebuffed.

"I thought about this decision long and hard and from a lot of angles," he explained. "I find it's a bit sad that we tend to swing so much now [regarding analysis of form].

"I see the benefits of having emotions running high and low rather than just being flat but I think the judging in general, it's a bit too quick.

"We create a hype and too quickly we create like a massive – I don't want to say disappointment and not because of my situation now, the last races versus maybe the mid part of the season – so it's more of a general thing.

"But yeah, I obviously enjoyed the last two races, last couple of races more than I did maybe some in the mid-part of the season, but they have no impact on the decision.

"And if anything it's a great reminder of why I love this sport so much, why I love racing so much.

"I had great races and I really enjoyed them but I also had races that I didn't enjoy so much and I was wishing after five laps to see the chequered flag and it didn't come out.

"So, you still have to find the motivation in that and hang in there. But yeah, I wish that sometimes it just wouldn't swing as high and as low."

Mercedes undecided on F1 reserve driver for 2023 amid Ricciardo links