Sebastian Vettel has been summoned to see the FIA stewards at the Formula 1 Austrian Grand Prix for an alleged breach of the sporting code for his "behaviour at the drivers' meeting".

The Aston Martin driver saw the stewards at 6pm local time at the Red Bull Ring on Saturday for an incident that happened during the drivers' briefing, which took place after qualifying on Friday evening at the track.

An FIA bulletin stated that Vettel was being summoned for an "alleged breach of Article 12.2.1 f) of the International Sporting Code and Article 20.1of the FIA Formula 1 Sporting Regulations – Behaviour at the Drivers' Meeting at 19:30."

Article 12.2.1 refers to a "breach of the Code, of the regulations of the FIA if appropriate, of the national rules, or of any Supplementary Regulations".

Vettel was handed a €25,000 suspended fine, which the four-time world champion will only be required to pay should he fail to attend a drivers’ briefing through the remainder of the year, or breach the ISC article that states: “Any words, deeds or writings that have caused moral injury or loss to the FIA, its bodies, its members or its executive officers, and more generally on the interest of motor sport and on the values defended by the FIA.”

Mercedes driver and GPDA director George Russell spoke of the need for greater consistency for the stewards when asked about Vettel’s summons after qualifying, saying there had “been a lot of borderline decisions or manoeuvres this season”.

“We don't want to be dishing out penalties left, right and centre but there needs to be an element of consistency somewhere,” Russell said.

“We need to look at the root cause of the issues. And with these track limit offences the issue is the circuit, you know, when we're never going to solve this issue, until you solve the circuit. And Turn 4 in Austria, you will never have that issue. But you compare that with Turn 1 here or Silverstone last week, you will always push.” 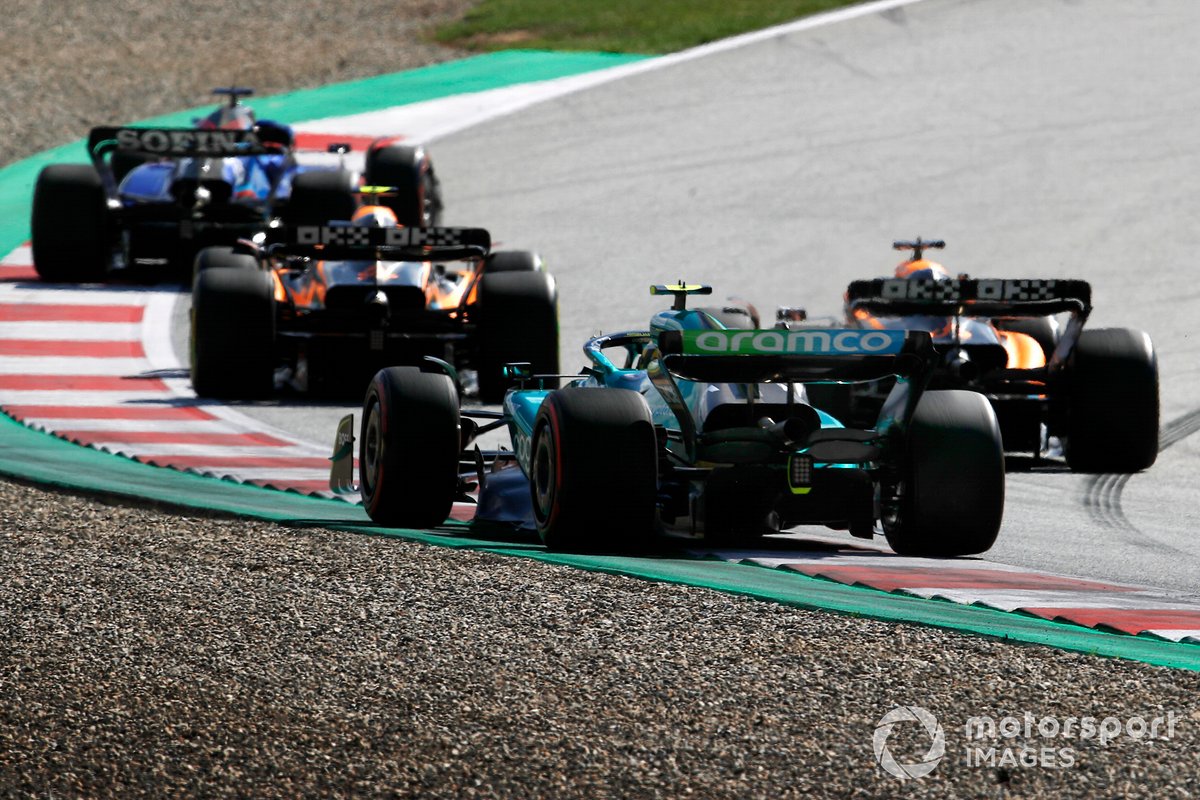 Asked by Autosport if the drivers felt listened to, Russell replied: “We do feel listened to but they can't just change the rules week in, week out when one driver pipes up and says I think this, I think that.

“They do need to stick to their guns. But it just needs to be enforced consistently, it needs to be clear to all of us. The penalties need to be a bit more consistent. And that will only come if there's consistency from the people policing the regulation.”

In further post-sprint summons news, six drivers have been called over a possible breach of the regulations surrounding messages given on the extra formation lap.

Mick Schumacher, Daniel Ricciardo, George Russell, Esteban Ocon, Sergio Perez and Lance Stroll are all set to meet with the stewards this evening over an "alleged breach of Article 33.1 of the FIA Formula One Sporting Regulations – Messages to drivers during the second formation lap at 16:33."