The Aston Martin driver, who has taken a growing interesting in environmental and political matters in recent years, says F1 needs to be realistic about the impact its rules are having.

While F1 sees the turbo hybrid formula and increasing use of sustainable fuels as critical to its push for a zero-carbon future, Vettel is more sceptical about the situation.

Having had to defend F1 from being labelled a ‘gas guzzling' series on a recent appearance on the BBC’s Question Time programme, Vettel is quite outspoken on the situation.

“The question is, what do these efficient and most efficient engines in the world help or contribute to everyday people commuting in and out to work, to wherever?” he said.

“What does this engine help or bring you, which benefit? That's very questionable. It's very complex.

“It's a fascinating technology. Don't get me wrong, as a fan and from an engineering point of view, it’s fascinating.

"But how much do you transfer to the road? Other than to stick a hybrid on the car, to the road car? Not much.

F1 is currently framing new engine regulations that will come in to force from 2026, and looks certain to keep the turbo hybrids but ditch the complex MGU-H. 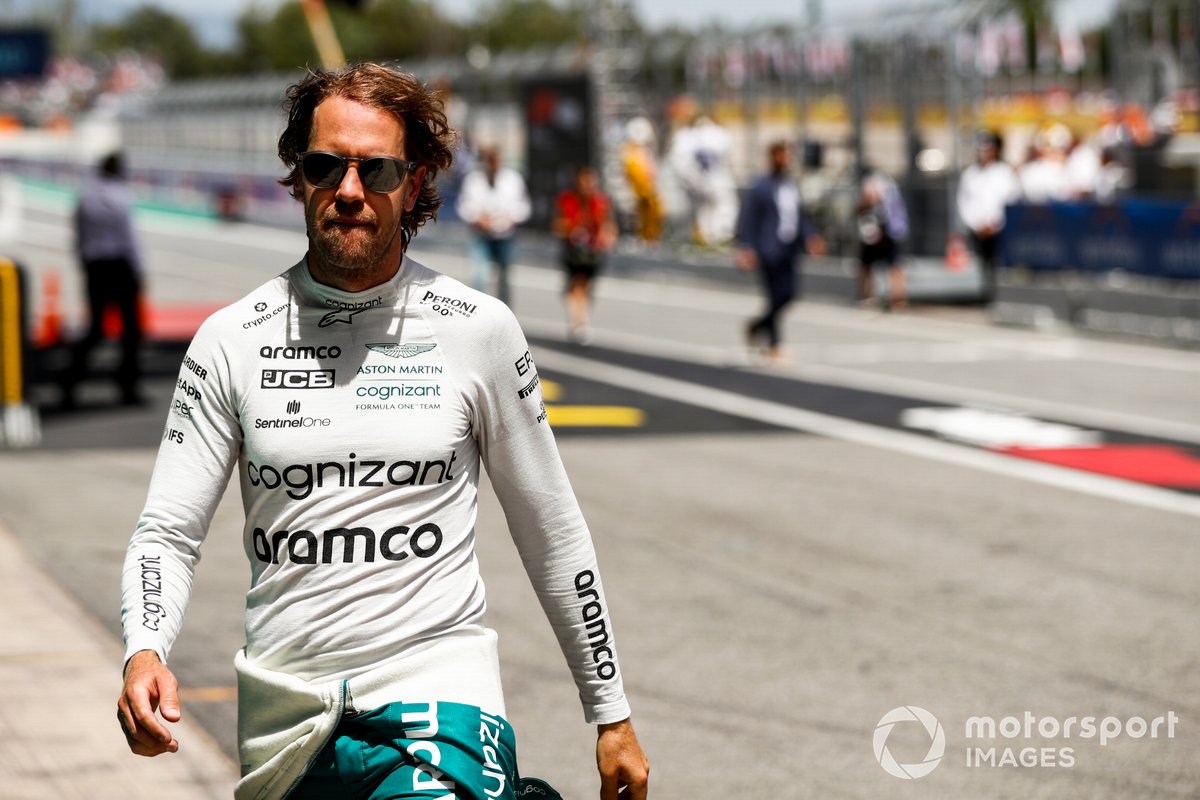 Vettel suggests that F1 needs to think carefully about if it is doing as much as is needed to address environmental concerns.

“Obviously F1 is stuck with this engine for a while and the question that you that you have to raise is: is it enough?” he explained.

“Are we doing enough? And considering you know how deep we are in the poo, sorry to say like this, but you know, where the world is going and you look at the climate crisis or breakdown, the answer is we're not doing enough.

“And especially in, how did they put it, a gas-guzzling sport, which is true, I think we are at the spotlight, and we have to do more than just do what we do. I think we can't do enough. That's the answer.”