Sebastian Vettel was left mystified by a lack of pace after another disappointing qualifying session for the Aston Martin Formula 1 team at the British Grand Prix.

Vettel could manage only 18th place in the wet Q1 session, while his team-mate Lance Stroll was 20th and last.

The frustrating outcome for the locally-based outfit came a fortnight after Vettel and Stroll qualified 17th and 18th in Montreal.

However, while on that occasion it was clear that the team had tyre temperature issues after a miscalculation on pressures, that wasn’t the case at Silverstone.

Instead the problem was a simple lack of pace in the wet after a limited amount of time on track with the latest update package.

“We just didn't seem to be quick enough,” said Vettel.

“We lost a lot of time. And I guess everywhere around the lap, I mean, balance-wise, I had a lot understeer in the car, and was waiting for the car to rotate.

“But I don't think that's the main issue. For some reason, we weren't able to generate the grip that we should have had, I guess.

“And then you don't rotate the car, and then your outlook on traction isn't great. So everything sort of happens delayed. And one thing adds to another, so not great." 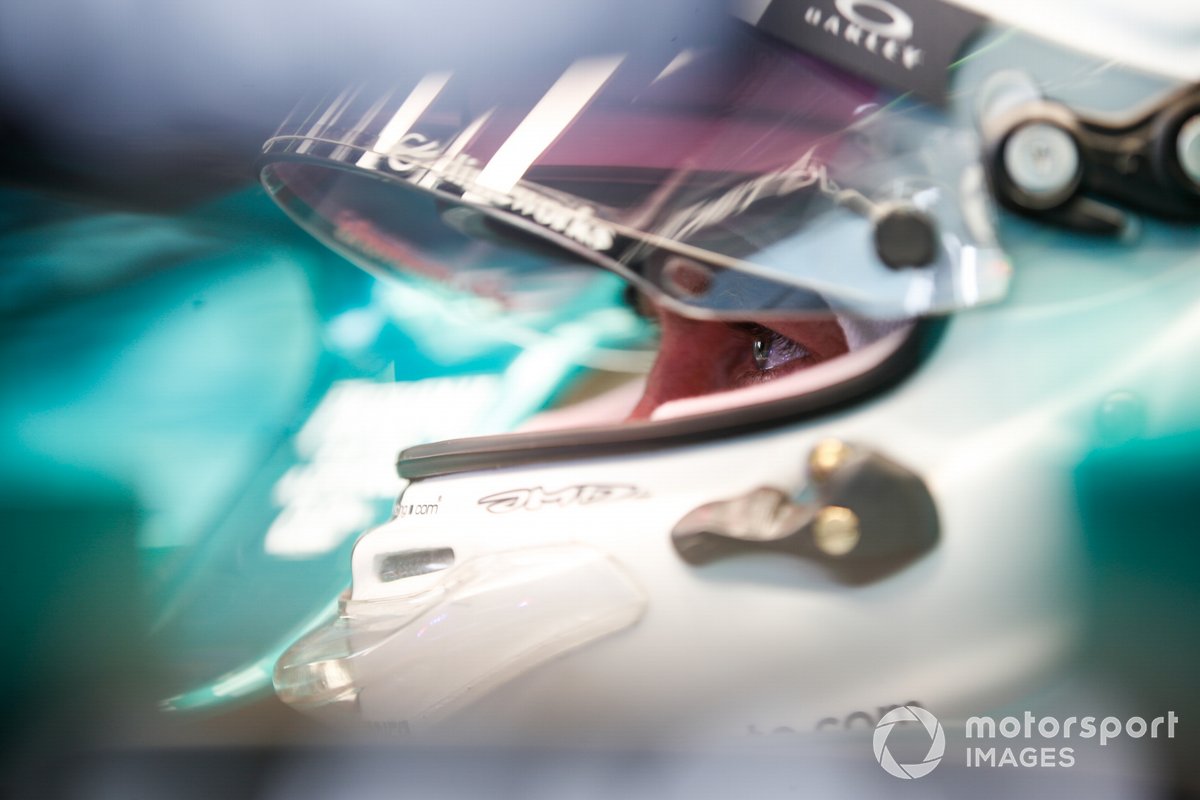 Vettel, who began Q1 with an extra pit stop to change his helmet after suffering a visor issue, said it was hard to make a judgement on the upgrade package.

"I think it's hard to say because this morning I think the car felt okay in terms of balance," he explained.

"But I think Silverstone is a very honest track in terms of where you are, and we will see on Sunday how the pace is in the race.

“I don't think we can yet judge the updates, but for sure, it hasn't been a bolt-on and massive step straightaway. So still some stuff that we need to understand."

Regarding the race, he added: "We have to be realistic. We just didn't seem to be very competitive this weekend.

So it will be difficult to score points, but it has to be the target. So we'll see. Maybe the safety car works in our favour this time. I don't know."

Meanwhile, Stroll acknowledged that tyre pressures were not the team’s issue in qualifying: "I think it was different,” said the Canadian.

“We have to look at why we were so slow though. I'm not entirely sure of the reason why we're so slow.”