Sebastian Vettel feels he is lacking "100 laps" of mileage at the wheel of his Aston Martin Formula 1 car after the conclusion of the pre-season test in Bahrain.

The four-time champion wrapped up his programme with his new team on Sunday, managing 56 laps on his way to the second slowest time of the day.

After three days of track action, Vettel was the racing driver with the smallest amount of laps completed - 117 - only ahead of Williams' test driver Roy Nissany with 83.

Asked how far behind the planned scheduled he was, the German said: "One hundred laps! Obviously I would have liked to just get more mileage. That's the main thing.

"So today was very busy and I tried to make use of the track time which I felt I did and it was very good for me and I learned a lot of things, so now it's obviously to remember all these things and give feedback and remember going forward.

"As I said, overall it is probably 100 laps that I'm short, then probably something similar for Lance [Stroll]. We both obviously didn't get what we wanted. But it's not a big deal, it's what it is and we've got to move on." 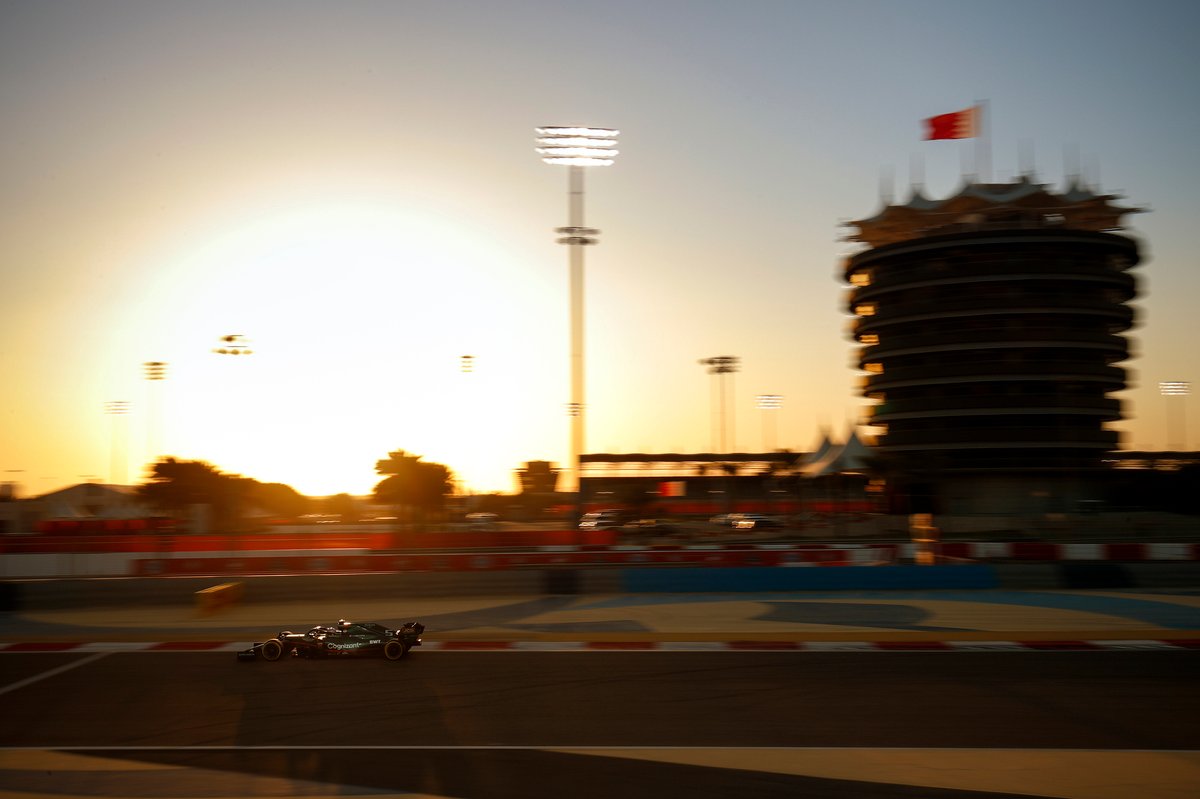 Vettel's Aston Martin team was also second from the bottom in mileage completed during the test, only ahead of Mercedes.

Vettel said that understanding the car through more mileage was more important than trying to find the limits with a fast lap, having finished six seconds off the pace on the final day of running.

"More important than one lap is to really understand the car and for that. I think just doing more and more laps help,” he said. “So then doing a push lap is just putting the things together, or the lessons that you learn or acquire, so I'm not worried about that.

"It's obviously a box that we haven't ticked. I'm sure that come the race weekend and qualifying we'll see and the first race is the first race and if it happens the way it's planned, then there's another 22 to come after that so there's plenty of time and it will be a busy year so we try to obviously start off well.

"We had a mixed test with some hiccups."

The German driver said it was impossible to judge where Aston Martin stands at the moment, but conceded he still has a "steep learning curve" ahead.

"Where are we? I think it's very difficult to say in terms of competitiveness. We haven't done many runs that probably equal other people's runs to give us a bit of a comparison," he explained.

"But I don't think that's too important, because we'll find out in two weeks anyway, so everything from now onwards is nice for you, two weeks of speculation.

"We have to learn obviously a great deal about the car still when it comes to set up and so on, but I think everybody's in the same position. With three days of running, it's impossible to get everything in.

"So, yeah, I think for us the first couple of races will be especially for me a steep learning curve, but we take it from there."