The German took 15th place in the season opener in Bahrain and was also classified in the same position at Imola after a late retirement, and finished 13th in the Portuguese and Spanish Grands Prix.

For Barcelona Vettel had the new floor that his Aston team-mate Lance Stroll had already tried in Portimao, and despite the disappointing result he insisted that he was happier with the car.

“Well, more comfortable, but I’m lacking really a bit of pace to fight for points," he said when asked by Autosport about his feeling driving the Aston Martin.

"I think [in the Spanish GP], with hindsight, maybe here and there we could have done something different, but I need to have a look.

"Overall, it’s probably a fair estimate of where we stand at the moment.”

Vettel noted that his race wasn’t helped by getting caught behind Kimi Raikkonen’s Alfa Romeo.

“A couple of tenths and a couple of starting positions can make a difference,” he said.

“So today, unfortunately, there wasn't really a gap or a window for us. I need to have a look.

“Obviously we lost a bit of time in the first pitstop, and we were early for the second round, I was stuck behind the Alfa and then burned the tyres. So that was pretty much our race." 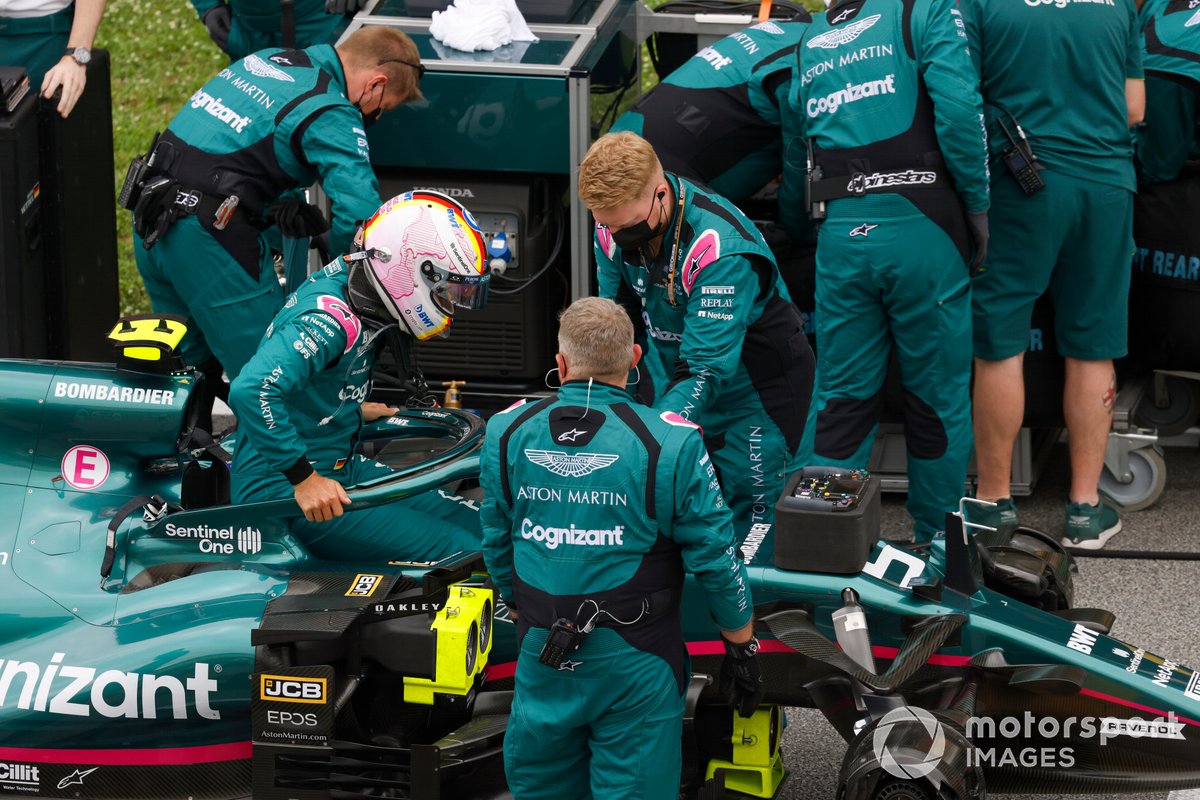 Mechanics on the grid with Sebastian Vettel, Aston Martin AMR21

Vettel admitted that it is currently extremely tight in the middle of the pack.

“Well, I think everybody is trying to make progress, so it’s difficult to make a lot more progress than the others,” he said.

“I was a bit surprised today with the Alpine, they weren’t very quick in the race. I expected them to be faster, because they were so much faster yesterday.

“But I think we see it’s very close. Equally the AlphaTauris were a lot faster in the race than they were yesterday.

"Every weekend is a bit different. And if it's so tight, maybe if you’ll feel a bit more comfortable, maybe the car suits better to the track, you find an extra one or two tenths.”

Regarding Aston’s potential form in Monaco, where Vettel won in 2011 and 2017, he said: “We’ll see. Obviously to the very front runners, we’re missing downforce, so it will be difficult.

"But Monaco is always different, so hopefully we can make a difference.”