Sebastian Vettel says Ferrari is clearly damaging its tyres more than its Formula 1 rivals in Japan, on a weekend where it is already locked in to an ultra-aggressive strategy

Ferrari headed into the Suzuka weekend having picked a maximum 10 sets of supersoft tyres for Sebastian Vettel and Kimi Raikkonen, who now have just one set of new softs and one set of new mediums for the rest of the weekend.

Its situation appears far from ideal, however, with both Vettel and Raikkonen suffering blisters during their long runs on Friday afternoon.

Vettel ended up 0.833 seconds adrift of FP2 pacesetter Lewis Hamilton, and admitted that the tyre life was not perfect.

"Today I think we were probably both of us sliding a bit too much, and therefore damaging the tyres a bit more than others," admitted Vettel.

"But I think overall, it has been OK.

"It has been a clean Friday. No interruptions, no issue with the car or anything, so I think we could focus on our work and now we try to obviously squeeze out everything that is left in the car for tomorrow."

Although Vettel felt there was some scope for an uplift in pace, he did not make any bold predictions about being able to beat Mercedes.

"We know what we were doing, I don't think we tried something different to other Fridays," he added. "I think we know what the car can do. 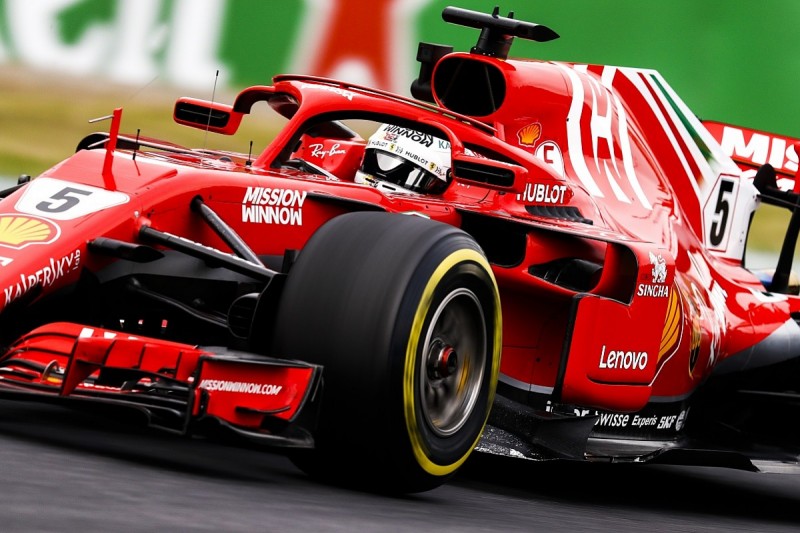 "We need to focus on that and try to get everything out to put us in the best possible position.

"If we can grasp pole tomorrow that is great. If not we need to be there just right behind and then see what happens."

Vettel insisted, however, that Ferrari would not try to do anything stupid out of desperation to beat Mercedes.

Asked about options to be aggressive, he said: "You can always do something. The question is whether it works.

"Obviously you don't want to commit suicide. If we attack we still try to be reasonable. It is a long race."