Sebastian Vettel says he is feeling "empty" after an emotionally charged Abu Dhabi Grand Prix weekend in which the paddock celebrated his retirement from Formula 1.

The four-time world champion bowed out after a stellar 15-year career by scoring a point for Aston Martin, though he and team-mate Lance Stroll couldn't prevent Alfa Romeo from beating the team to sixth in the constructors' championship on countback.

After joining the podium finishers in performing doughnuts on the grid and receiving a rapturous applause from fans in the main grandstand, Vettel said he was feeling "empty" after an emotionally exhausting weekend.

PLUS: Where Vettel stands in the list of greatest F1 drivers

"I feel a bit empty, to be honest, it's been a big weekend," Vettel told interviewer Jenson Button.

"It was a bit of a different warm-up today to get into the race, but once the lights go off it's full-on race mode.

"Obviously, we didn't go for maybe the best strategy, so it was a shame because I think we could have turned the constructors' championship around for us.

"But overall, obviously a big day and a big thank you to all the support so many flags, so many smiling faces which has been very, very special.

"And yeah, I'm sure I'm going to miss more than I understand right now."

Vettel said the past two years fighting in the midfield with Aston Martin had given him a different perspective, using his platform to raise awareness for various social and environmental issues - a legacy which he hopes his colleagues will continue. 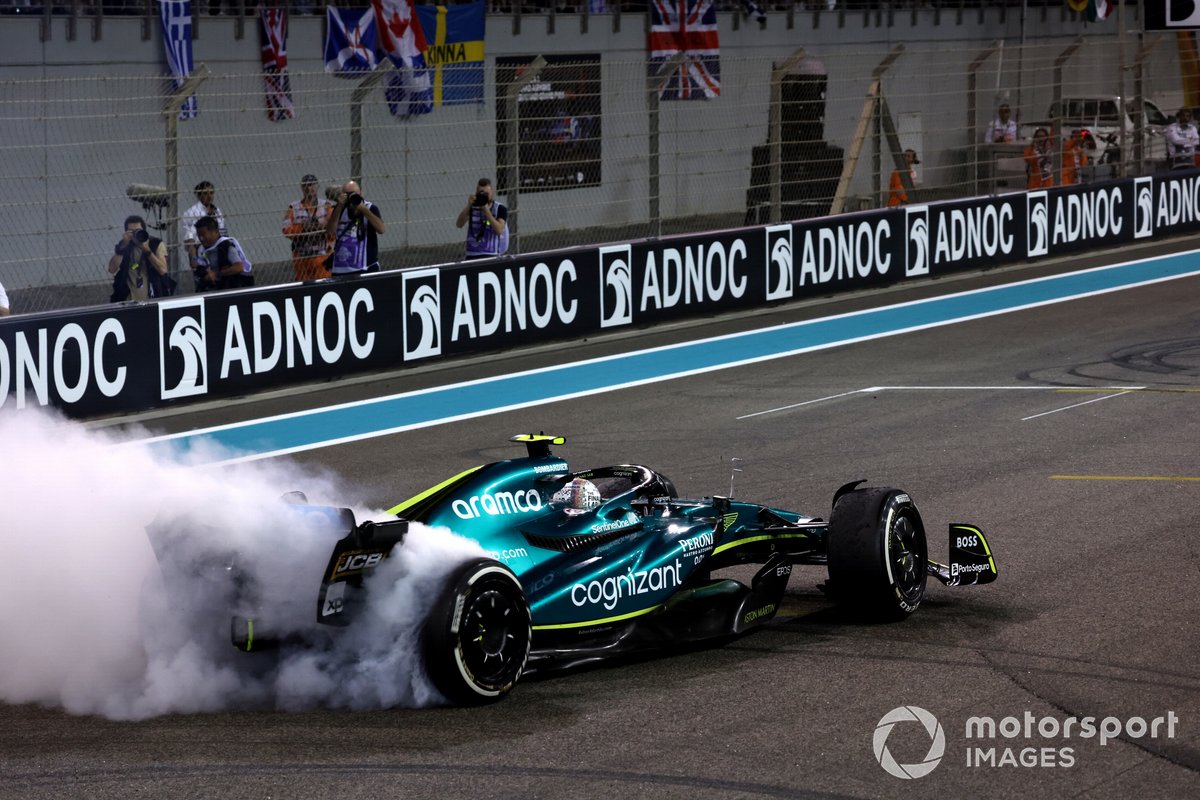 Sebastian Vettel, Aston Martin AMR22, performs donuts on the grid at the end of the race

"I think the last two years have been maybe disappointing from a sporting point of view, but very, very useful and important to me in my life," he explained.

"A lot of things happened, a lot of things that I realised. I think it's a huge privilege being in the position that we are in and with that comes some responsibility, so I hope to pass on a little bit to the other drivers to carry on some of the good work.

"It's great to see that we have the power to inspire you with what we do and what we say. I think there are far bigger, and far more important things than racing in circles.

"But obviously, it's what we love and through that if we can transfer some of the really important values, that's big. And I think for that the last two years have been great for me.

"I will miss that, but it's been an absolute joy throughout my career, so thank you."