Both Ferrari drivers were forced to retire early on at the Red Bull Ring after Leclerc ran into the side of Vettel's car on the opening lap, leaving both with damage.

It marked the second time in four races a clash between Vettel and Leclerc had caused a double retirement for Ferrari following their collision in Brazil last year.

Leclerc was quick to accept responsibility for the collision, but Ferrari team principal Mattia Binotto said it was "not the time" to place blame.

Asked about his talks with Leclerc in the aftermath of the incident, Vettel was confident they would be able to move on from the clash and learn from it.

"It's fine, I think we're both mature enough. We move on," Vettel said.

"Obviously it's a bad weekend for both of us. It's been tough anyway, and now to retire both cars obviously is bitter. 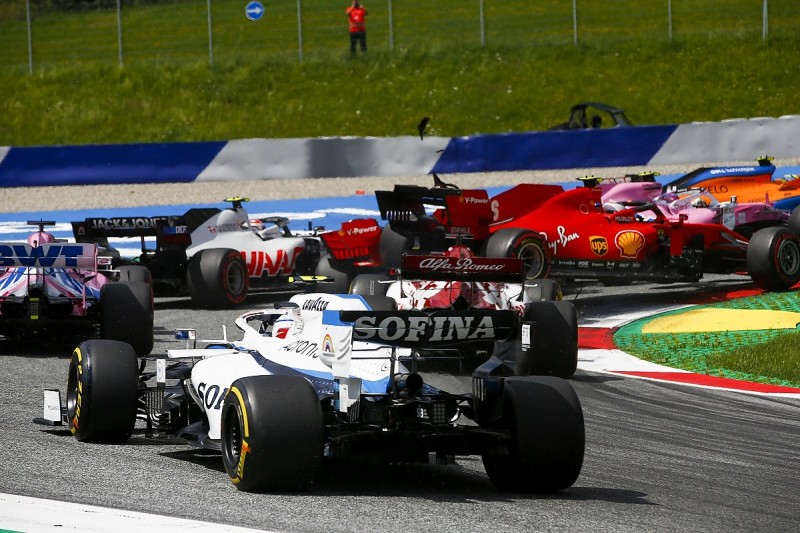 "It was difficult after last weekend. The mindset is I'm always optimistic.

"The good news is that we have the race straightaway next week, so I don't have to wait too long to get back in the car. Let's see, I hope that Hungary is a better place for us."

The clash denied Ferrari the chance to see how the fast-tracked updates for the SF1000 car worked across a race distance following a disappointing start to the season.

The team lies fifth in the constructors' championship after two races, with less than one-quarter of Mercedes' points haul.

Team chief Binotto called it "the worst possible end to a weekend that was already very disappointing".

"It's very bitter for both of us, no matter which way you turn it. Surely it was no-one's intention, and it's a tough day for us as a team.

"But we need to make sure that we don't knock ourselves down too much so that standing up is not so difficult."