Sebastian Vettel says his old Formula 1 rival Fernando Alonso “was a bit aggressive” in their fight for sixth place at the final chicane in Suzuka.

Alonso was catching Vettel after a late pitstop for a fresh set of inters gave him a significant pace advantage over rivals, allowing him to regain the places he had lost with the stop.

Vettel was the next in line and on the final lap Alonso dived down the inside into the right-handed first part of the chicane. As he bounced off the kerb Vettel held his ground on the outside and held the advantage into the second left-hand turn.

The pair then accelerated down the hill to the finish line side-by-side, with Vettel ultimately staying in front by 0.011s.

Co-incidentally they had been involved in an incident at the start, with a touch from Alonso sending Vettel into a spin.

With little to lose having dropped to the back for the restart after the red flag Vettel took a gamble and pitted to change from wets to inters at the first opportunity. It paid off, jumping him up the field.

“It was very, very close,” Vettel said of the Alonso fight when asked by Autosport. “He was a bit aggressive, I would say.

“There was a bit of a confusion because I lost radio and I looked at the pit board, and I think race direction changed their mind of how long the race is going to go, and I didn't know. I think we got away with it.”

Regarding the first-lap incident he said: “We did touch. I went to the left because he had a poor start, and I had a good start.

“Then I got a lot of wheel slip and some aquaplaning and sort of lost the car, and then touched, and lost the car entirely. But then we had a great recovery in the end.” 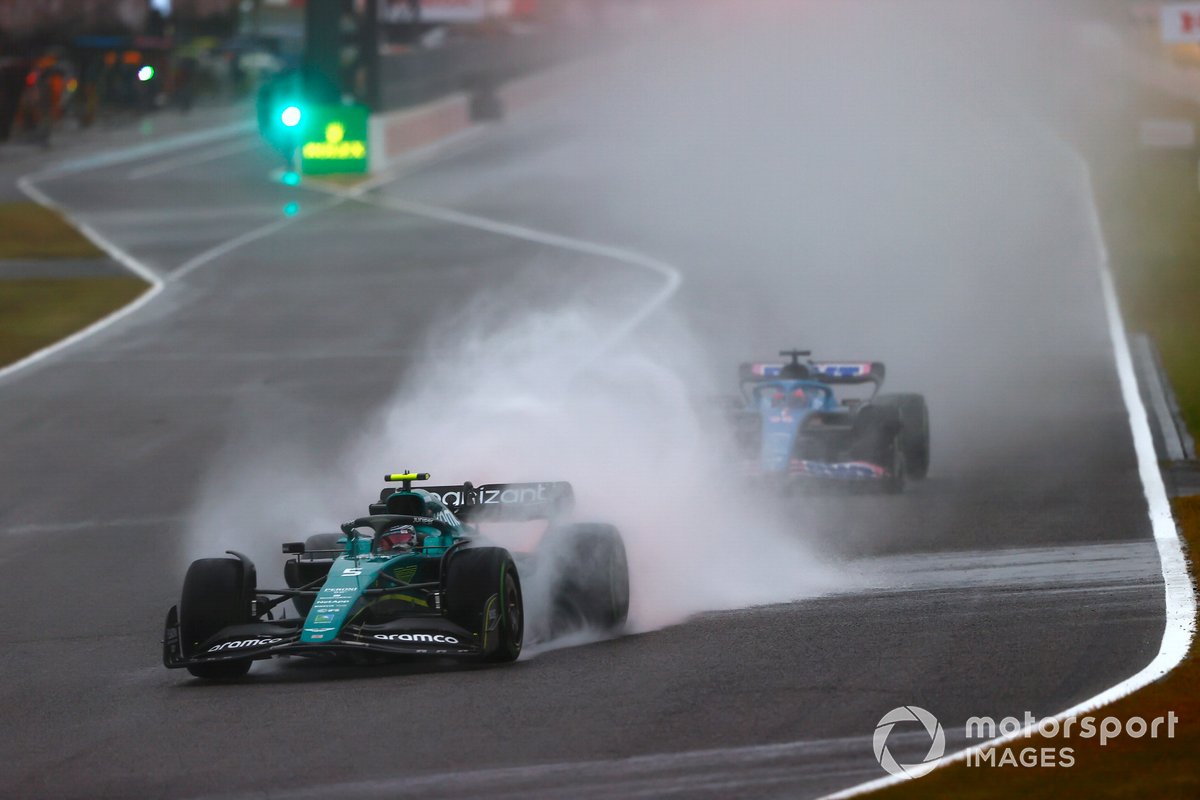 Vettel said the possibility of an early switch to inters at the restart had been discussed before the resumption.

“Yeah, we spoke about it before. The team worked something out. And I made the call judging the conditions, but it worked really well.”

Having finished seventh in Singapore the previous weekend Vettel also said he’d really enjoyed getting another solid result in his last Japanese GP.

“Yeah, we dragged the car up to where probably doesn't belong. Even splitting the Alpines, which are a lot faster than us. We managed to hang in there, so I really enjoyed the weekend. And I love everything about this place.”

Asked if it was good to get strong results in the final races of his career and counter any suggestions that he's easing off, he said: “In the big picture, it doesn't matter. It only matters to me.

“I obviously live for results for winning, and I have all my life. It will be a change, but I'm happy that I had a great run around here in particular.”

10 things we learned at the 2022 Japanese Grand Prix