Sebastian Vettel accepts his primary focus is to drive Ferrari's Formula 1 car but he still wants to help behind the scenes, despite team boss Maurizio Arrivabene's request

Last month, Arrivabene said Vettel had to earn his place at the team beyond next season and urged him to focus purely on his own role.

"Sebastian just needs to focus on the car," said Arrivabene.

"He is a person who gives so much and sometimes this means he is interested in a bit of everything.

"So sometimes you have to re-focus him, remind him to be focused on the main job."

"I have a bit more experience now, so it's a completely different situation.

"When you grow up, you build a certain experience and you're able to see the bigger picture.

"It changes also your mind and your perspective of things - if I can see I can help somewhere.

"In the end I'm here to drive the car but also here to help."

Ferrari has disappointed this season, falling behind Red Bull in the constructors' championship rather than providing a sterner challenge to pacesetter Mercedes. 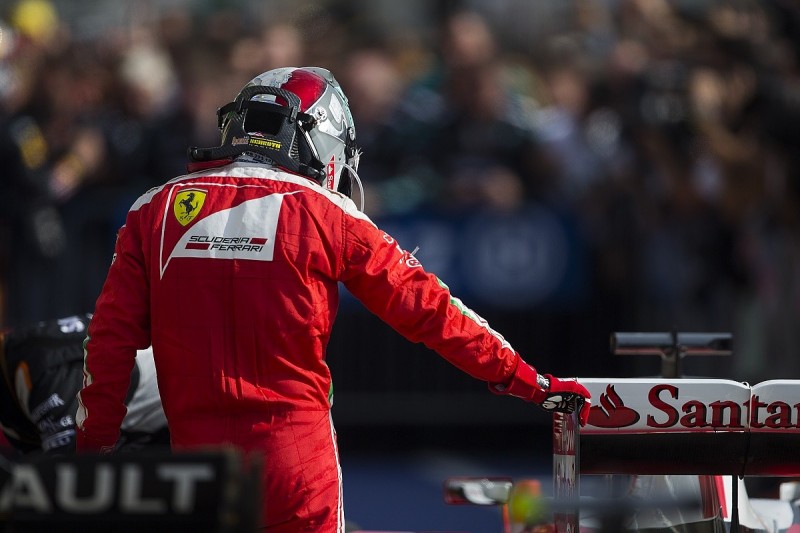 That has led some to criticise Arrivabene, while F1 boss Bernie Ecclestone suggested the Italian needed more support with the day-to-day running, but Vettel defended his team boss.

"The way I see it, he has a lot of responsibilities and he is pushing very hard and working a lot, so you can't take that away from him," said Vettel.

"But there are a lot of other people in the team so he is not all by himself.

"Everybody is trying to help as much as he or she can.

"Co-ordinating 1300 people is not very easy, but the people we have in charge - in particular Maurizio - are doing a very good job.

"Things are coming along and look promising for the future.

"Once you put something strong in place... and I've been part of that process before with Red Bull where it takes time. The day they started to be taken seriously was back in 2005, the day they won races was 2009, so it took some time for them.

"It also took time for Mercedes, it always takes time if you try to raise the bar again and to come back to the front, because it does take time for people to really work hand in hand and for things to come together.

"Once they do then it usually clicks, it works, and that's when results come together as well."