Verstappen started eighth after being obliged to abort his final qualifying lap, and then dropped to 12th after anti-stall kicked in at the start.

He was making progress through the pack, but after a safety car restart he locked up and went off while trying to pass Lando Norris, which forced him to make an extra stop to change his flat-spotted tyres. After that he charged through the field from the back of the pack to eventually finish seventh, passing Sebastian Vettel on the final lap.

In recent seasons Verstappen has rarely been in situations where he’s had to pass slower cars, and he insisted that it was not an enjoyable experience.

“Zero,” he said when asked if he took any pleasure from it. “This is not what I enjoy. [I want to] win or at least be competitively fighting at the front.

“This is just frustrating, being stuck behind cars, having a problem at the start, then having a big lock-up, being again at the back.”

Verstappen said his disappointment was not tempered by the fact that he still has plenty of time to win the F1 world championship.

“That is normally not the problem. We're still, I think, 104 in the lead, but it's just a very frustrating weekend. I could say it doesn't matter.

“We have five races left, and we have a big lead. But I want to have a good weekend every single time. And this has just been a really terrible weekend, which started yesterday with the big fuck up in qualifying.” 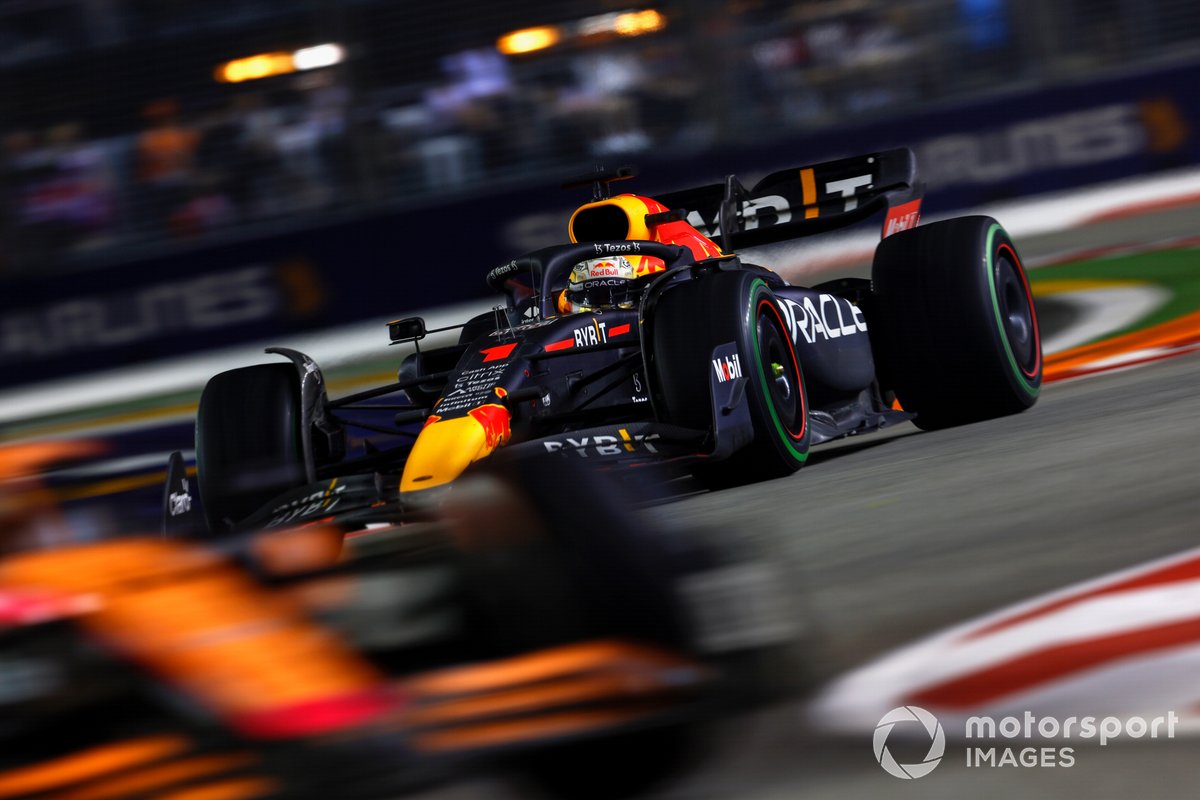 He admitted that little went right for him over the course of his eventful race: “It already happened at the start with the anti-stall, so I lost even more spots. I have no clue why or how. I felt like I just did my normal procedure.

“You put yourself in an even more difficult position to have a good result. But I got pass a few cars, but then again I got stuck, just impossible to pass around here.

“And once I was in a decent position, I tried to go for a move on Lando. But somehow I completely bottomed out as soon as I hit the brake, so my front wheels came up in the air, and I massively locked up and had a massive flat spot.

“I was struggling already a little bit on the normal racing line with bottoming under braking. I didn't even brake that late.

“Of course, your tyre pressures maybe are little bit low. But yeah, I hit the brakes, and it is a bit more bumpy off line, bottomed out massively, and the front wheels literally came up. And that's why I locked both wheels.

“So I had to box again. Put new tyres on and got back into the points. It's not what we what we wanted. But after yesterday, you can also not ask for miracles.”