Verstappen would ‘absolutely’ use #1 if he wins F1 world title

Max Verstappen says he would “absolutely” take the opportunity to use #1 on his car if he were to win a Formula 1 world championship.

Verstappen heads into this weekend’s Sao Paulo Grand Prix leading Lewis Hamilton by 19 points in the drivers’ championship with four races remaining in the season.

The Red Bull driver has scored back-to-back wins in the United States and Mexico to grow his lead, and has a chance to add to his haul in the sprint race on Saturday that offers three points to the winner.

Since the introduction of permanent numbers to F1 in 2014, #1 has been reserved for the use of the world champion should they wish to do so.

2014 was the last year that #1 was used following Sebastian Vettel’s title win in 2013. Hamilton has always opted to retain his #44, while the only other world champion since then, Nico Rosberg, retired upon winning the title.

Verstappen has become famous for using #33 through his F1 career to date, but confirmed on Thursday ahead of the Sao Paulo Grand Prix that he would be interested in switching to #1 if he won a world title.

“Absolutely,” Verstappen said when asked if he would ever be prepared to make the swap.

“How many times do you have the opportunity to drive with number one?” 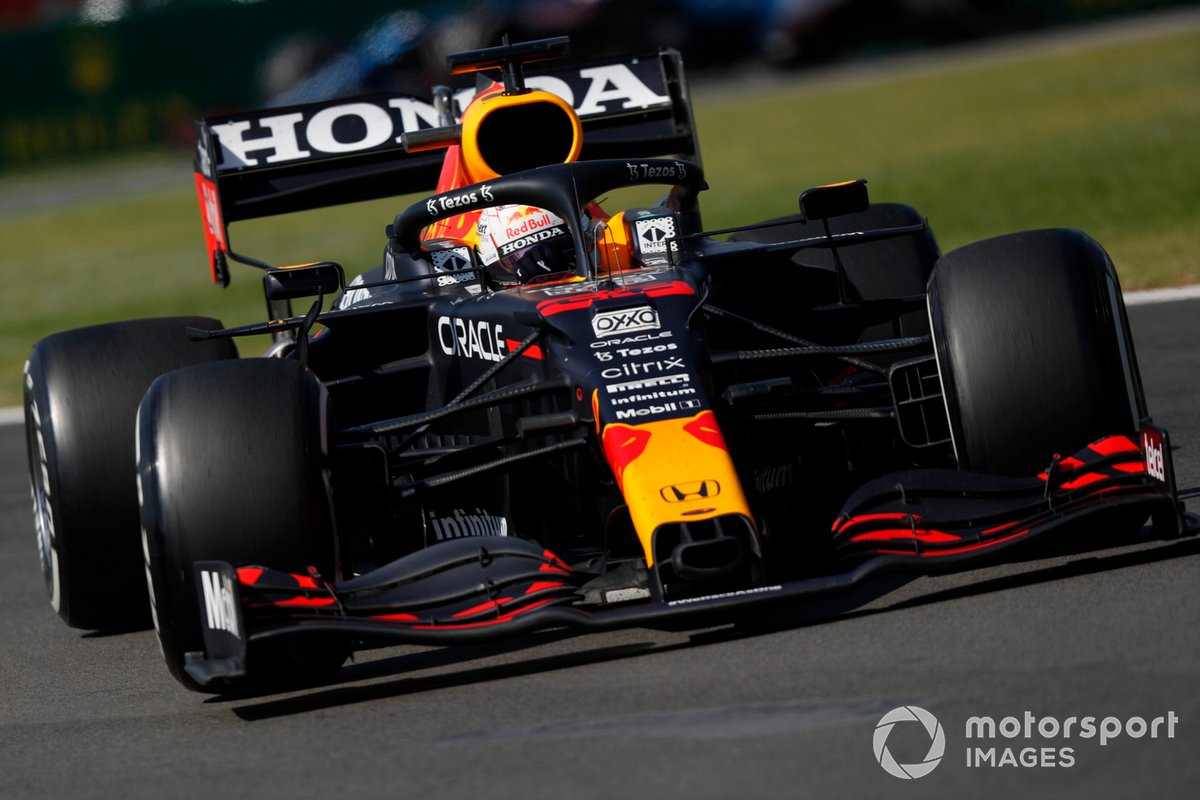 Verstappen then joked: “And it’s good for merchandise as well! So it’s smart to do that!”

The tradition of reserving #1 for the reigning champion exists in a number of racing categories, but very few opt to stray from their permanent number due to the strong association most have with their brand image.

The only time Hamilton did add #1 to his car since the introduction of permanent numbers was during opening practice for the 2018 Abu Dhabi Grand Prix, when he had already sealed the world title for Mercedes.

Hamilton said afterwards that he did not like using it “at all” but "thought it would just be cool” to try out.

In MotoGP, newly-crowned world champion Fabio Quartararo recently said he would retain his #20 for next season, following a trend set by peers Joan Mir and Marc Marquez.

Penske IndyCar drivers Josef Newgarden, Will Power and Simon Pagenaud have all opted to use #1 following their title wins in the past decade, but six-time champion Scott Dixon has retained #9 for Chip Ganassi Racing to defend his title bar one season in 2004.