The Red Bull driver looks on course for his second world title after dominating much of this season, and his first opportunity to wrap it up comes at the Marina Bay circuit.

But with the title triumph out of his hands, as he needs remaining contenders Sergio Perez and Charles Leclerc also not to score well, he is not expecting to clinch the crown this time out.

“I need to win, and Checo needs to finish fourth or lower and Charles eighth or lower,” he said on Thursday.

“It's a bit unrealistic for it to happen. So I don't really think about it.

“It's quite a long shot. And I just want to enjoy the weekend. And of course, try to win it.”

Although there has been much anticipation about Verstappen’s title opportunity this weekend, the Dutchman says he would actually prefer to win it in Japan next weekend.

As F1 returns to eastern Asia for the first time since the coronavirus pandemic, a triumph on Honda’s home ground would mean a lot more.

“I think Japan is nicer,” he said. “I'm really excited to go back there. It's been a while. It's an amazing track. And for me anyway, it has quite special memories. 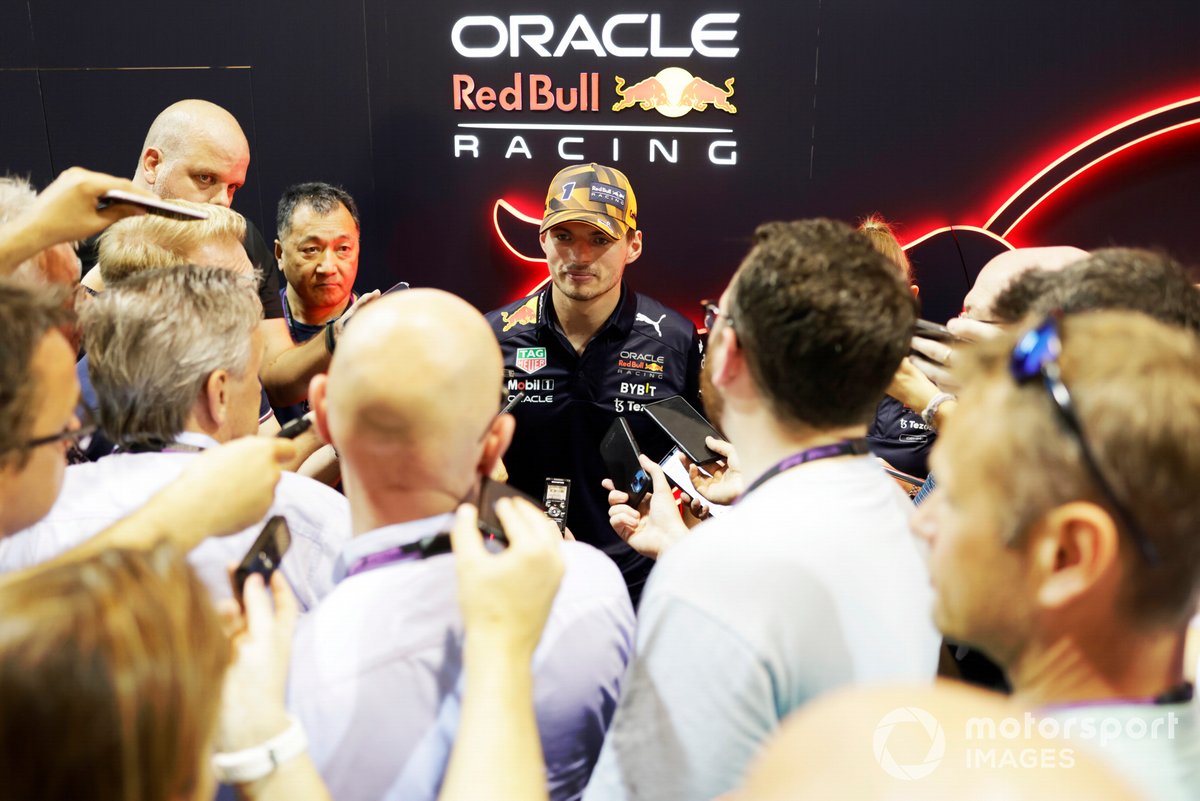 “The first time I drove an F1 car was there in FP1, and I will always remember that. And besides that, yes, it is kind of a home GP with Honda.

“And also, I think [it will be] my first proper opportunity to win the title. So yeah, of course, I'm looking forward to Singapore right now. But I'm also very excited for next weekend.”

While an early end to the championship battle will be welcome for Verstappen in ensuring a less stressful end to the campaign, he admits to a part of him wishing that Ferrari had made more of a fight of it this year.

Charles Leclerc had started the year in strong fashion, winning two of the first three races, and initially enjoying a 34-points advantage in the standings after the Australian Grand Prix.

However a combination of poor reliability, strategy errors and driving mistakes derailed his and Ferrari's campaign and opened the door for Verstappen to pull well clear in the standings.

Asked if part of him wished that Ferrari had not dropped the ball, Verstappen said: “I mean, [there are] two sides. Yes, in one way, I would have liked them to still be in the fight.

“But from my side of course it's also nice to win it in a more calm way. But I think what is good to see already is that they are very competitive this year compared to the last few years, and I think that's what F1 needed.”