Max Verstappen says he suffered too much tyre degradation to be able to fight Charles Leclerc for victory in Formula 1’s Austrian Grand Prix.

The Red Bull driver had led away early on from pole position, but soon came under attack from the pursuing Leclerc.

After losing the lead to his Ferrari rival on lap 12, Verstappen pitted a lap later for a switch to the hard compound as he felt there was little point to push on with his car not comfortable on the mediums.

But as Ferrari were able to comfortably extend their stint, Verstappen always found himself on the back foot and looked set to finish third before Ferrari’s Carlos Sainz dropped out with an engine failure.

Welcoming the fact that he managed to salvage second on a day when Ferrari had a pace advantage, Verstappen said tyres played a critical role in the outcome.

“It was a tricky day,” said Verstappen. “Immediately it seemed like we were struggling quite a bit with the tyres, and basically that continued on every single compound.

“Too much degradation to really attack Charles especially. But nevertheless still second place is a good result for us on a difficult day.”

Verstappen eventually finished ahead of Mercedes’ Lewis Hamilton, who recovered from starting eighth on the grid to finish third. 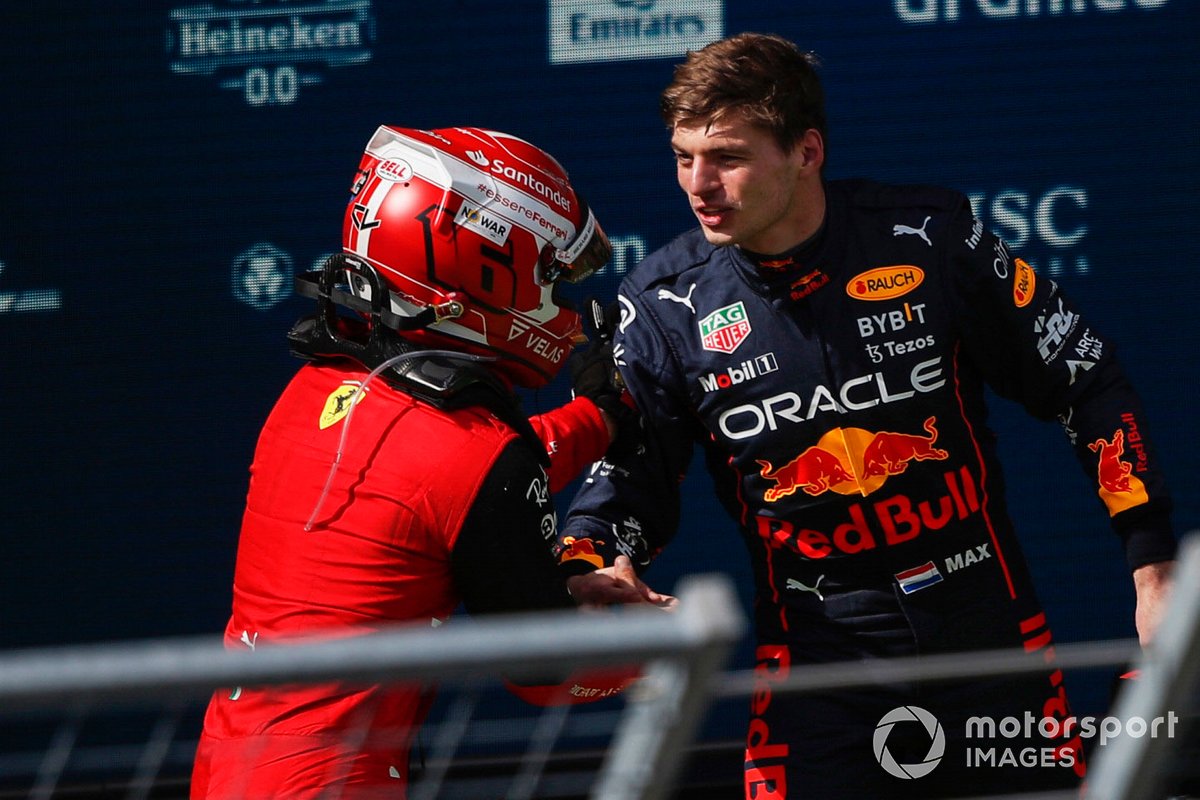 Having undergone a pretty difficult weekend following his crash in qualifying, the Mercedes driver confessed that he had not been expecting another top-three finish.

“I definitely wasn't expecting that,” he said. “But of course, yesterday was a bit of a difficult day. It's been a bit of a rough weekend. But I'm really grateful. As a team, we got a third and fourth. That's great points. And we move forward from here.”

With Mercedes increasingly confident about the pace of his car, Hamilton sent a message of thanks to his crew who worked hard on Saturday morning to prepare him an all-new chassis.

“I do really want to say a big thank you to the guys, the men and women in the garage who worked so hard to rebuild the car,” he explained.

“I had a brand new car on Saturday morning. Unfortunately, it's something I don't do too often, but so thankful to them for working so hard.

“We've made some improvements this weekend, so we just have to keep chipping away at it.”