Max Verstappen knows the Formula 1 title fight against Lewis Hamilton and Mercedes is “not going to be easy” despite regaining the championship lead in Turkey.

Verstappen moved six points clear of Hamilton at the top of the drivers’ standings after finishing second in a damp Turkish Grand Prix at Istanbul Park on Sunday.

Hamilton entered the weekend with a two-point advantage, but was forced to start 11th on the grid after an engine penalty. He recovered to finish the race fifth, albeit after Mercedes opted to risk keeping him out longer on his first set of intermediates to try and finish even higher, leading to some frustration over the radio.

Verstappen failed to put up any real challenge to race winner Valtteri Bottas, who scored his first win of the year for Mercedes with an advantage of 14.5 seconds at the chequered flag.

Verstappen felt that Mercedes was “definitely quicker this weekend” and that Red Bull “didn’t get it together”, proving that even after regaining the championship lead he would face a tough challenge to win the title.

“In the wet, they seem to have a bit of the edge as well,” Verstappen said.

“We’ll have to analyse of course why we were not competitive here, and I do think they probably stepped it up a bit more.

“Even with the points lead, it’s not going to be easy.

“I think I said it before we even started the weekend, so far we’ve had a really good year. It’s not going to change the world for me if I finish first or second at the end of the day. But I’m always going to give my best.

“We’ll see again in Austin how it’s going to go. We won’t give up, we’ll always try to do the best we can. 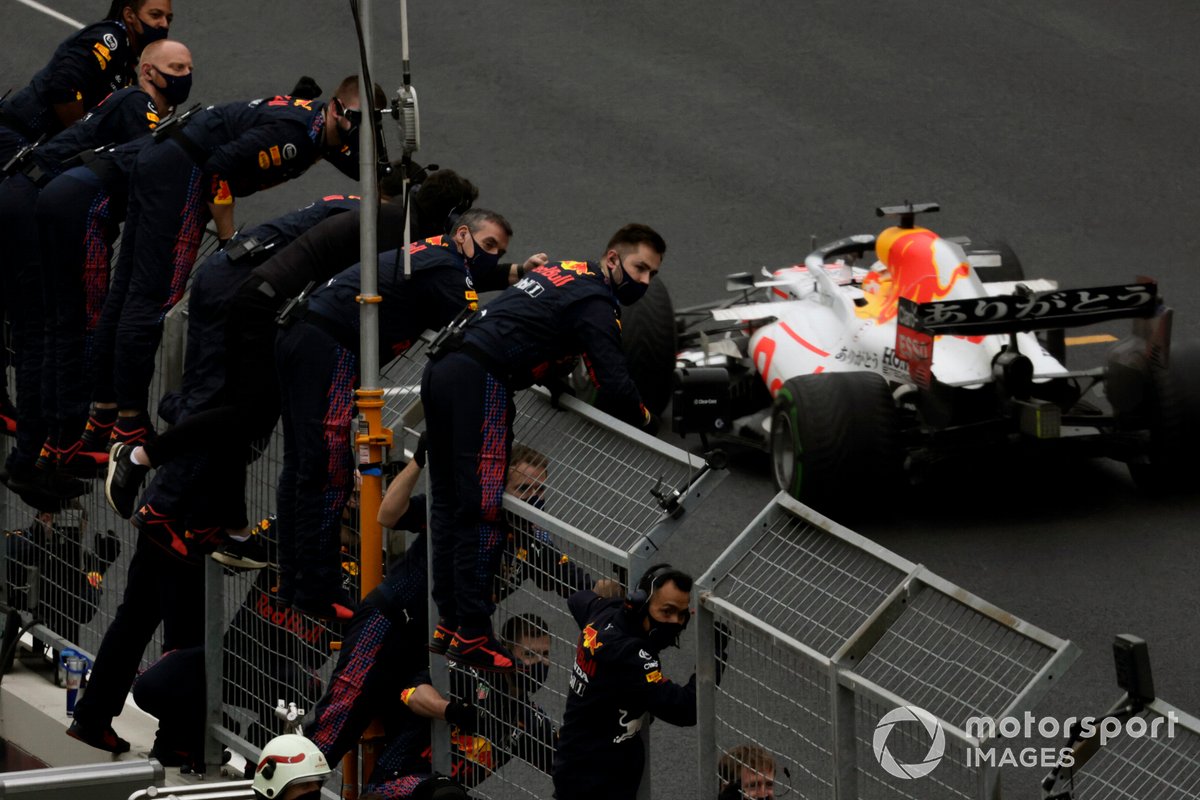 “Hopefully in the end, for the championship, it is going to be enough. But if it isn’t, I’m not going to sleep less.”

Verstappen had sat within a couple of seconds of Bottas at points in the opening stint, and looked to gain an advantage by switching to a second set of intermediates before Mercedes came in.

Mercedes reacted one lap later to ensure Bottas retained his lead, with Verstappen then opting against charging to try and cut the gap in the closing stages to ensure he kept second.

“Considering our whole weekend, being a bit off-pace compared to Mercedes, I think we had quite a decent race,” Verstappen said.

“There was no point where I could attack Valtteri, and he was just managing his race also very well and looking after his tyres.

“Also I had Charles [Leclerc] quite close behind me in the first stint, he had very good pace as well. At one point, I said yeah, the tyres are pretty gone, they were completely work to slicks, so it was quite tricky out there when the track is like it was.

“So we decided to box, and basically after the stop, 20 laps to go I think, just decided to bring it home. I anyway didn’t have the pace to fight Valtteri, so there was also no need to be within two or three-tenths to try and just follow him.

“[I] just saved the tyres to the end basically.”