Max Verstappen thought he would win this year’s Formula 1 world championship after July’s French Grand Prix when he pulled out a big points gap over Ferrari rival Charles Leclerc.

With 12 wins, Verstappen has dominated proceedings throughout the year, pulling clear of early points leader Leclerc through the summer races.

Leclerc retired while leading in both Spain and Azerbaijan due to issues on his car, but was fully responsible for the error that saw him spin off while out front at the French GP.

The mistake opened the door for Verstappen to win the race in France and move into a 63-point lead over Leclerc at the top of the drivers’ championship.

Reflecting on his title win after the race at Suzuka, Verstappen said there were “a few moments where I thought we have a good chance” of winning the championship.

But he revealed it was after that race at Paul Ricard when he became confident of securing a second world title this year.

“The moment where I thought now we are going to win it was I think after Paul Ricard, where the lead increased by quite a bit,” said Verstappen.

“We had a quite competitive car, knew it was going to be quite close, in the coming races, but I was like, this is a gap which we cannot give away anymore.” 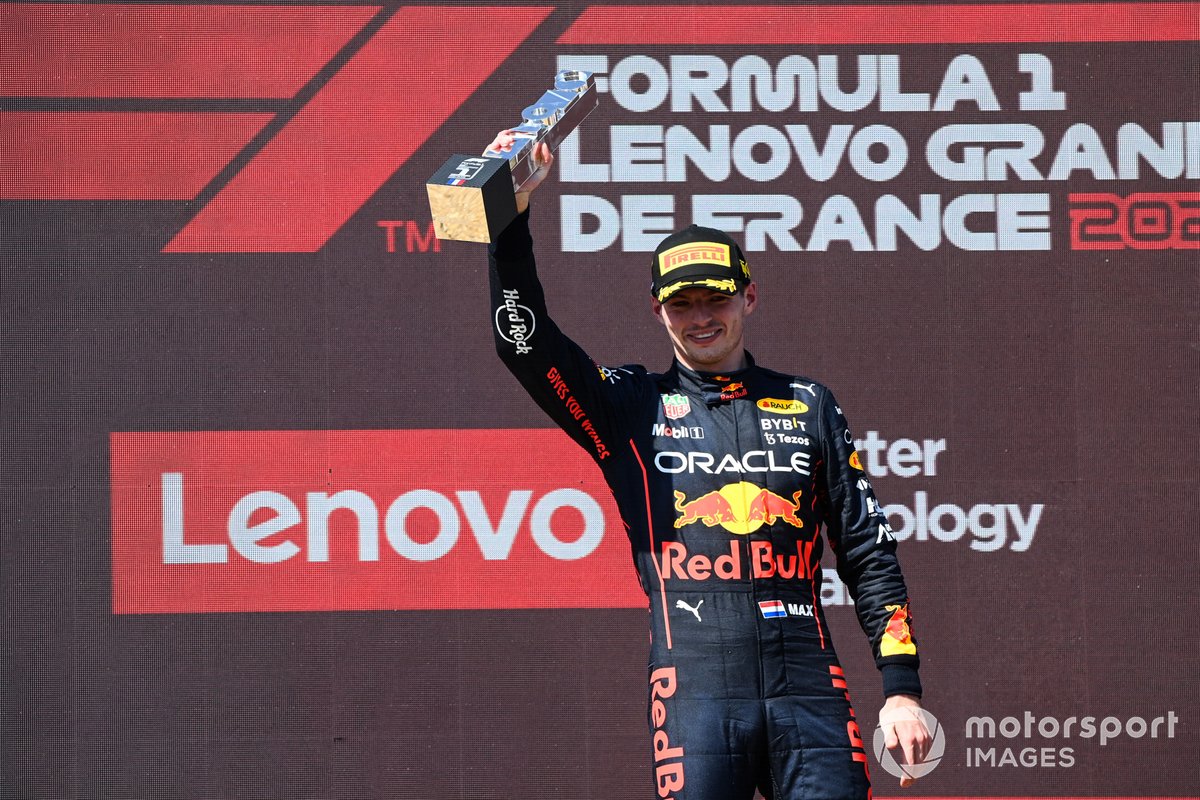 The win in France would start a five-race streak of victories for Verstappen as Red Bull pulled clear of Ferrari’s level of performance.

This included recovery drives in Hungary, where Verstappen started 10th, and Belgium, where a power unit change dropped Verstappen to 14th on the grid but could not stop him from scoring a dominant win.

Verstappen picked out his Spa victory as being the highlight of his charge to the championship.

“I have to go for the Spa weekend, because I think that was just total dominance,” he said.

“These kinds of weekends, they very rarely happen like that. And especially when I came home that night, you start to reflect a bit on the weekend.

“You realise that was, yeah, pretty crazy and pretty special.”