Verstappen "still not a fan" of F1 sprint races, despite Imola win

Max Verstappen says he still does not like Formula 1’s sprint race format, despite his Saturday victory over Charles Leclerc at the Emilia Romagna Grand Prix.

The world champion bounced back from a poor start at Imola on Saturday to launch a penultimate lap overtake on Leclerc to take the win that secures him pole for Sunday’s main grand prix.

But despite the thrilling nature of his pass, and the extra points he has earned, Verstappen says his long-standing dislike of the sprint weekends has not been quelled.

He has cited in the past that he does not like having just one practice session before qualifying, and that parc ferme restrictions lock in the car setup from Friday afternoon.

Asked after the sprint win if the exciting race had changed his views on the sprint, he said: “No, it doesn’t for me. I'm still not a fan of sprint races because in the end it doesn't change anything.

“It doesn't matter if you have such a good fight during the sprint race or during the actual race. I just like the way the whole weekend goes much better with a normal weekend schedule.”

While not upbeat about the sprint format, Verstappen said he was at least more encouraged by the pace of the Red Bull – which significantly suffered less tyre degradation than Ferrari.

The Dutchman thinks that the turnaround from Australia, where Red Bull was much worse off, came simply down to the team finding a better balance with the RB18. 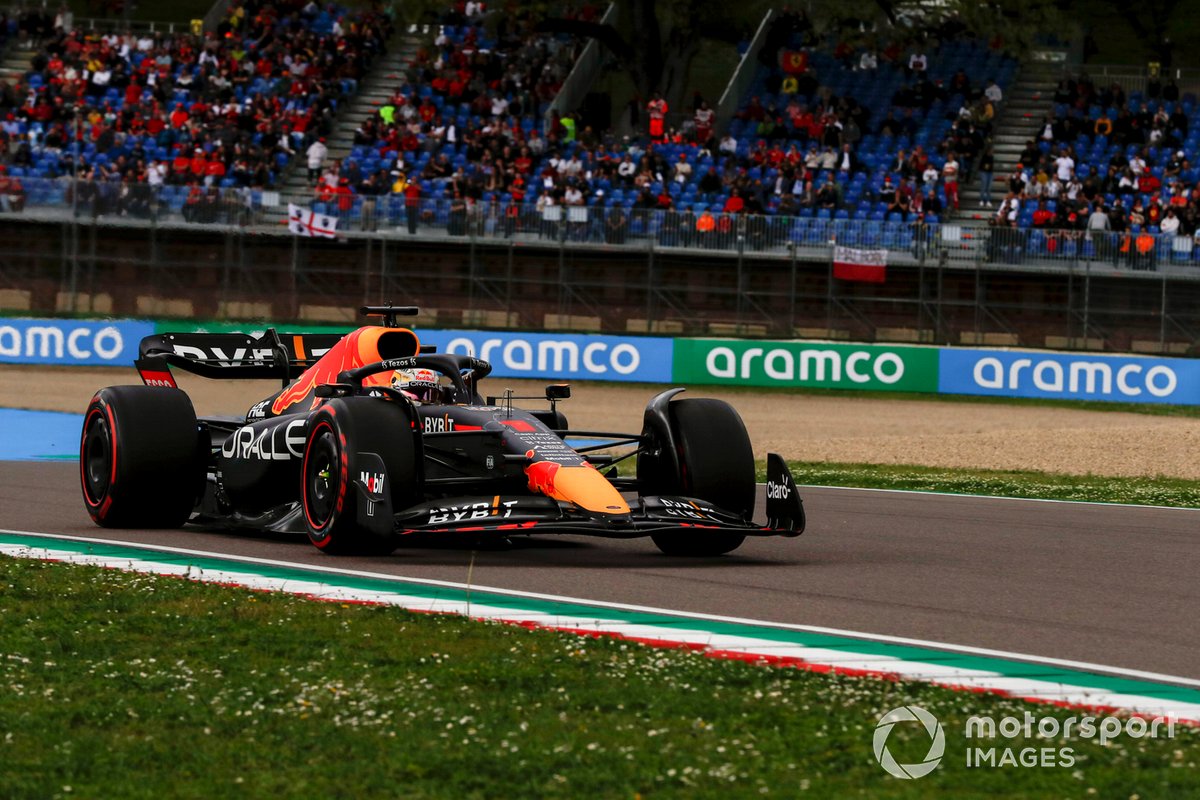 “We had a very bad balance in qualifying and a totally different balance for the race in Australia,” he said. “That balance hurt us a lot in terms of tyre deg at the left front.

“In the end, this is a very different circuit. In Australia, Ferrari looked great but if you understand everything perfectly, you have no problems here of course.

"It's hit-and-miss with how the tyres work. But the things we learned in the second practice session worked out well for the race.”

Verstappen reckoned that some weight saving measures taken by Red Bull had also assisted him – although he could not be specific about how much of a help they had delivered.

“I find it difficult to say because [Friday] was a bit of a disrupted day, so it's very difficult to compare,” he said.

"But the feeling is certainly a bit better and the car is definitely lighter than before.

“I have a bit of a better feeling now, yes. But the cars are still very new and very sensitive with the tyres.”

How Hamilton is facing up to Mercedes' harsh new reality