Max Verstappen has said that his boycott of Sky Sport's Formula 1 coverage is now over.

The Dutchman, and his entire Red Bull team, did not take part in any Sky media commitments over the Mexican Grand Prix weekend as the result of what it claimed was "disrespectful" reporting.

As well as this involving Sky’s F1 channel, it included the company’s regional channels in the UK, Germany and Italy.

Red Bull’s actions were believed to have been triggered by comments made by Sky’s pitlane reporter Ted Kravitz, who had suggested after the United States Grand Prix that Lewis Hamilton had been "robbed" of the 2021 crown.

Speaking about the matter in Mexico, Verstappen had said: "This year it's been a constant… yeah, kind of like daily being disrespectful, especially one particular person. And it's enough, I don't accept it.

"You can't live in the past. You just have to move on. Social media is a very toxic place, and if you are constantly being like that live on TV, you make it only worse instead of trying to make it better.

"You keep disrespecting me, and at one point, I'm not tolerating it anymore. That's why I decided to stop answering them."

But with Red Bull having made it clear that the boycott was about making a one-off stance, rather than being a long-term act, things have now returned to normal between the team and Sky. 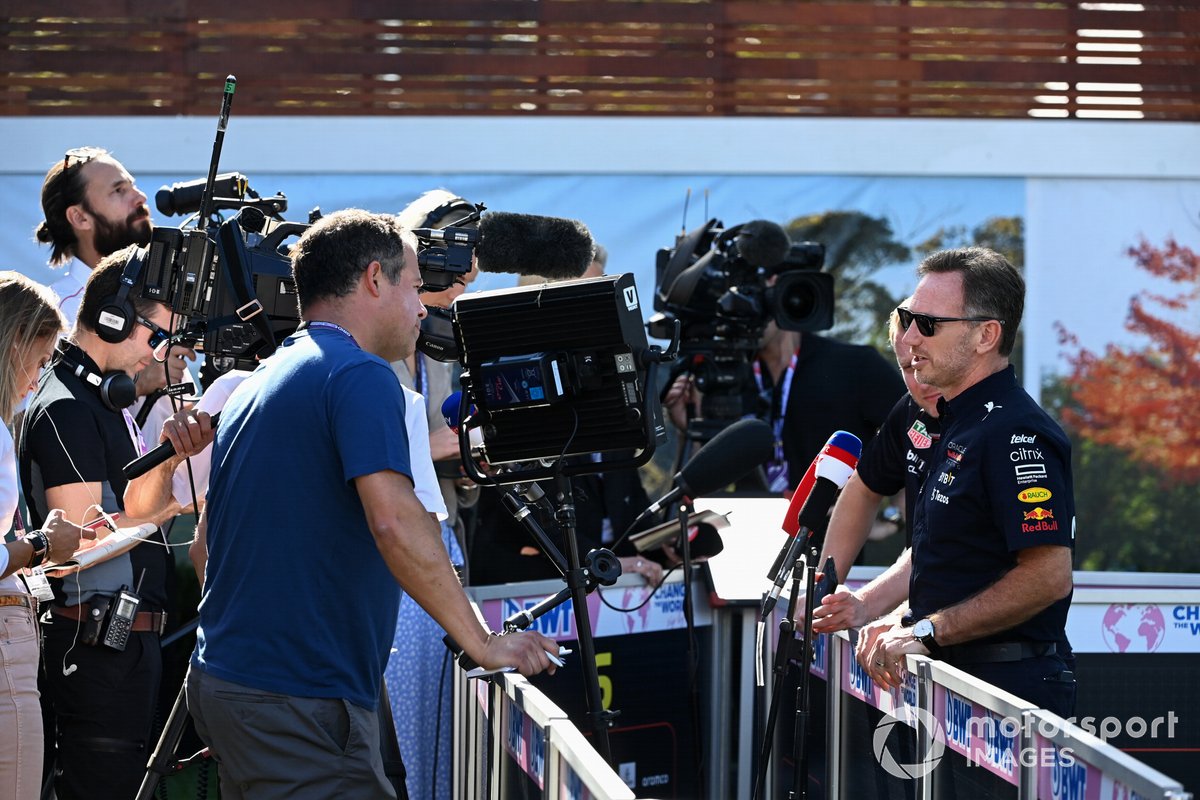 Speaking later about the situation with Sky, Verstappen said: "Yeah, we drew a line under it. So we just keep on going."

Red Bull team boss Christian Horner had said after the Mexican GP that his squad was upset about any suggestion Verstappen’s maiden drivers’ crown in 2021 was tainted.

"I think an accusation of championships being robbed is something that we don't feel is an impartial commentary," said Horner. "That is, we don't feel, in any way fair or balanced.