The early title win with four races remaining is a stark contrast to Verstappen’s maiden championship win last year, which was only secured on the last lap of the last race of the season against Lewis Hamilton in Abu Dhabi after a fraught tussle.

Comparing the two championship wins, Verstappen said: “I think the first one is always a little bit more emotional. But the second one is probably even more beautiful.”

Verstappen pointed out the dominant nature of Red Bull’s year, in which he has scored 12 wins - one shy of the record for most in a single season - and the great team results that have put it on the cusp of a first constructors’ win since 2013.

“The season we've had with the wins and just the great races and the teamwork, the 1-2s we have had and of course, we're leading the constructors, so we really want to focus on that as well, to try and secure that,” said Verstappen.

“So it's been a pretty special year. It’s something you really have to remind yourself of, because these kinds of years, you don't have very often.” 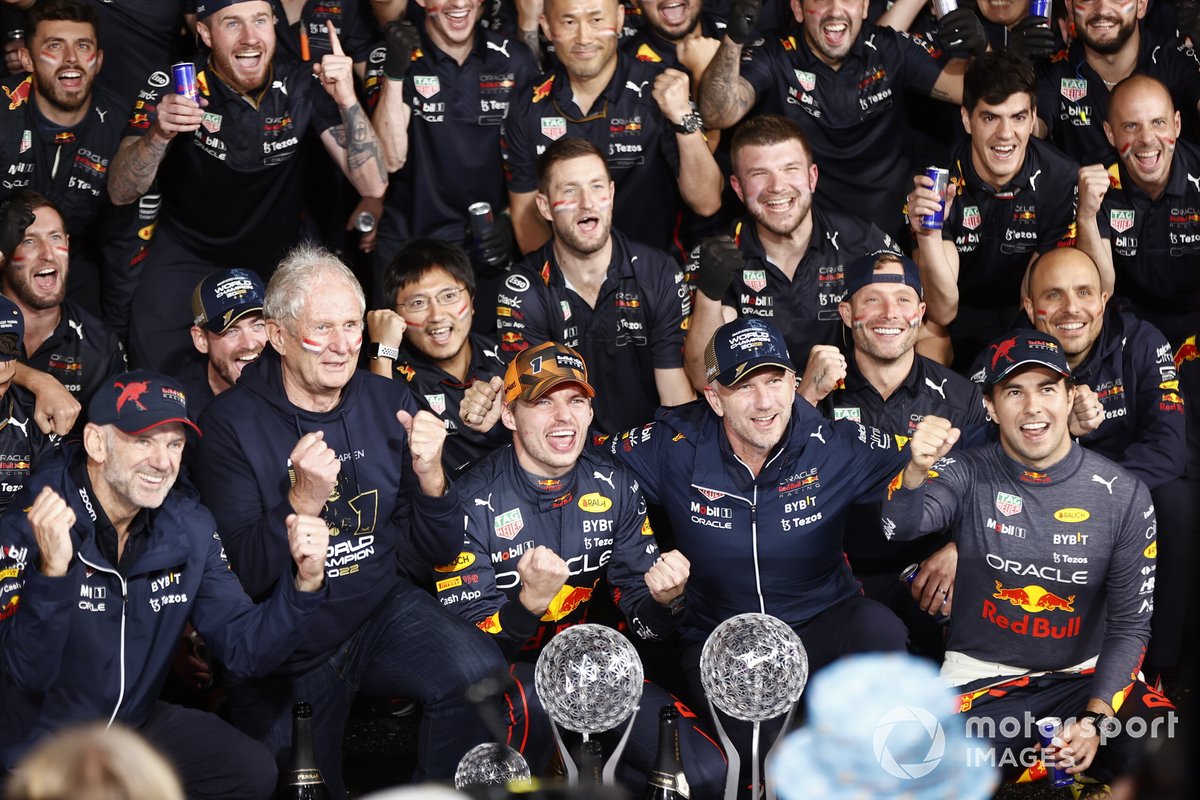 Verstappen’s back-to-back F1 title wins came despite a significant overhaul of the technical regulations for this year that ensured that the cars behaved in a different fashion, as well as the impact of the cost cap.

Verstappen found he was able to win races through this year in a different fashion to 2021. He won from 10th on the grid in Hungary, 14th in Belgium after an engine penalty and seventh in Italy again after a grid drop.

“Last year it was all really qualifying dependent, and that's how you would normally win a race,” said Verstappen.

“Now, even with some engine penalties, it was coming back to the front. It’s really been an enjoyable year, and of course, a very special year, which will be very hard, I think, in the future to match from myself.

“That's why I think we really have to appreciate it and really enjoy it. We were enjoying it already. Probably now we can just enjoy it a little bit more.”