Both Verstappen and team-mate Sergio Perez showed great pace throughout the practice sessions at the Baku circuit, and underlined their credentials to potentially claim pole position as the pair made it to the top of the Q2 timing sheets.

After Verstappen's first lap in the final part of qualifying was good enough for third, the Dutch driver sought to overcome both Charles Leclerc and a resurgent Lewis Hamilton ahead of him.

But any bids to improve on laptimes in the final part of the session were curtailed by the fourth red flag of qualifying caused by Yuki Tsunoda and Carlos Sainz Jr; Tsunoda crashed at Turn 3 and Sainz followed him into the wall having "lost focus" after spotting the errant AlphaTauri going off.

"[It was] just a stupid qualifying, to be honest," Verstappen said. "But anyway it is what it is, still P3.

"We had a good car, good recovery from FP3, of course, I think everything was working out fine.

"But all this shit is all the time happening - I think, in Q3, then it's just unfortunate, but is a street circuit so these things can to happen.

"And like I said, our car is strong so I just hope tomorrow in the race, we can look after our tyres and score good points." 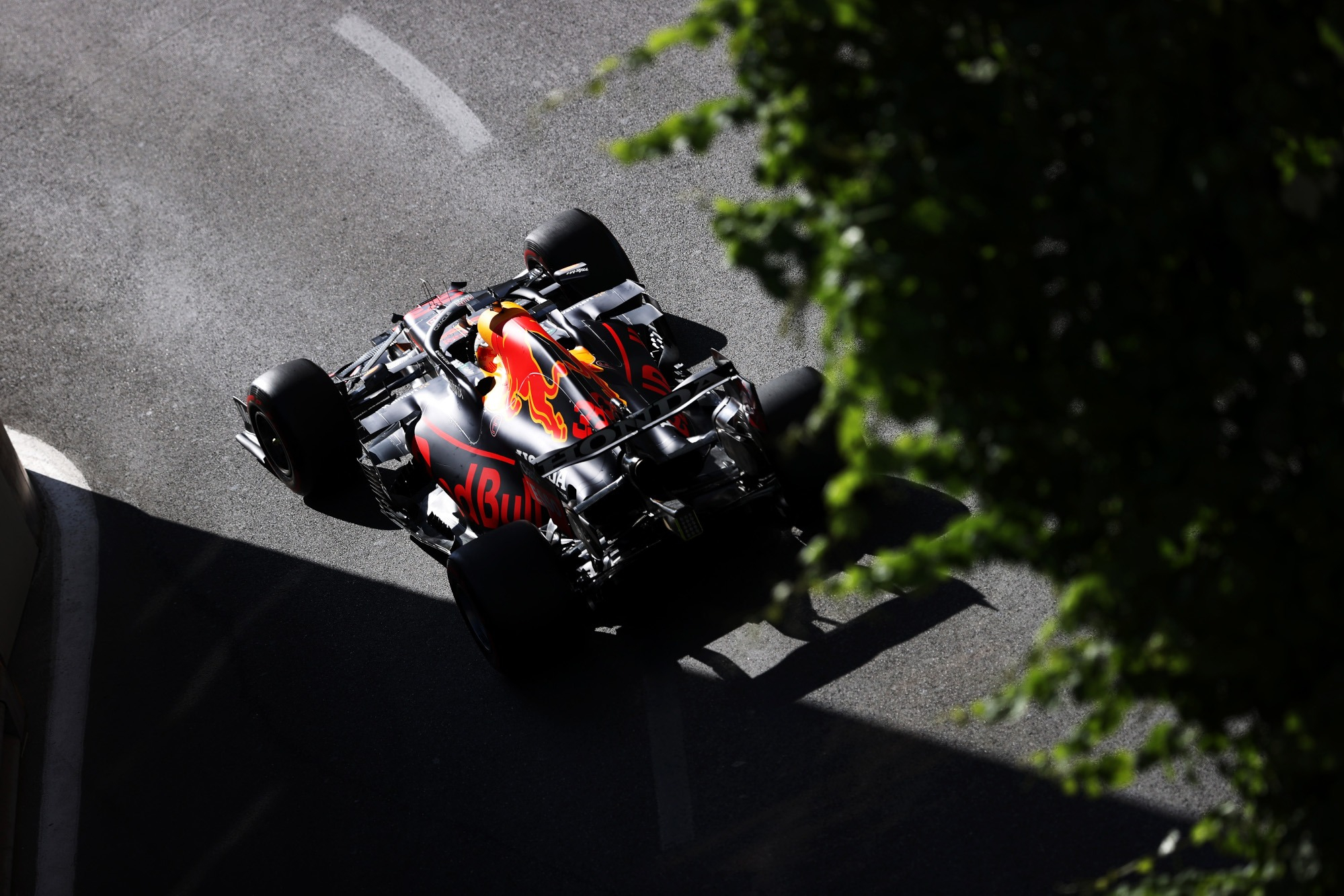 Verstappen was keen to assert that there was still "a lot to play for" in Sunday's race, with the Baku circuit a frequent venue for anarchic F1 races, but also hoped for a clean race.

"We are still up there," he added. "Of course we would like to start a bit further ahead but there is still a lot to play for.

"As you can see in qualifying, a lot of things are happening - so maybe in the race, these things can happen again. Let's hope for just a bit of a clean start and we'll see from there."

When asked if he was looking forward to continuing his close-quarters battles with title rival Hamilton on-track, Verstappen was positive - and also suggested that Leclerc's presence in the mix should add to the spectacle.

"Yeah, of course, three different cars as well - it's always good to have that," he said.

Verstappen has never finished on the podium in Baku - his highest finish being fourth place in the 2019 grand prix at the circuit.