For the second year running, Verstappen saw his hopes of a top grid slot dashed by someone else’s mistake bringing out a red flag and stopping the qualifying session.

Last year, pole position man Charles Leclerc crashed at the Swimming Pool exit chicane and brought out the red flags, while this time it was a spin from Red Bull’s Sergio Perez that brought things to a halt.

A frustrated Verstappen admitted that it ‘sucks’ that drivers who take things too far and crash get away with keeping their grid positions.

“It is irritating and a pity of course that the one who put it in the wall was my team-mate,” he said.

“But in the end you don't get a penalty for that. So if you know you have a good first run, then you can think: ‘ah well, you know what, I'll park it and tactically send it into the wall.’ You could do that.”

Leclerc's crash last year prompted some debate about whether or not F1 should adopt red flag rules used in other categories – where drivers who stop sessions lose their best laps.

In the end, the discussions did not move forward and right now there is no downside to a driver bringing out a red flag.

Asked if the rules needed to change, Verstappen said: “That's something we've been working on for a while.

“It's nice for the person who hangs it in the wall. But for me it's a bummer, of course.” 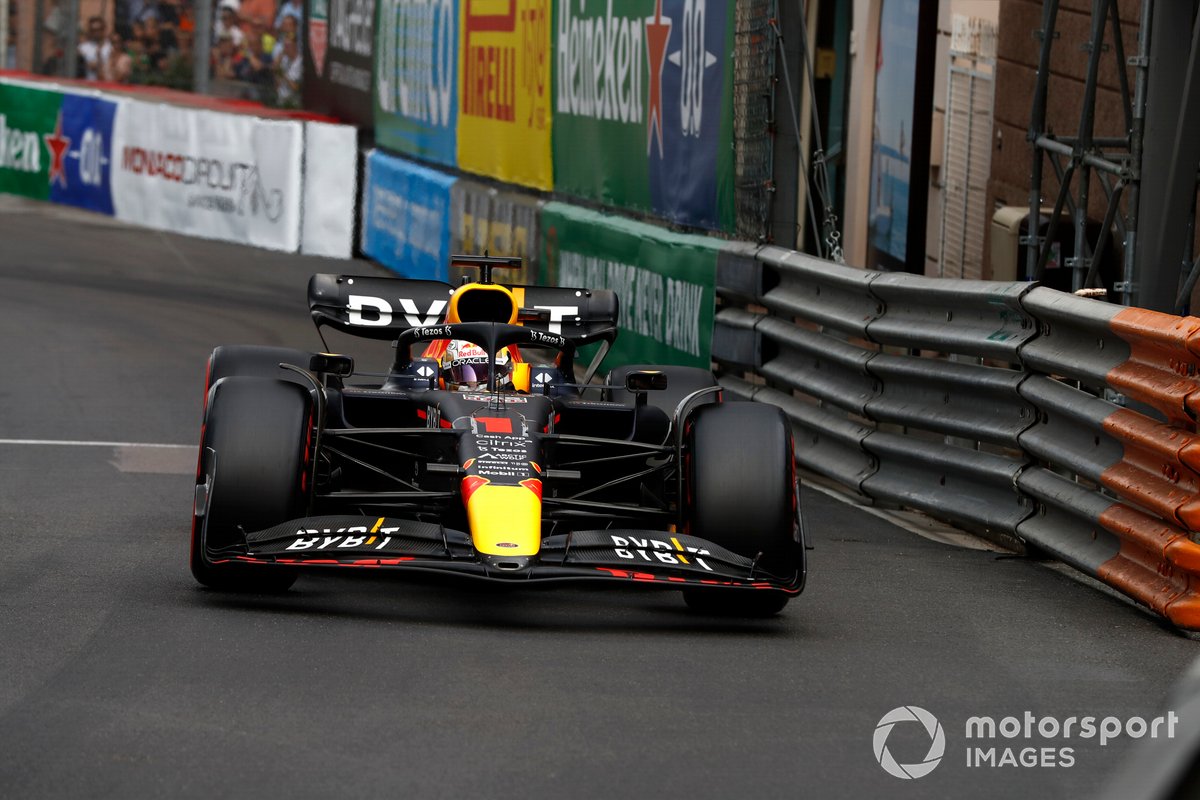 Verstappen has had a weekend where he hasn’t appeared to be as comfortable with the Red Bull as team-mate Sergio Perez.

The world champion will start fourth on the grid, one place behind his Mexican team-mate.

Reflecting on what has happened, Verstappen thinks setup choices have not given him the sharp front end that he likes in a car – although he believes a front row slot was potentially still on the cards.

“We tried a few things with the car in practice and not all of those things worked out well,” he said.

“Then we changed a few things for qualifying, which I think made it a bit better.

“I just didn't have enough grip the whole time, at the front. And here in Monaco it is very important that the car turns very quickly and I didn't have that. And then you just lose a lot of time because you can’t attack the corners.

“He [Perez] is just feeling a bit more comfortable. He had the balance more how he wanted it. He can drive with a bit more understeer, he likes that. But for me the car has to be very strong at the front.”