Max Verstappen believes Red Bull is moving away from "quite painful" performances at power-sensitive Formula 1 tracks, while Honda's negative feeling towards such circuits is also disappearing

Verstappen has won two races with Honda power so far in 2019, in Austria and Germany, but also had the pace to finish on the podium in Britain as Red Bull enjoyed comfortably its most competitive race at Silverstone for several years.

Honda is offering superior reliability compared to the Renault unit Red Bull used 12 months ago, and Verstappen believes the team is "absolutely" progressing with its pre-season goal of moving away from circuit-dependent victories.

"Last year we were definitely down on power, and on those critical tracks it was definitely quite painful," Verstappen told Autosport.

"This year we are close to Mercedes. Ferrari is of course flying on the straight, but they have less downforce.

"We look all right against [Ferrari], but sometimes they have that upper hand like at Silverstone, they had that slight advantage [on the straights].

"The same basically at Hockenheim, that was the perfect track for them.

"We know that we still can improve our car. And from the engine side, they are pushing it hard.

"We know what we get in the coming races, and again it's all very planned and measured and without any silly risk-taking.

"It's not like suddenly there is an engine failure out of the blue because they did something, it's all very structured and I like that. It's not reckless with engine modes and stuff." 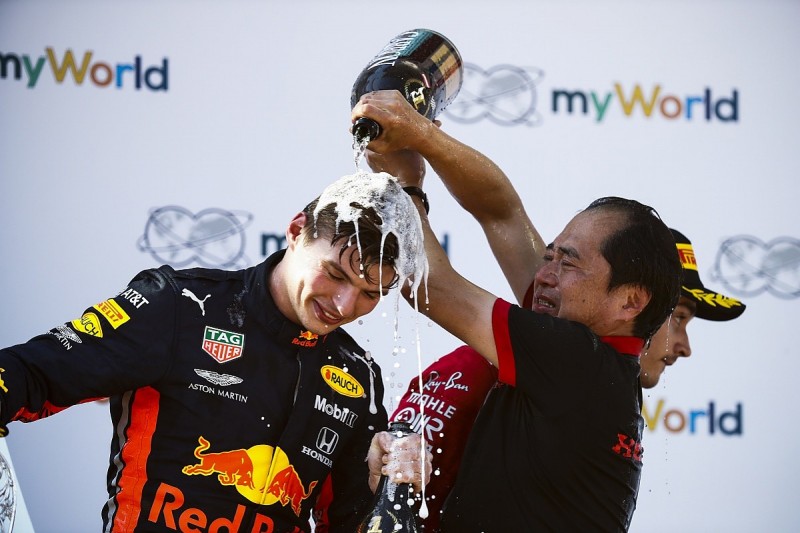 Verstappen said he had been "a bit worried" before the British GP, where Red Bull was well off the pace in 2018, but instead the team had its strongest performance-wise showing of the V6 turbo-hybrid engine era.

He said it was "massive" to be within two tenths of pole position in qualifying there, although Honda will have a greater test at the coming races in Belgium and Italy.

While the Spa and Monza circuits are likely to suit Ferrari's package best, Honda - which has been mulling over when to introduce another engine upgrade - is not scared about what these races hold.

"We are not sure if we can call it fear, but the negative feeling towards power circuits is getting less and less," Honda's F1 managing director Masashi Yamamoto told Autosport.

"In terms of Spa/Monza we weren't that bad last year. It was much better than our expectations.

"That was down to how to manage the engine, and we have improved that a lot after Austria. We have less fear now towards those circuits."

Red Bull team principal Christian Horner believes the team is getting "closer and closer" to being in the mix everywhere.

"Hockenheim, we were very competitive in qualifying and then the quickest car in the race.

"Across a variant of circuits we've managed to make a good step forward."