Max Verstappen says his team radio problems late on in the French Grand Prix didn't make his Formula 1 victory at Paul Ricard more complicated, as they occurred after his final pitstop.

Verstappen executed an aggressive two-stop strategy to win the French GP ahead of one-stopping Mercedes driver and title rival Lewis Hamilton, with the circumstances of the race playing out along similar lines to the season opener in Bahrain and the Spanish GP.

Hamilton won both of those events after Verstappen botched his late passing attempt in Bahrain and Hamilton was switched to a two-stopper at Barcelona that also involved giving up track position to his rival, as Red Bull chose to do on Sunday at Paul Ricard.

But when Verstappen returned to the track to complete his third stint, charged with closing an 18-second gap and passing both Mercedes drivers, Red Bull was at times unable to hear his radio messages.

The team instructed him to try and move the microphone embedded in his helmet, but this did not seem to make much of an impact as the race entered the closing stages, where Verstappen in any case successfully chased back to Hamilton to reclaim first – which he had initially lost with an off at the race’s first corners and then unexpectedly taken back by undercutting Hamilton at his first stop.

When discussing Red Bull’s successful race-winning strategy in the post-race press conference, Verstappen explained that the team radio issues meant “even if I wouldn’t agree to it, I could have been talking on my radio but they would never understand me anyway!”

He added: “I don’t know [what the problem was].

“It was literally next to my mouth. I tried to change it and it was always in the same position as previous races and stuff. So, I don’t know happened.”

When asked if the radio problem had made his third stint harder, Verstappen replied: “No.

“I just couldn’t talk back to them. But they of course could feed me all the information and that’s the most important [thing] – because the stops were done.

“So, I could talk to them [if the radio had been working], but what can you do?” 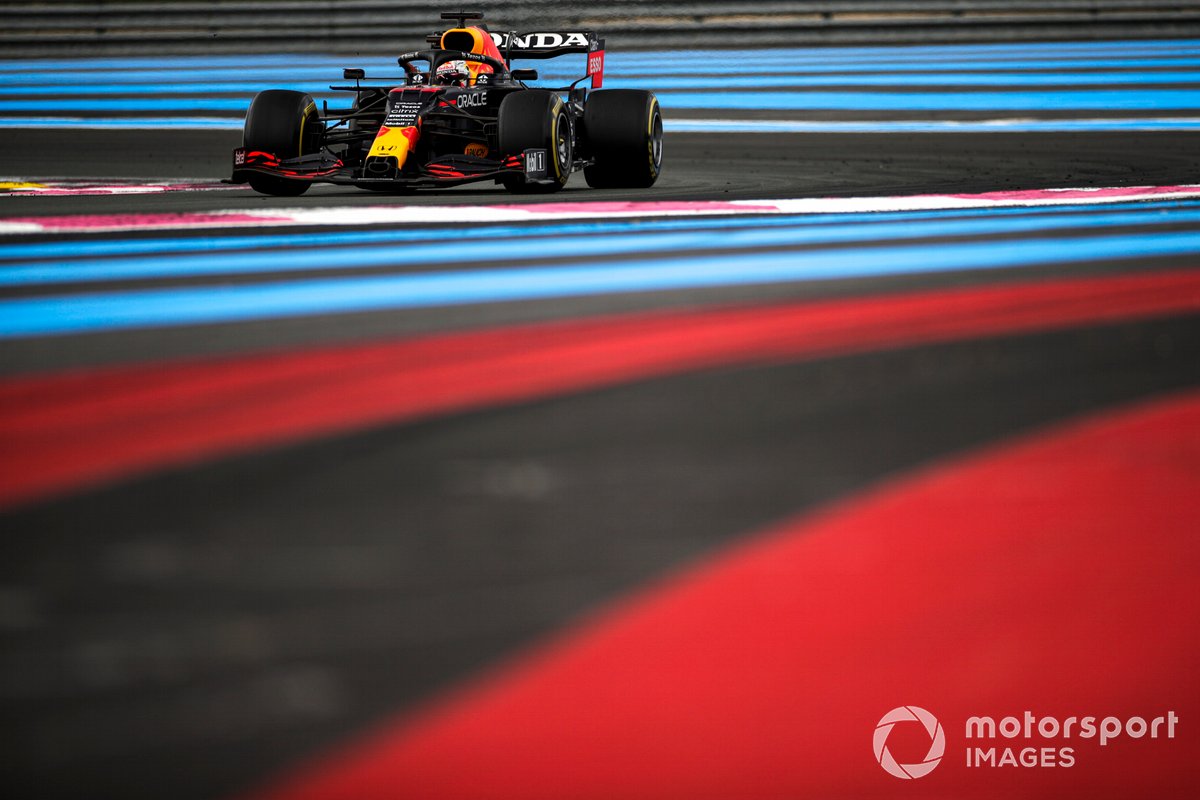 Verstappen also said that victory in the French GP – previously a Mercedes stronghold where the Black Arrows had been undefeated since the race returned to the F1 calendar in 2018 – was “very promising”.

“Clearly, in the race with how the conditions were in the beginning [cooler and windier compared to qualifying and with less rubber on the track surface after rain on Sunday morning], it was not easy for us,” he continued.

“But then again towards the end I think the car started to come together again and we were very competitive.

“Of course I’m very pleased for that and I hope that we can keep this up.”