Max Verstappen thinks people were 'hypocritical' to lambast him for walking away from his crash with Lewis Hamilton at Formula 1's Italian Grand Prix without checking on his rival.

Hamilton was one of those who expressed his surprise after their incident at Monza that Verstappen left the scene without ensuring that the Mercedes driver was uninjured.

That response came a few weeks after Verstappen had hit out at Hamilton for celebrating his victory in the British Grand Prix while the Dutchman was in hospital undergoing medical checks following their opening lap crash.

Verstappen does not think there are any grounds to suggest he did anything wrong in Italy – as he knew Hamilton was fine because the Briton was trying to reverse out of the gravel trap.

He also says the fact that Hamilton flew the day after Monza to attend the Met Gala in New York showed that there was little wrong with his rival.

"There are a lot of hypocrites in the world, that's for sure," said Verstappen, when asked about the criticisms for what he had done after the crash.

"I mean, I jumped out of the car and I looked to the left. And he's of course still trying to reverse, shaking the wheel, trying to get away under my car. So I think he was absolutely fine.

"Also flying on Monday or Tuesday to America to attend a gala, I think you only do that if you feel fine. So I think already there, everything was all under control." 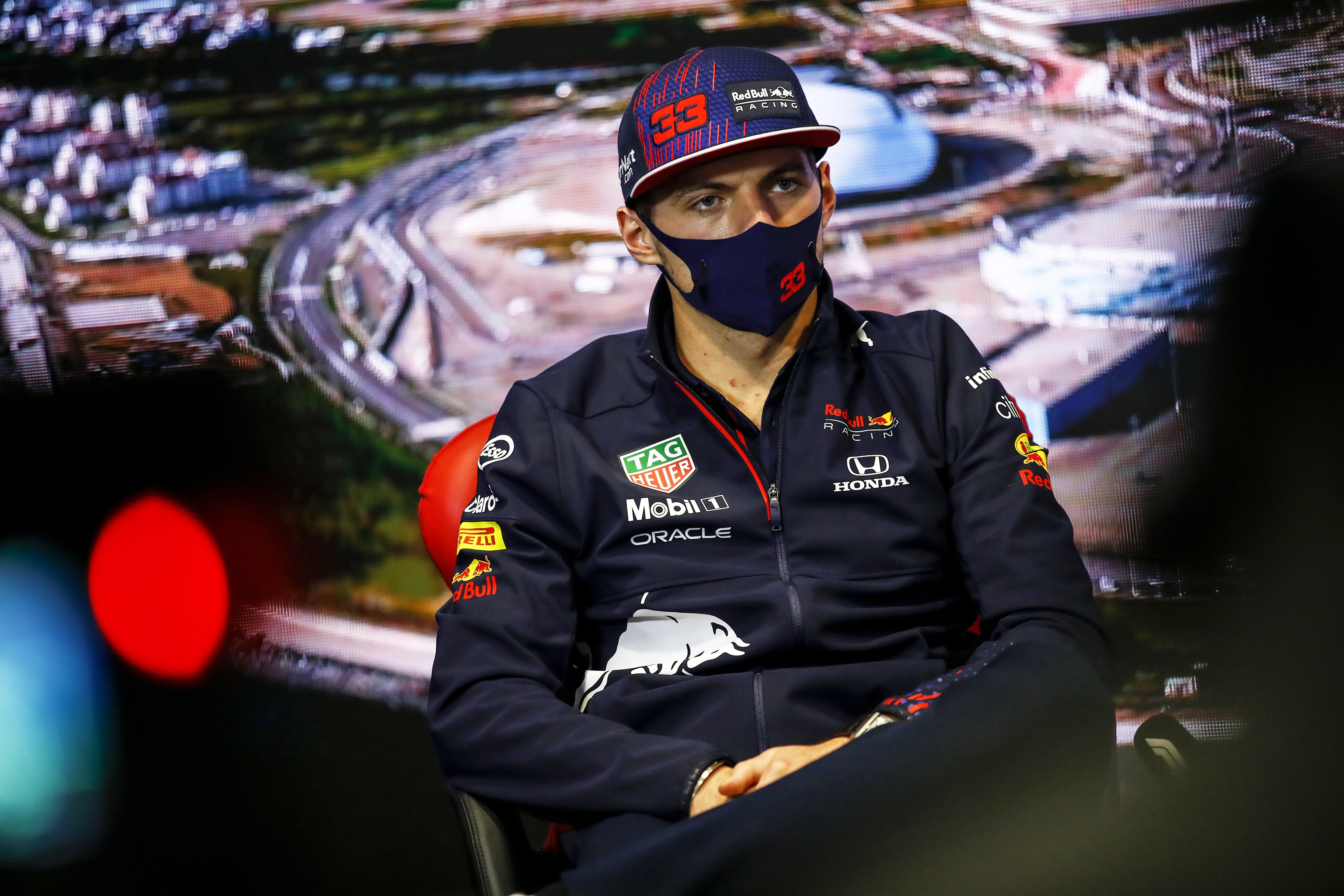 Verstappen was handed a three-place grid penalty for this weekend's Russian Grand Prix by the race stewards at Monza for being predominantly to blame for the crash with Hamilton.

Having found out about the punishment as he travelled home, the Red Bull driver has suggested that he has a different view on who was to blame for what happened at the first chicane.

"I was a bit surprised to hear the three-place grid penalty myself, but at the end of the day, it's what they decided," he said. "I don't need to agree with it.

"I have my own views, of course. But we just move on and make the best of it. It is of course, not ideal. But it's not the end of the world."

And while outsiders have suggested that there is a high likelihood of the title contenders having further collisions as the championship battle nears its end, Verstappen says he has no worries about things escalating from here.

"Not from my side," he said. "I'm pretty calm and chilled about everything. It's more the questions I keep getting about it. We're all professional enough to leave this behind at Monza, and let's continue again here in Sochi and the races after that."