Max Verstappen says he was "more on the edge with track limits" on his Austria Formula 1 pole lap as he pushed to recover time lost earlier in the lap.

He eclipsed chief 2022 rival Charles Leclerc in the dying moments of a session twice red-flagged, owing to crashes from both Mercedes drivers, who had been a credible pole threat.

The Ferraris left the pits ahead of the Red Bull for the final 2m30s qualifying shootout.

Leclerc set a personal best first sector, lost time in the middle part of the lap but then set the fastest run of the session through the final sector to snatch provisional pole with a 1m05.013s.

Verstappen, meanwhile, had missed his personal bests in the first and second sectors - albeit his slower time in S1 was still 0.07s up on Leclerc before he ceded 0.03s to the Ferrari in S3.

The Red Bull driver then snatched top spot for the sprint race away from his rival, a personal best final sector just 0.002s slower than Leclerc to post a 1m04.984s benchmark.

Explaining his lap, Verstappen knew he had dropped time early on and therefore had to be "pretty spot on" and did so being aggressive with track limits through the final corners.

Verstappen said: "It was a bit tricky. I think the long wait [after the red flag] is never amazing.

"Then we went out. My Turn 1 and 3 were not the best, so I knew that the rest of the lap needed to be pretty spot on here to be able to do something. 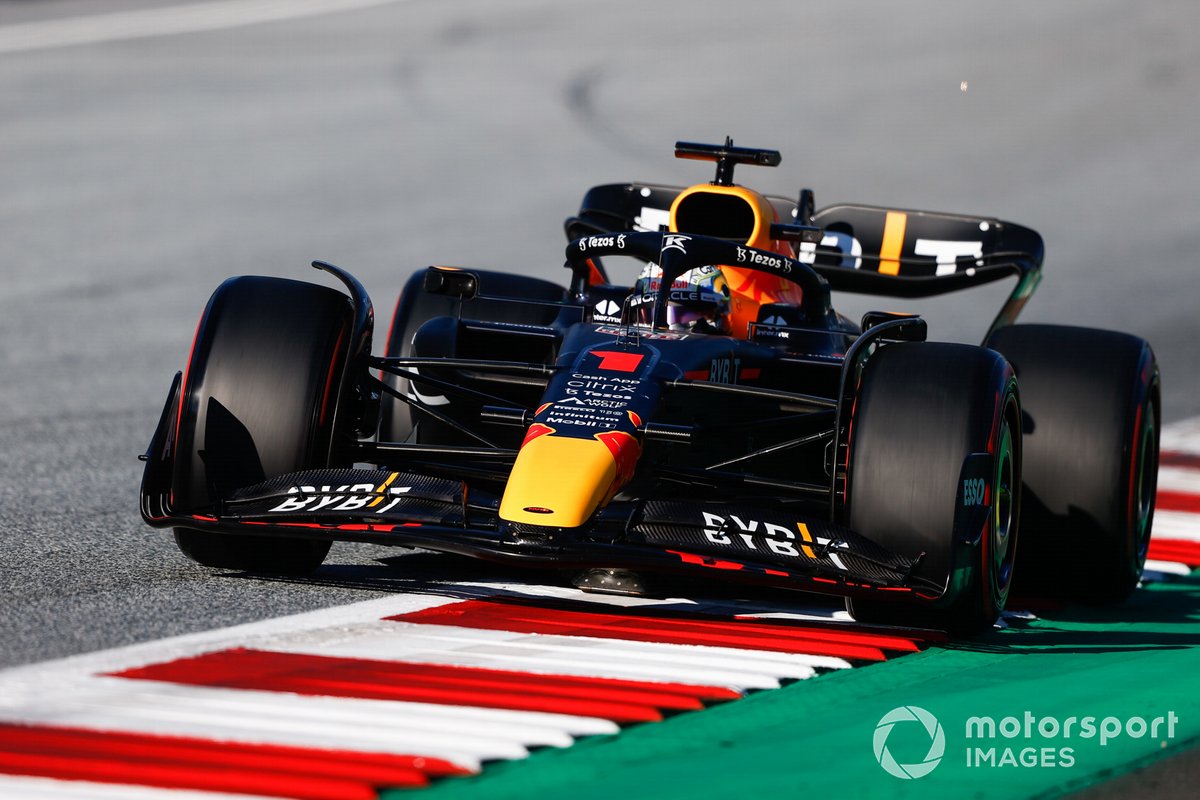 "And I think especially the last sector was a lot better than what I've done before, and more on the edge of course with the track limits.

"It was good. It was close. I knew it was going to be close but of course, it's always nice to just be ahead."

A second pole in three races comes after Verstappen asked Red Bull to give him a quicker car for qualifying in Azerbaijan, having watched Leclerc seize fours poles in a row between Miami and Baku.

That one-lap advantage combined with the RB18's race pace underlined Verstappen's confidence for the sprint contest.

He continued: "I think we have a great car normally. Qualifying is not our strongest point.

"So, I just hope of course, to have a clean Turn 1, a good getaway and from there onwards anything can happen. But I feel confident with the car we have."