Verstappen: "No reason to believe" in F1 title right now

Max Verstappen believes there is "no reason to believe" in the Formula 1 title at the moment after suffering two retirements in the first three races of the season.

Verstappen was forced out of Sunday’s Australian Grand Prix after a fuel system issue emerged on his Red Bull car, denying him a likely second-place finish.

A similar story played out in the Bahrain season-opener when a separate fuel pump problem meant Verstappen had to retire in the closing stages, costing him another 18 points.

The setbacks mean Verstappen now lies 46 points off runaway championship leader Charles Leclerc after the opening three races of the season, denting his hopes of defending his maiden F1 crown from 2021.

Verstappen acknowledged it was still a long season with 20 races remaining and joked he thought “we need 45 races”, but said Red Bull had to find more pace to get ahead of Ferrari.

“Being already so far down in the championship, I think it's 46 points, from now on we need to be ahead,” Verstappen said.

Asked what chance he had of the title this year, Verstappen replied: “I don't even think about it. At the moment, there is no reason to believe in it.” 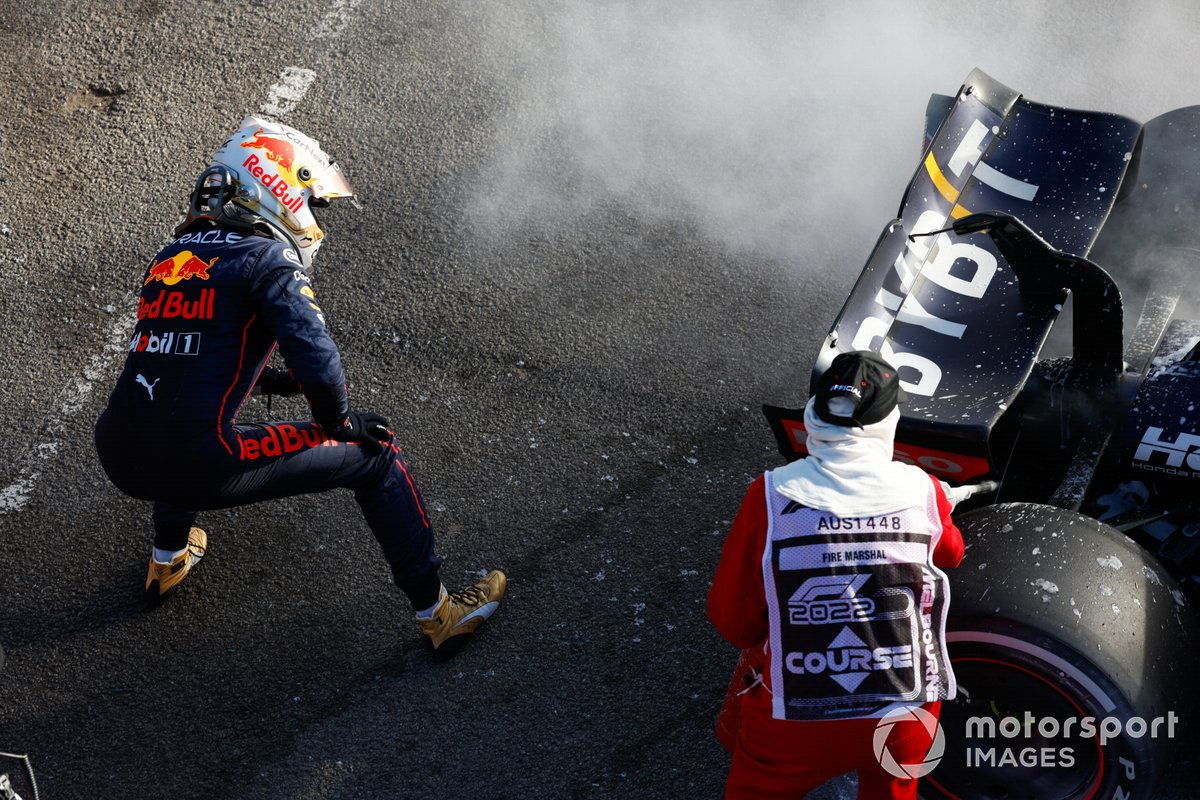 Max Verstappen, Red Bull Racing, retires from the race and a marshal assists with a fire

Verstappen lies sixth in the drivers’ championship after three races with 25 points, all of which were scored with his victory in the Saudi Arabian GP after a race-long battle with Leclerc.

Red Bull team principal Christian Horner was reluctant to dwell on the damage the retirements had done to Verstappen’s title hopes.

“We’re only just over 10% of the way into the championship,” he said. “So I think there’s still a huge amount to go. The encouraging thing is we’ve got the basis of a quick car.”

Horner also expressed his confidence Verstappen would bounce back from the disappointment of the Australia DNF.

“He’s obviously frustrated when he initially got out of the car, but he knows we’re all in it together as a team,” Horner said.

“We’ll bounce back. I’m sure he’ll be coming back strong at Imola.”

The Verstappen path Leclerc seems to be following in F1 2022