Red Bull was viewed by many as the outfit most likely to challenge Mercedes with F1's heavily revamped technical regulations, and headed to the Australian Grand Prix with Daniel Ricciardo believing it was within half a second on pace.

However the closest a Red Bull driver got to the ultimate pace in practice was 0.666 seconds, in the first session, with Verstappen its best qualifier in fifth place, 1.297s adrift.

Verstappen said the RB13's set-up sensitivity was a factor in its tough start.

"For me so far it's been a really troubled weekend," said Verstappen.

"I didn't really do a lot of running and we tried different set-ups and it's always going from one to the other direction so you want to change again but it takes a lot of time.

"It was similar in testing, it was quite tricky as well to find a good balance and yeah we definitely need to work on that."

"We are behind," he conceded.

"It's lacking grip, lacking power. Bit of both.

"We have to work on the car. We need more downforce, we need more grip.

"Tomorrow we won't have it, but for sure the factory will work hard." 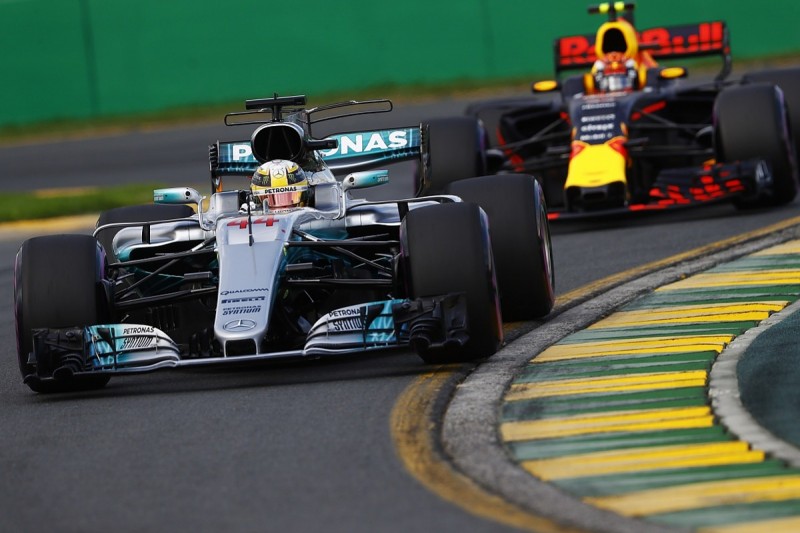 MARGIN MORE THAN ONE SECOND

Ricciardo's qualifying for his home grand prix finished with a "weird" crash at Turn 14, in Q3 and he will start 10th on Sunday.

Mercedes and Ferrari share the first two rows of the grid, and Ricciardo concedes Red Bull is "more than a second off" their pace, and that the deficit is visible.

"I think, sure, Ferrari and Mercedes are quicker. I look at the onboards and it's just like, the rear is more planted.

"It just seems like they've nailed a bit more downforce at the moment.

"We've still obviously got a bit of work to do ahead."